In the framework of refurbishing its historic shopping centre in China located in the heart of Shanghai in the district of Wunning, CARREFOUR wanted to restore the gleam and presence of its commercial property.

We’re proud to offer this magnificent scenography of France to the population of Shanghai and the 70,000 customers who come to our store every day. This is what happens when art leads to the meeting of cultures and business development! Thanks to the team of CitéCréation.
Patrick Ganaye
CEO Carrefour China 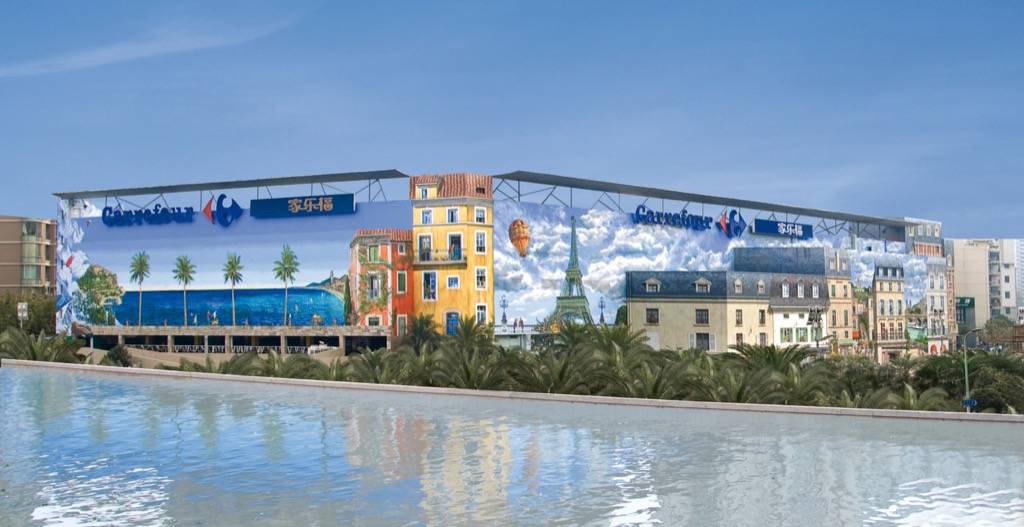 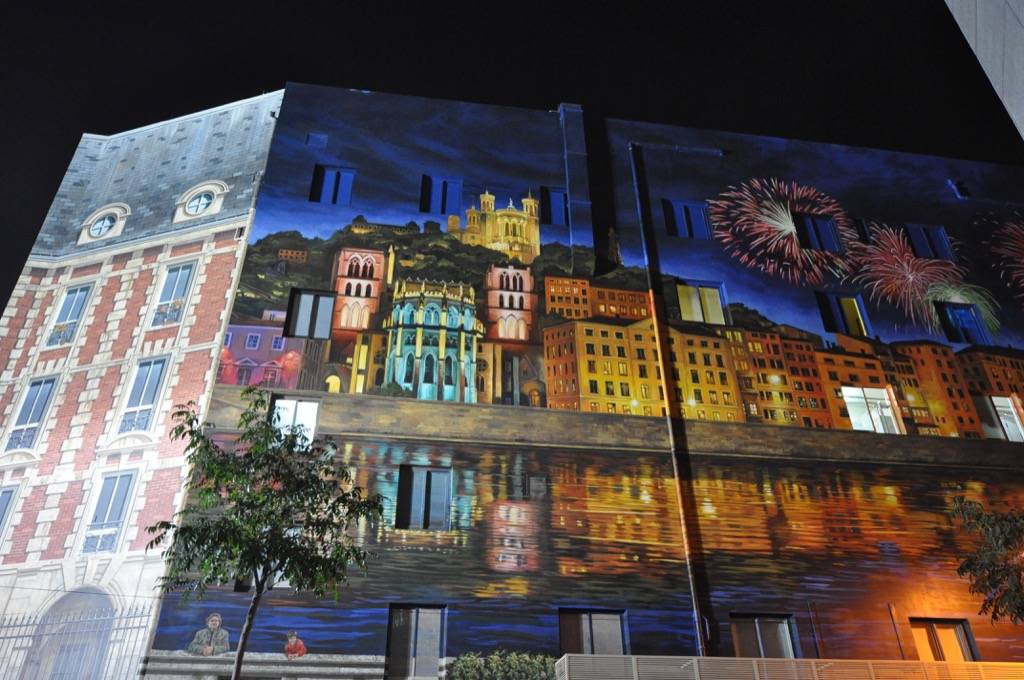 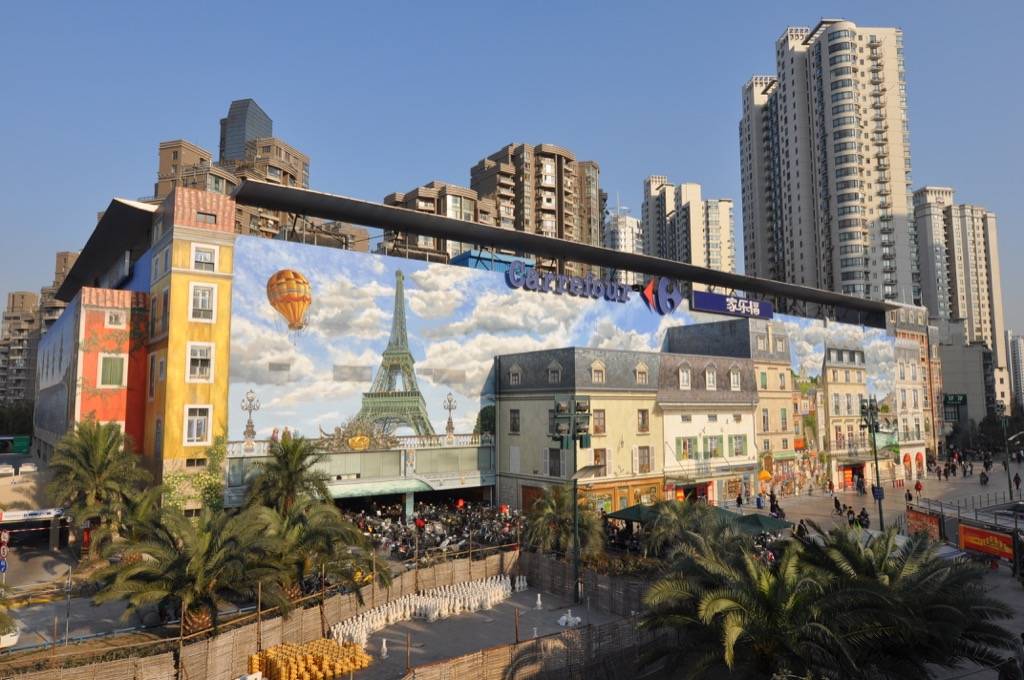 In 2007, relations between France and China were strained. Carrefour observed a fall in the number of its customers and its image was spoiled.
What was more, the shopping mall of the Wuning district found itself suffocated by a monumental and standardised urban environment. How could Carrefour win back the favour of its Chinese customers and restore the brand’s prestige?

CARREFOUR commissioned CitéCréation to redesign the facades in the most singular, qualitative and monumental way. Since CARREFOUR was
considered an exotic brand in China, CitéCréation took the option of projecting the company’s French identity by depicting emblematic images of France on the facade.
Since 2008 and the rehabilitation of the facades, the urban role of the shopping mall has been asserted by giving the district a new identity. Many visitors now come to discover this monumental work (the world’s largest architectural trompe l’œil) and couples even come to have their marriage photos taken in front of it! The wager of changing the mall’s image paid off and turnover rebounded immediately the works came to an end. 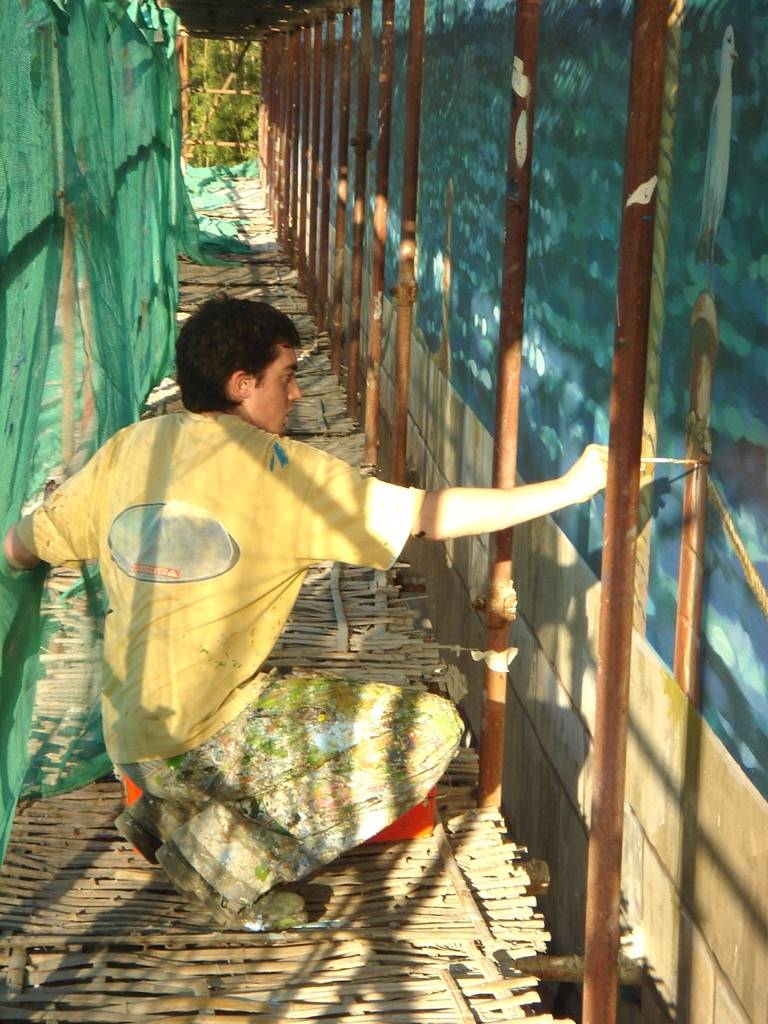 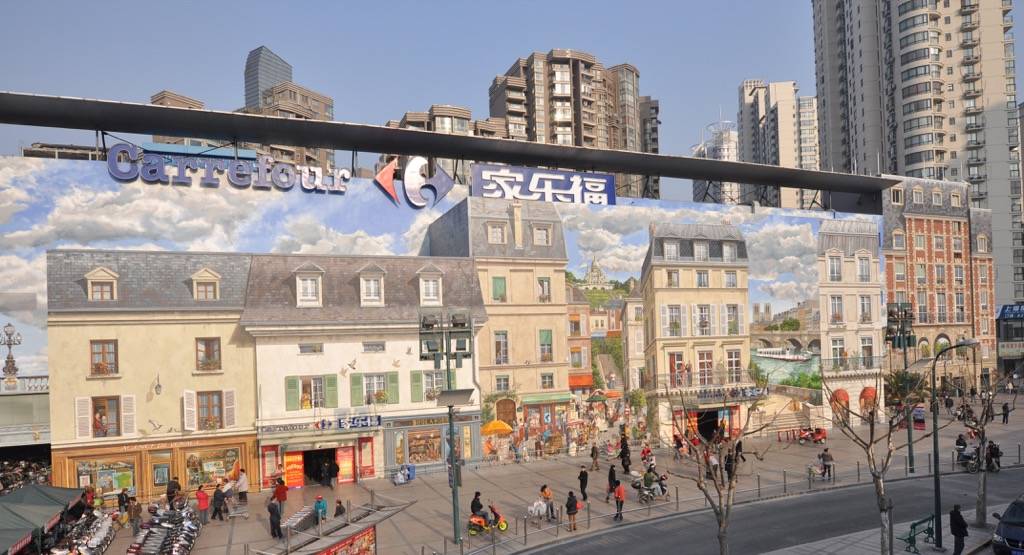 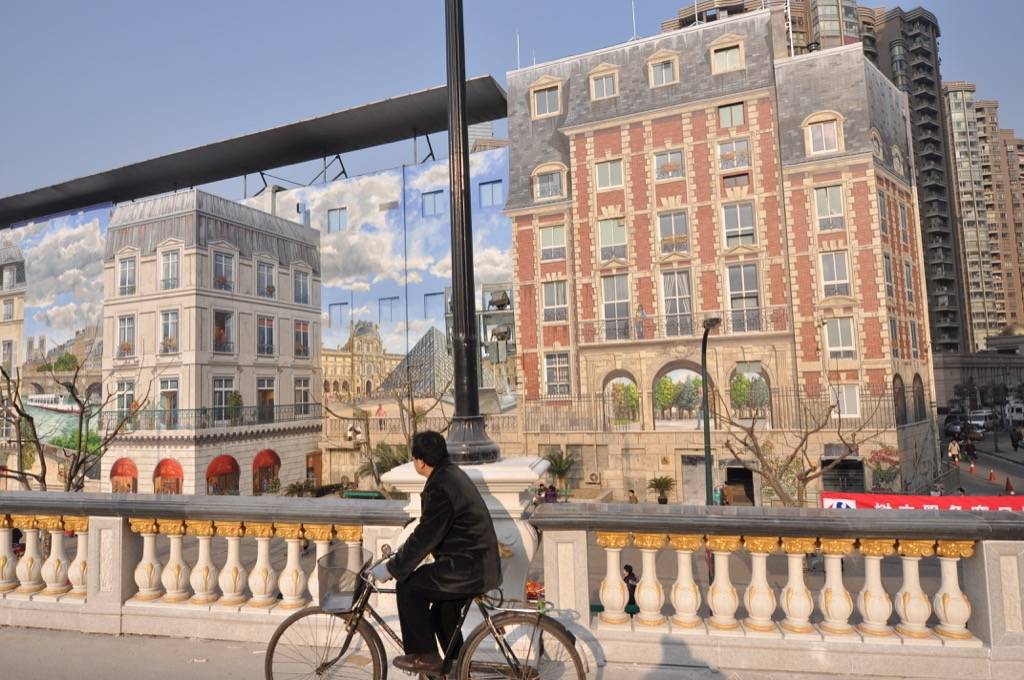 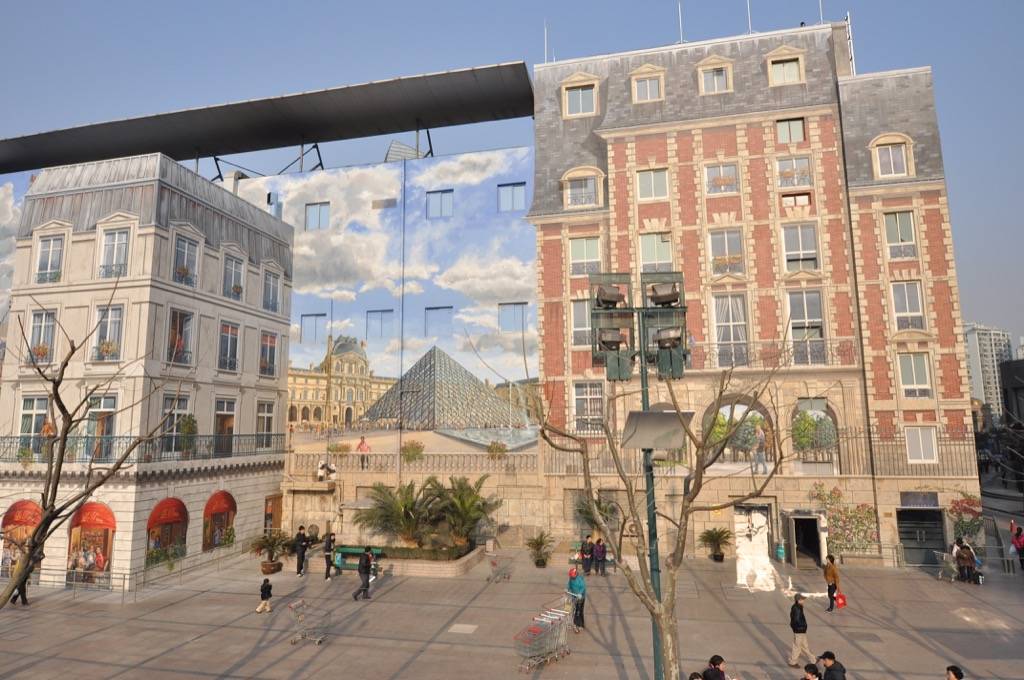 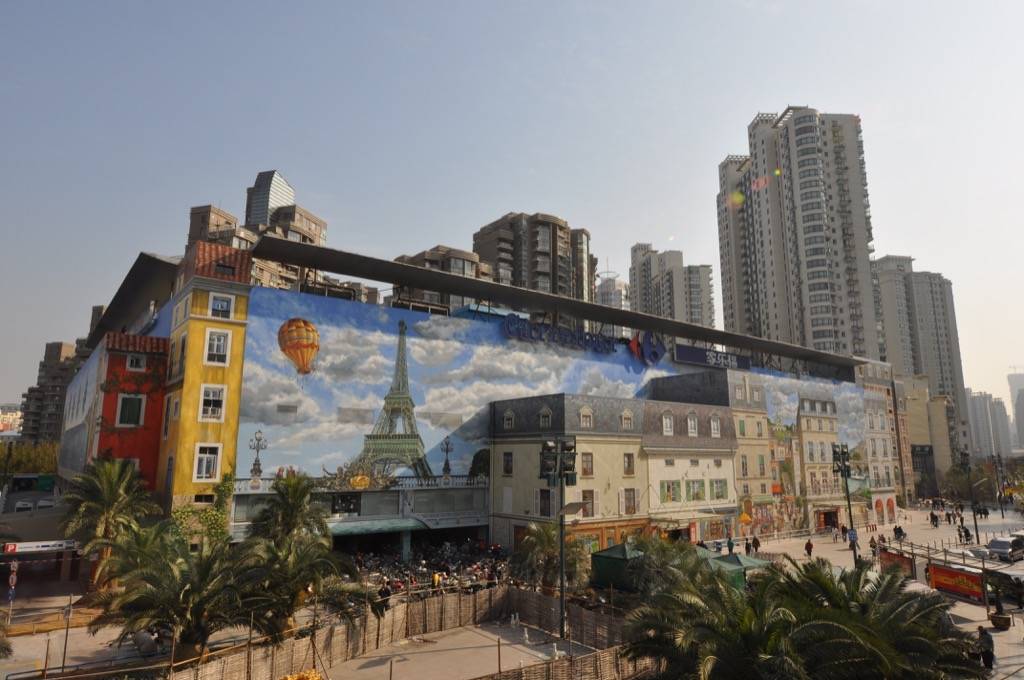 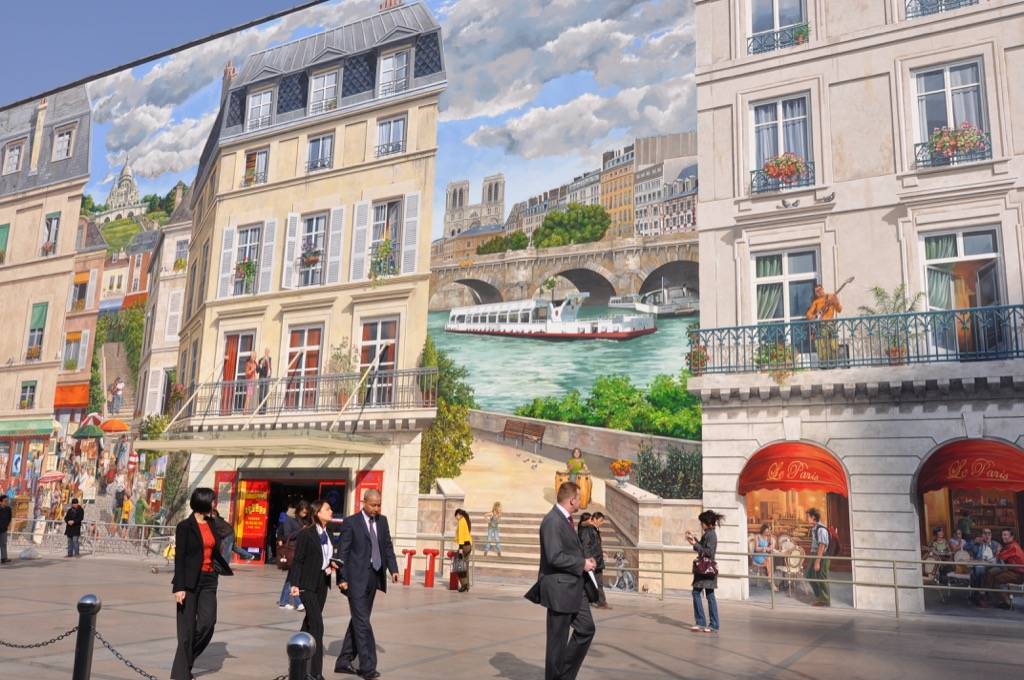 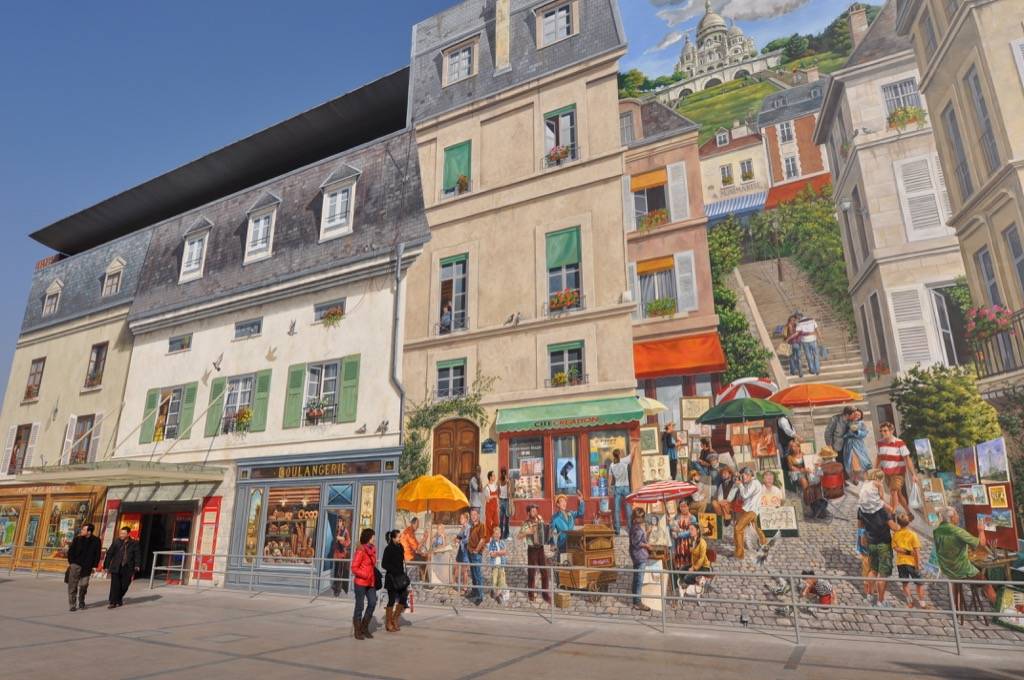 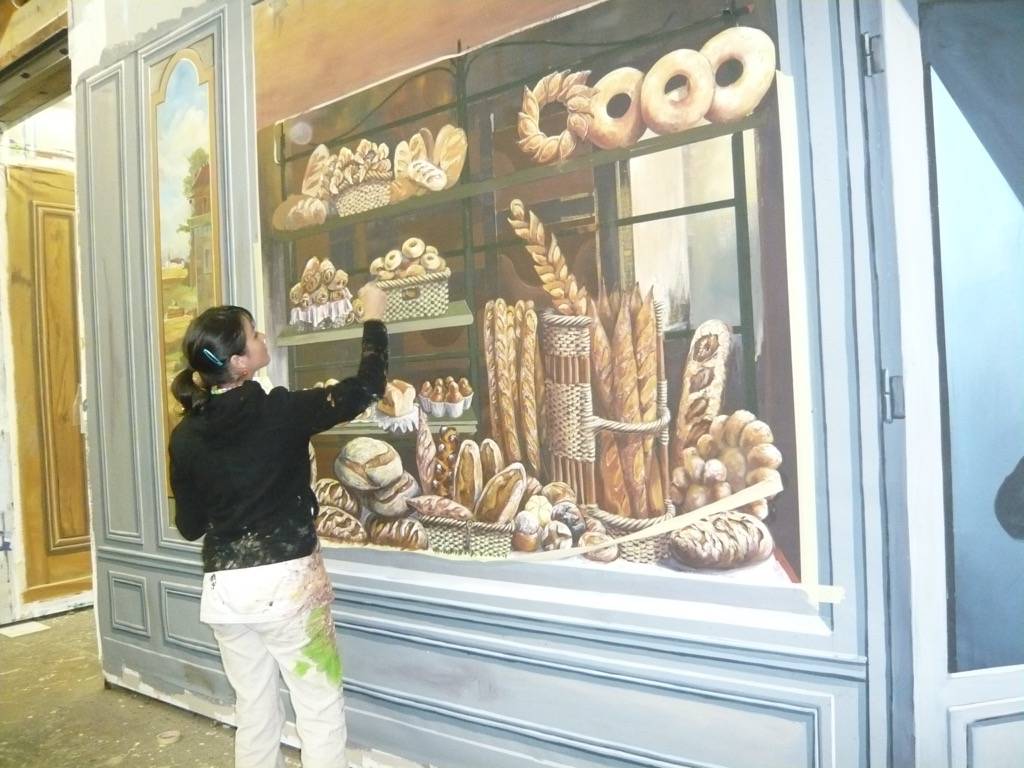