Fully refurbished, an old primary school belonging to the municipality of Oullins was transformed into a community house share for young persons under 30 (So’Coloc). The manager of the building, Alliade Habitat (a social housing agency) installed a residence intended for students and young workers. These students differed from others since they were committed to working on community projects in Oullins. With its 13 flats and two to seven “So’Flatmates” per flat, about sixty young people came to Oullins to work with the local inhabitants while benefiting from reasonable rental prices and flat sharing.

Murals and ITE, the cohabitation of the future

In only a few months the young tenants (Kapseurs) succeeded in forging links with the local population. They have become a spearhead of proposals to integrate the “La Cité” residence into the urban landscape.
Patrice Tillet
Director of the territorial delegations Action Logement Immobilier (Ex-Managing Director of Alliade Habitat) 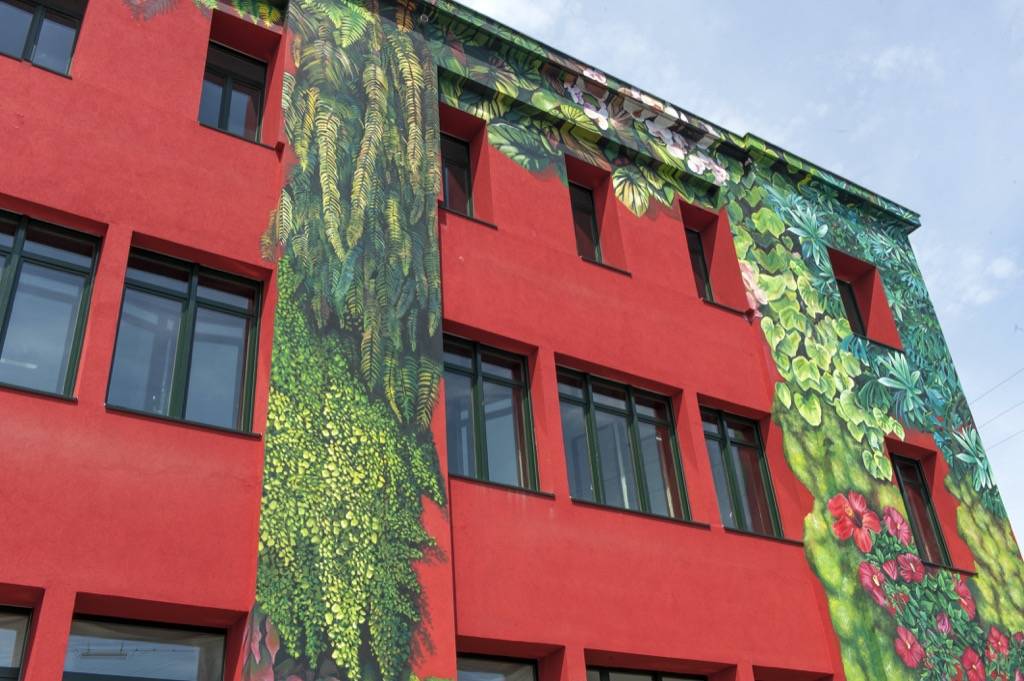 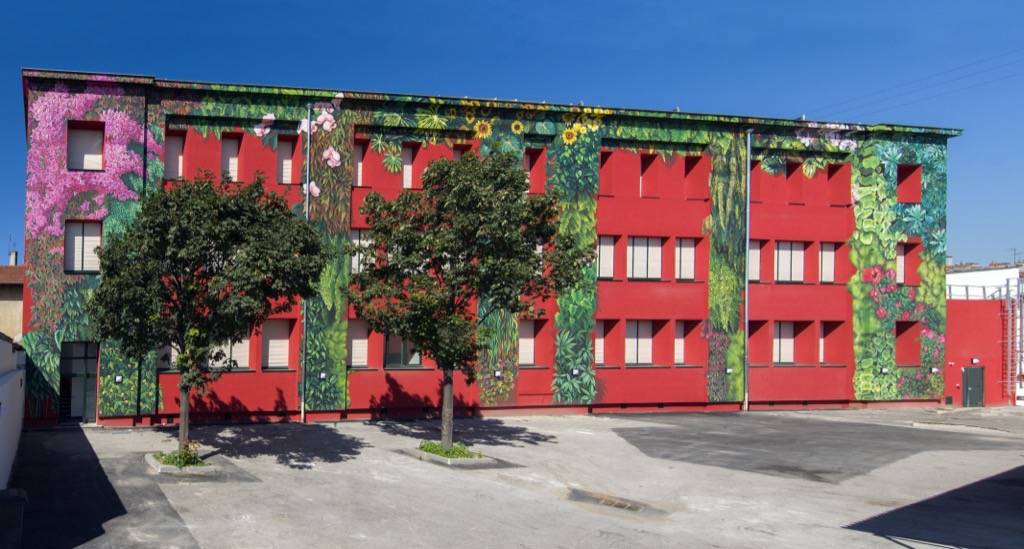 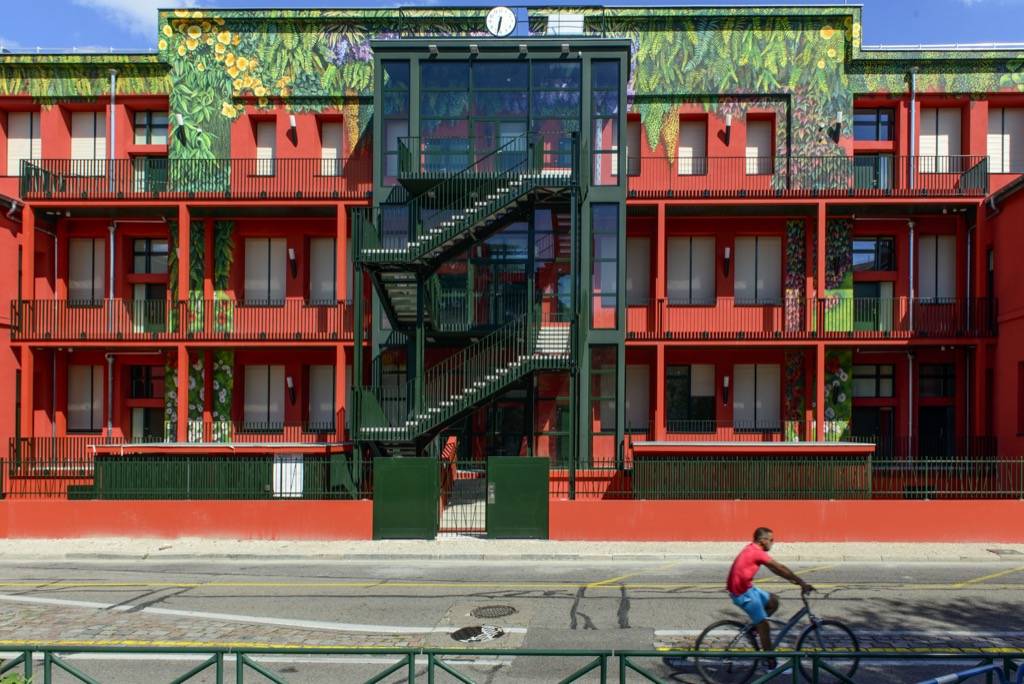 Alliade Habitat, an innovative social housing agency, wanted to make this residence located on the edge of the A7 highway more attractive.
Sensitive to the environment, the agency commissioned CitéCréation to provide a series of mural paintings on the theme of flora to attract future volunteers for this style of residence so unlike many others.

Restyled by CitéCréation, the building is adorned with colours and the interior of the court is painted with mural works produced with the aid of students. It’s a fine acquisition for a neighbourhood that is trying to throw off a sometimes negative and not always justified reputation.
The result is acknowledged by all, Alliade Habitat, the municipality of Oullins and its population.
This ambitious project shows that external thermal insulation embellished by colour can change the image of a neighbourhood and even a town. 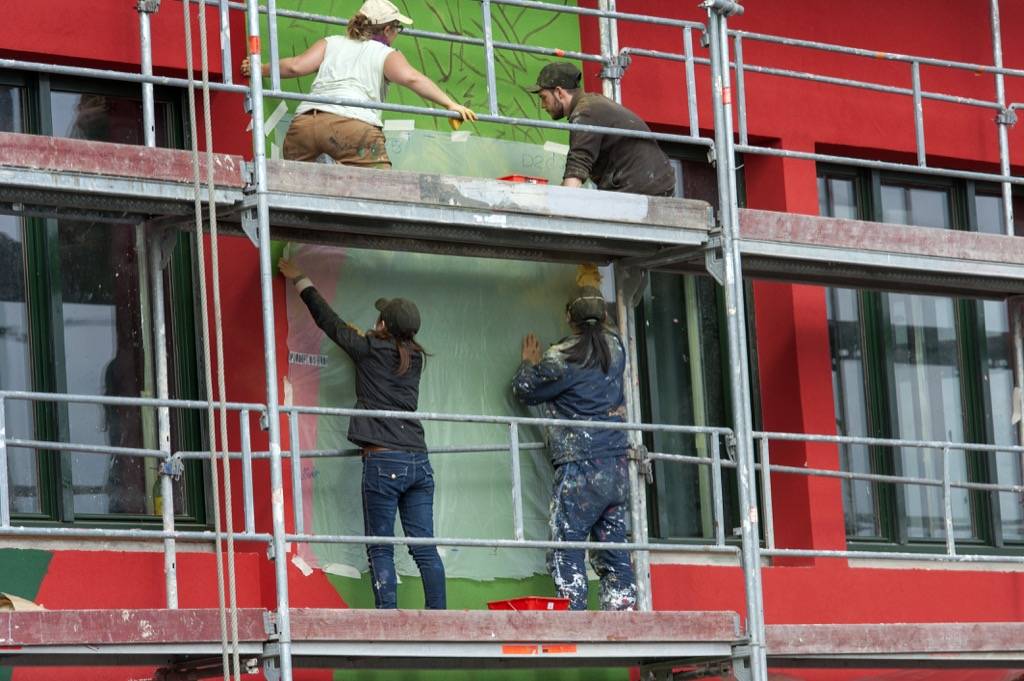 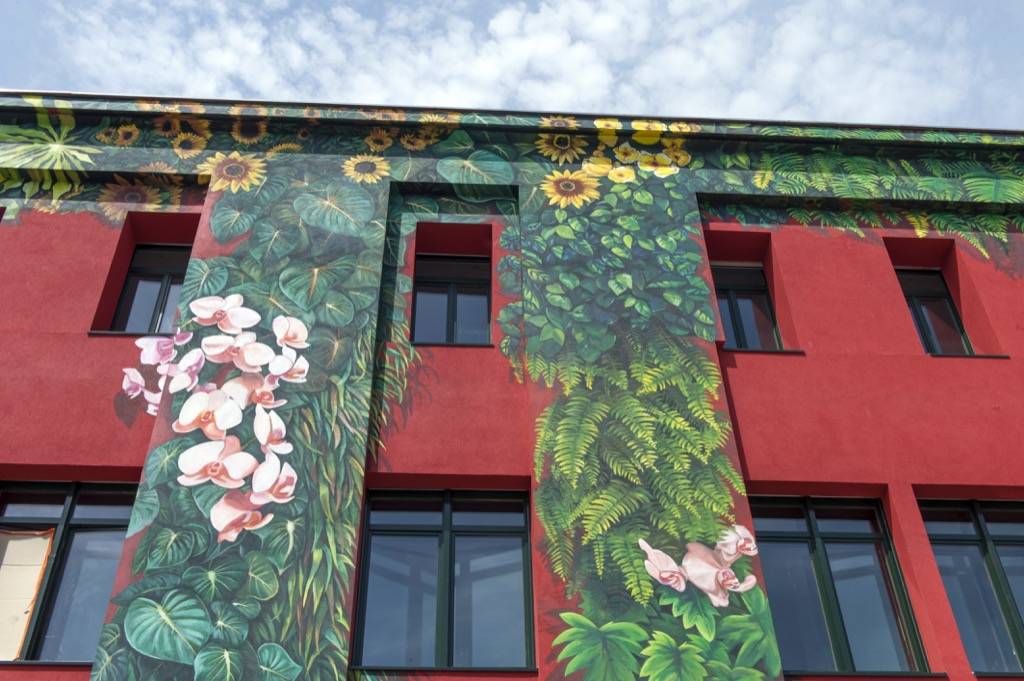 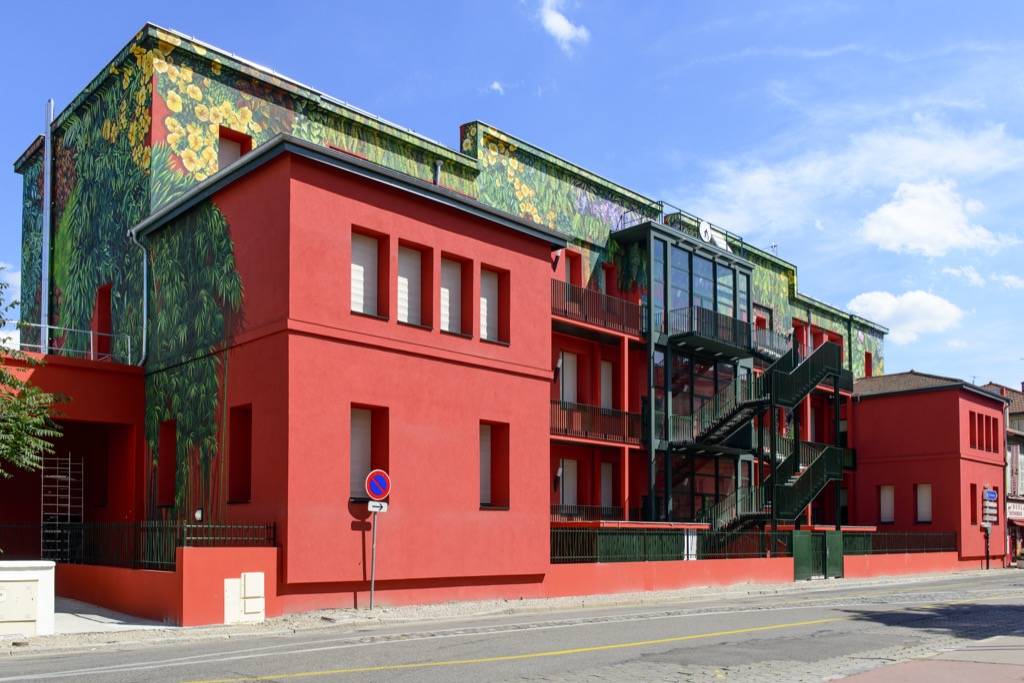 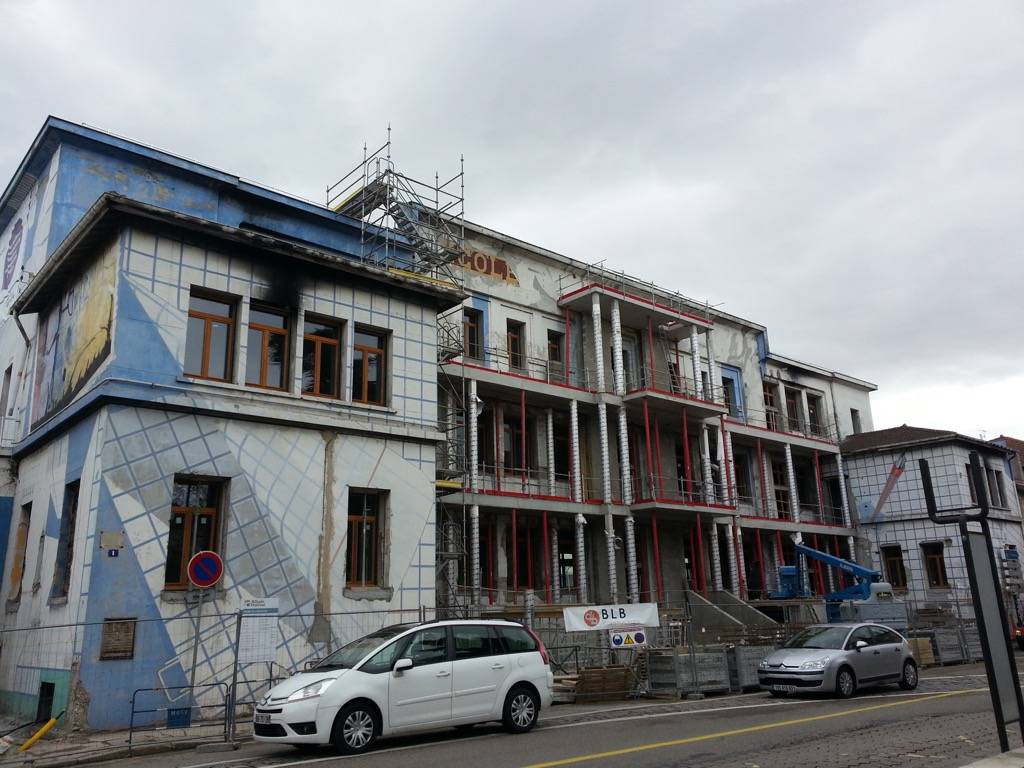 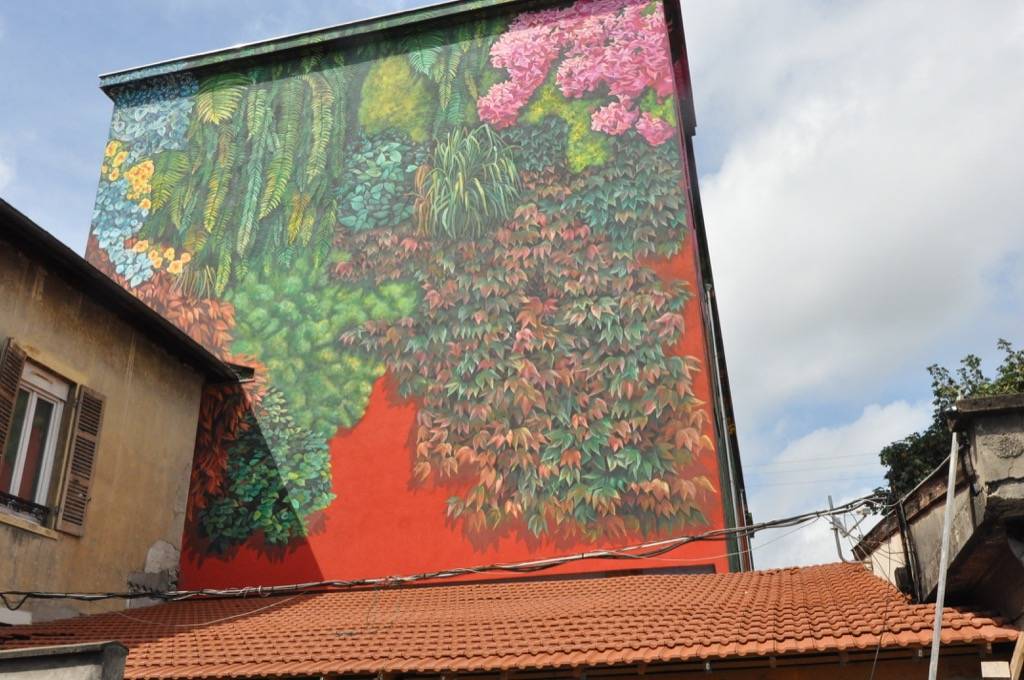 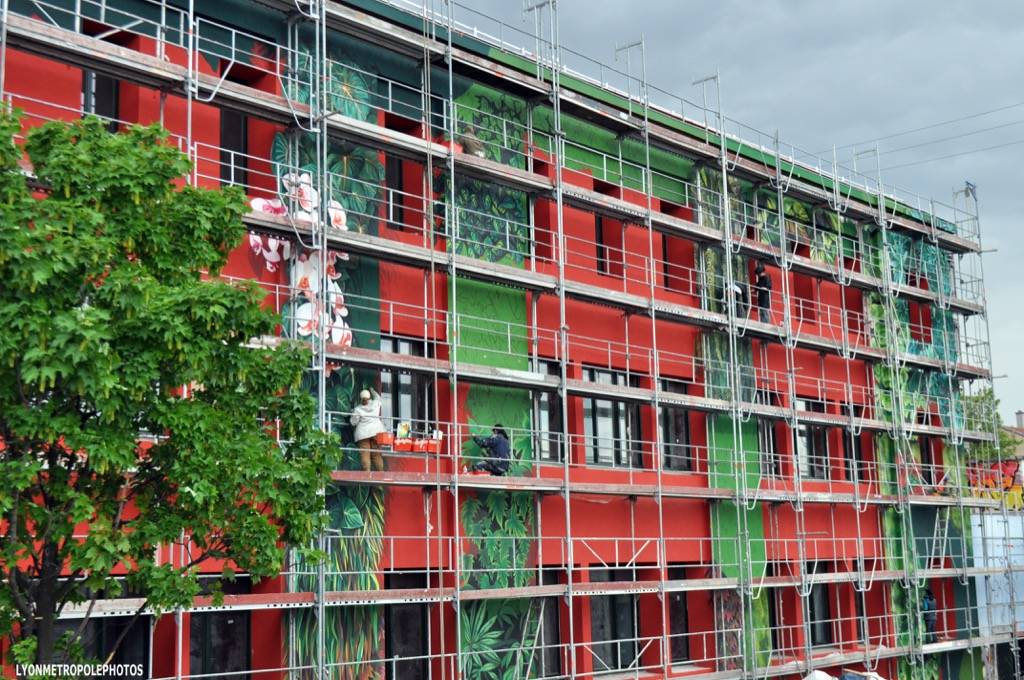 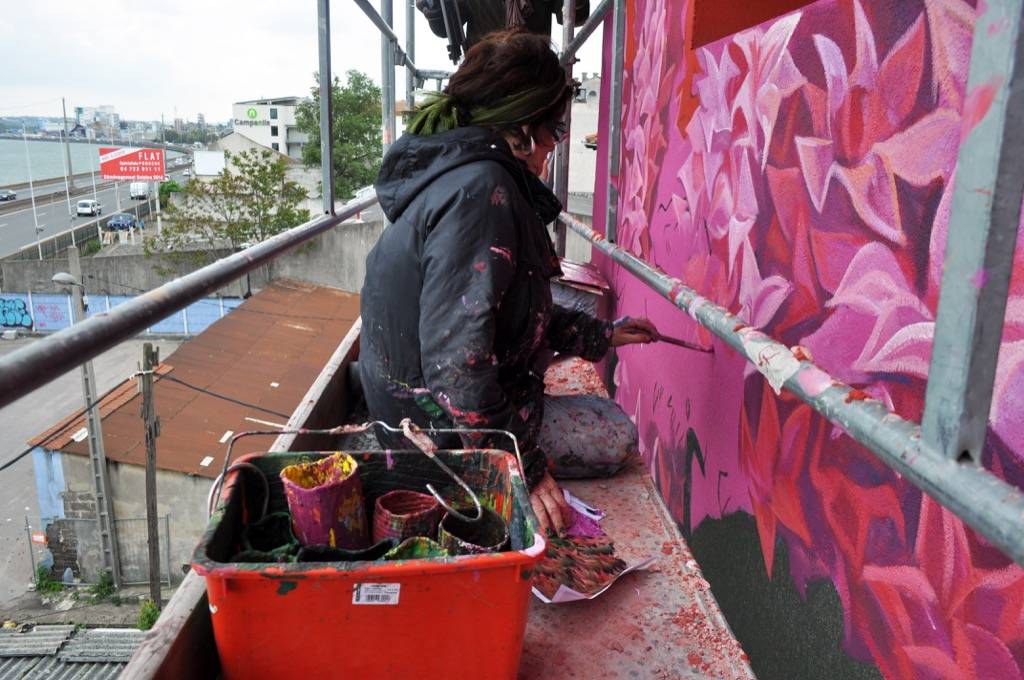 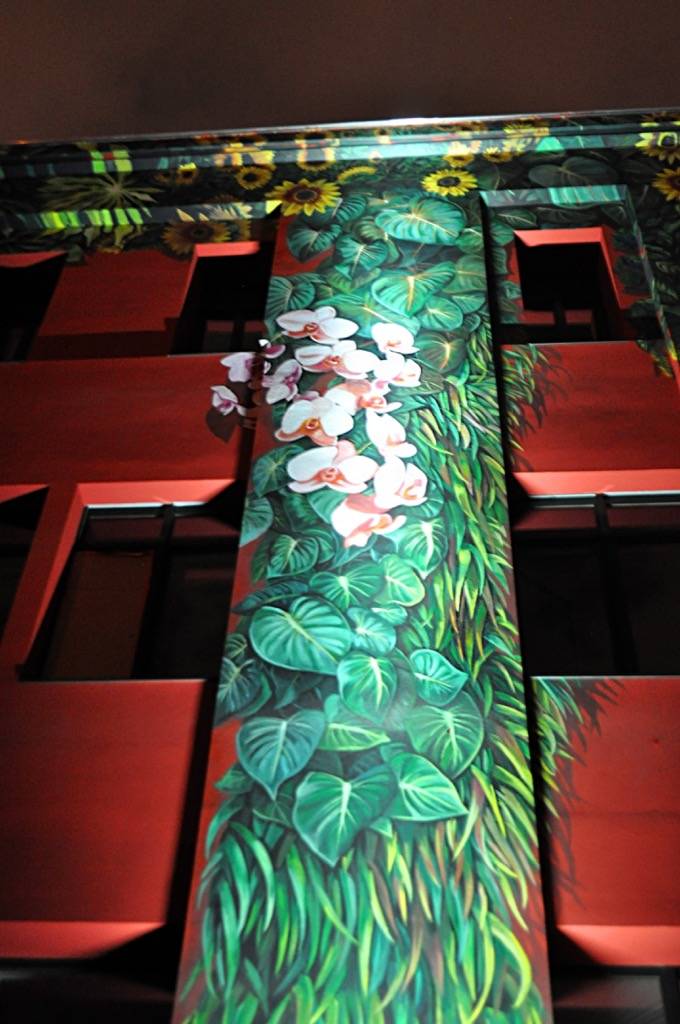 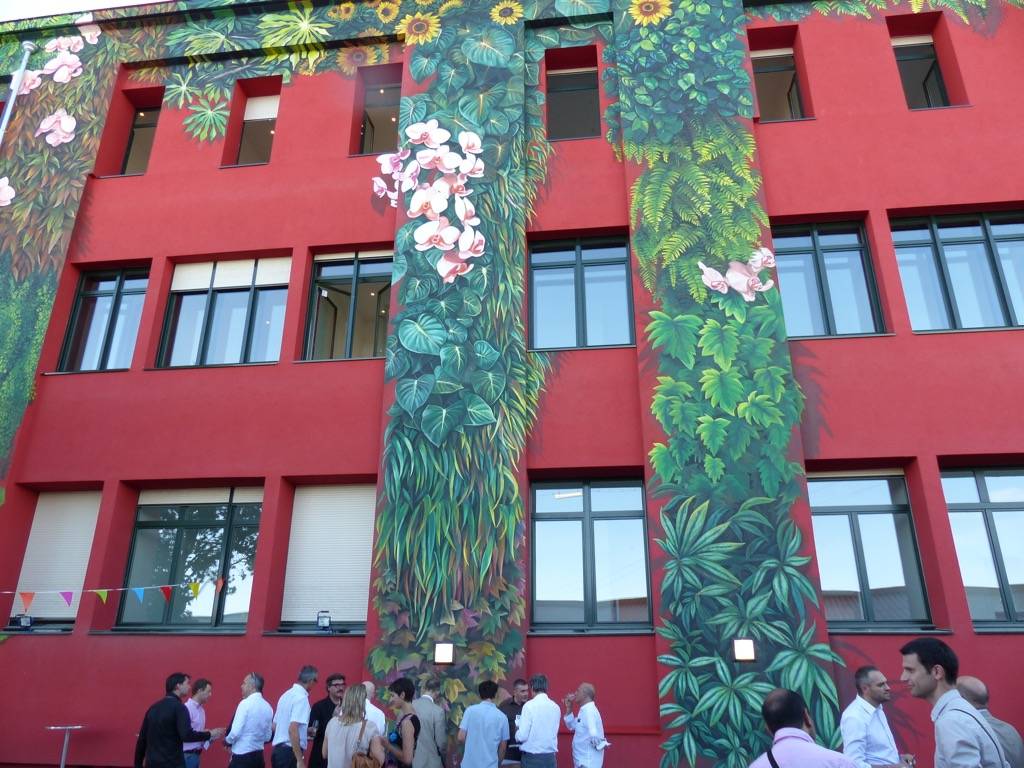 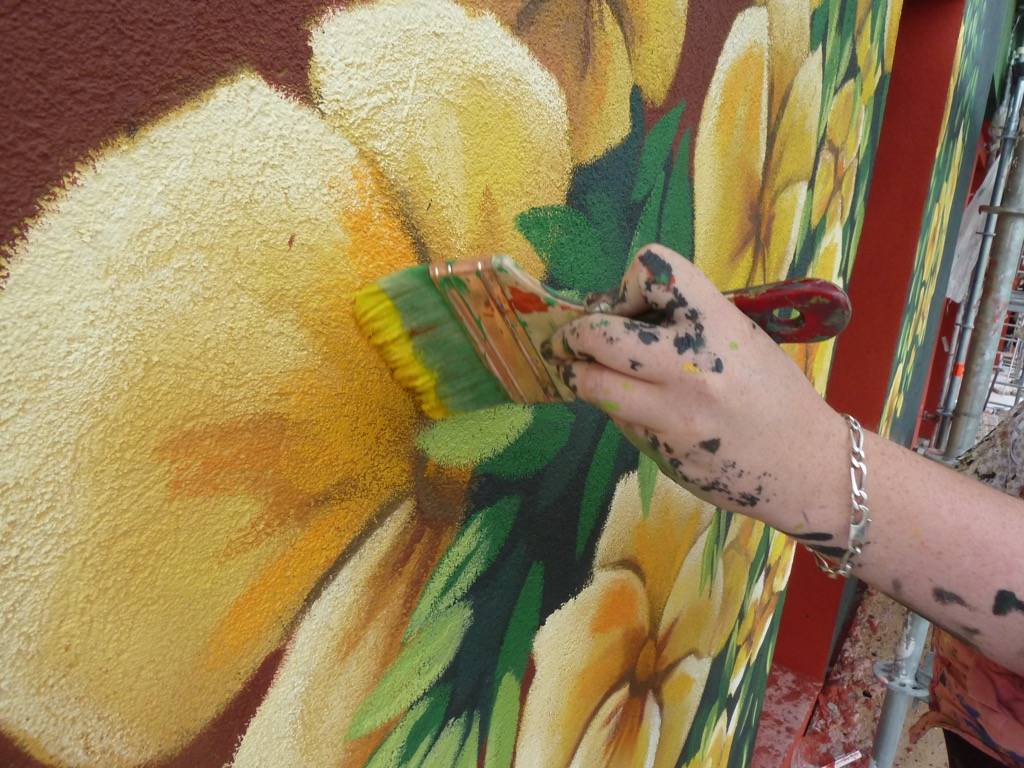