A spectacular phase of the rehabilitation of the Mâconnais Towers began in mid-May 2021. Cristal Habitat commissioned CitéCréation and the architect and designer Luc Schuiten to paint two giant murals on the 18 floors of the towers “Le Crêt de l’Aigle” and “La Dent de l’Ours”.

Today, the worksite is in full swing to improve the comfort of the tenants, reduce their heating costs, modernise all the individual and collective equipment and adapt the accommodation to our elderly.

To renew and embellish the image of the two towers, two murals inspired by the “Imaginary City” will crown the rehabilitation work. The Hauts de Chambéry district is already very green, with many trees. This is one of its qualities. Here, the idea is that the tree structure mixes the natural aspect with a new “archiborescent” construction to evoke the “Green City” The representation of the forest does not try to be as realistic as possible. On the contrary, it is intended to be fantasized and idealized to better appeal to the imagination of the inhabitants. Through the magic of the drawing, the residents of the flats located on the outside of the building frontage belong to the mural through their windows.

The use of mural painting is a way of transforming and improving the perception of a building frontage through the subtle play of colours and shapes, without modifying its structure and, thus, making possible a future transformation of the work. The final representation is both artistic and symbolic.

Built in the early 1970s, the two huge towers will become an artistic medium that fits in better with the surrounding nature, while at the same time highlighting the efforts made during the rehabilitation to reduce the energy consumption of the dwellings and therefore the rental charges by around 25%.

The work, which is particularly complex because of its height, will begin at the top of the tower, using the gondolas set up for the work on the façade and windows. 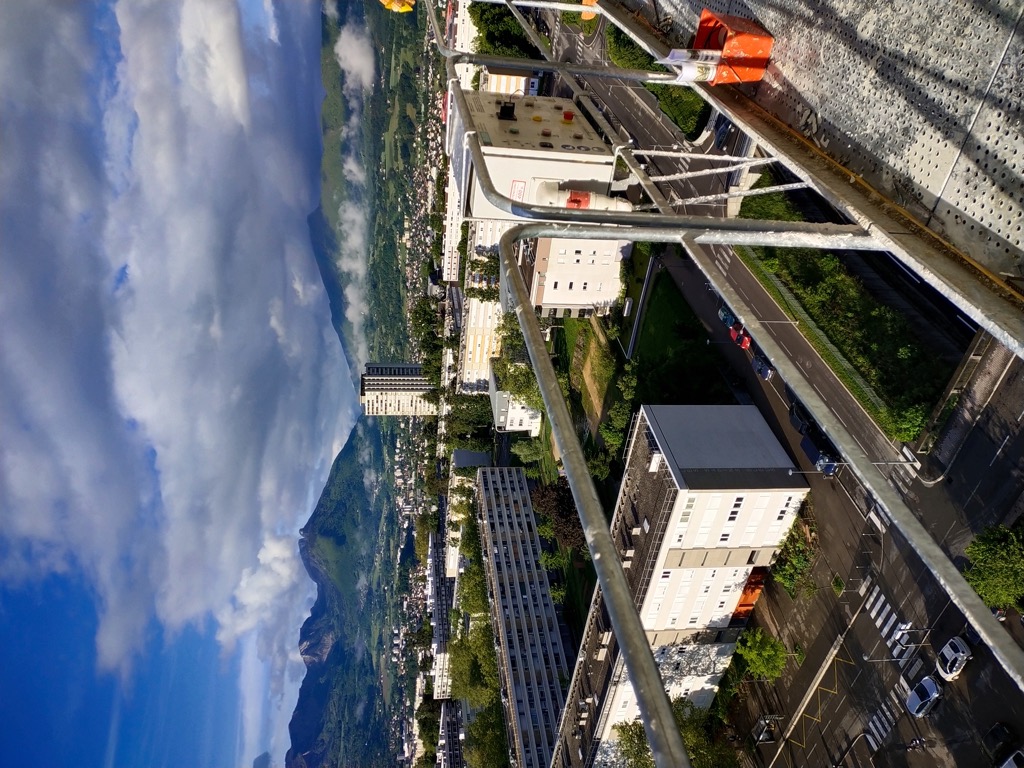 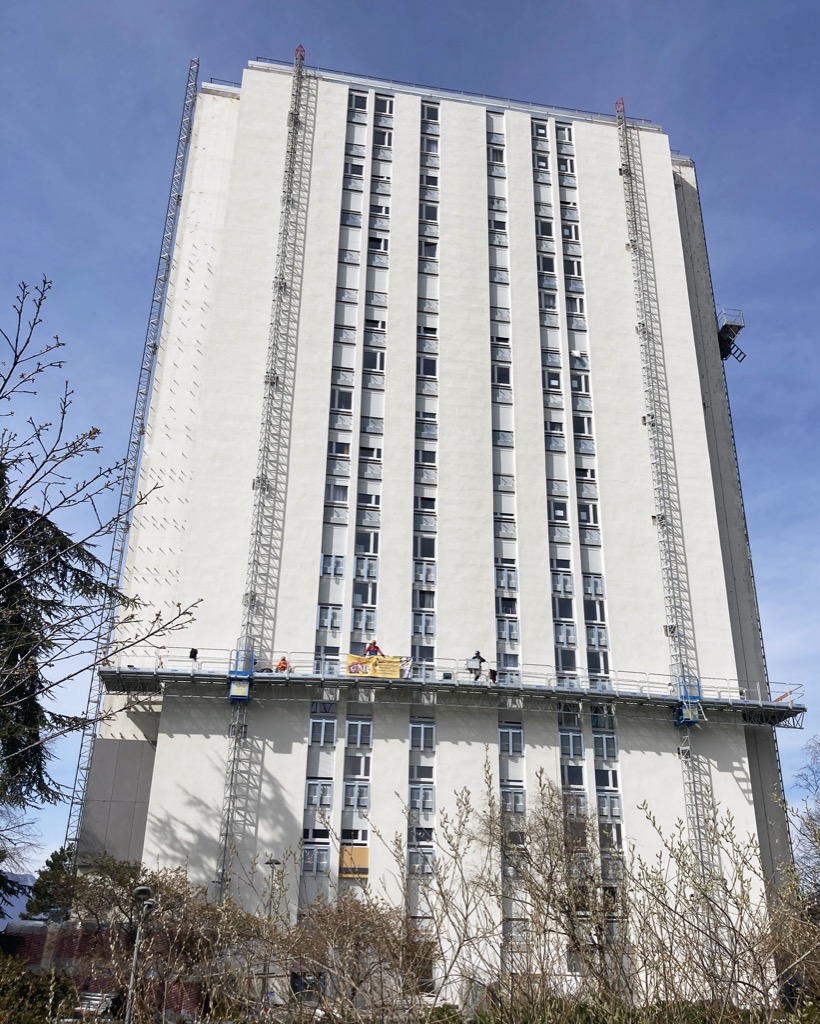 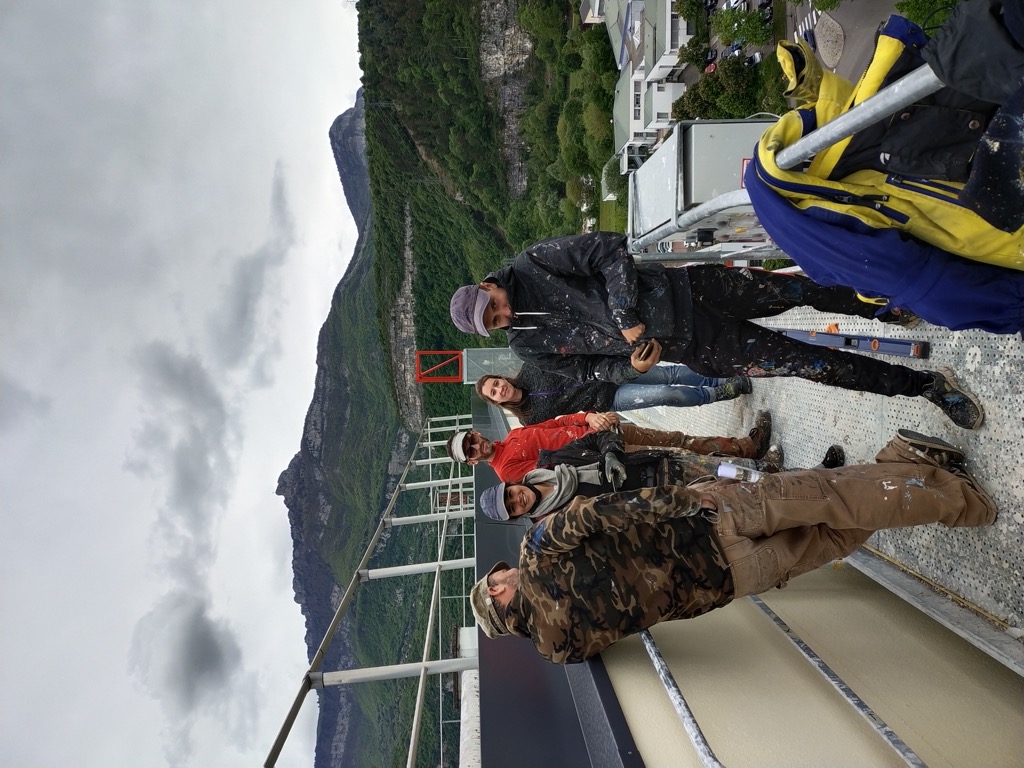 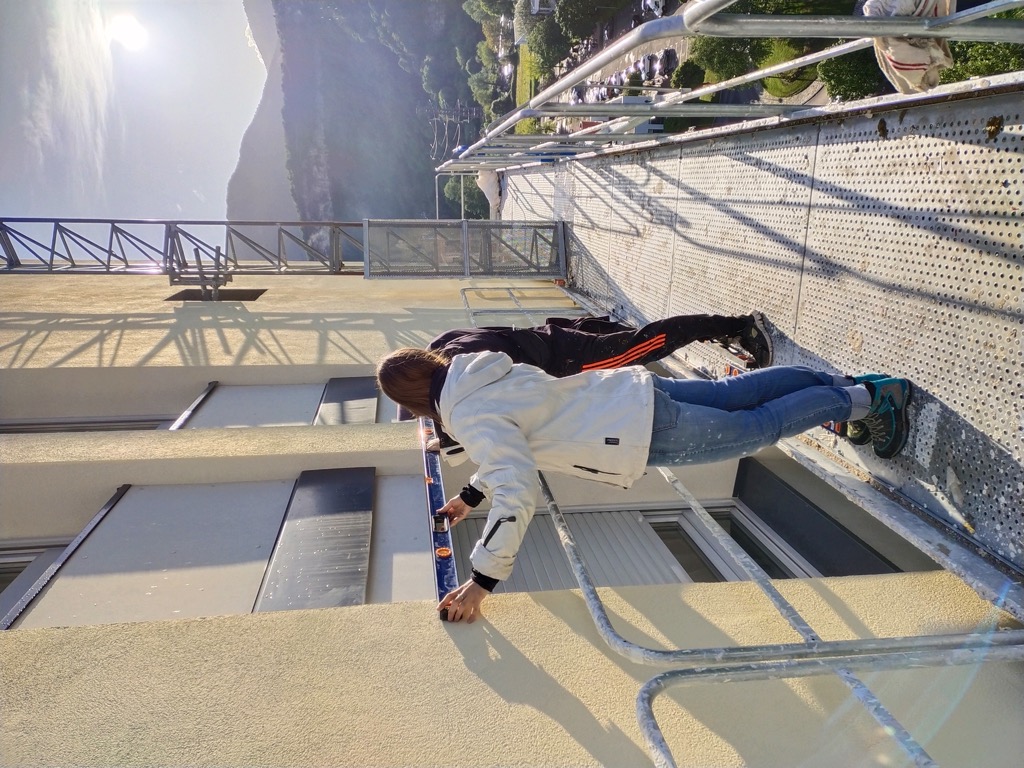 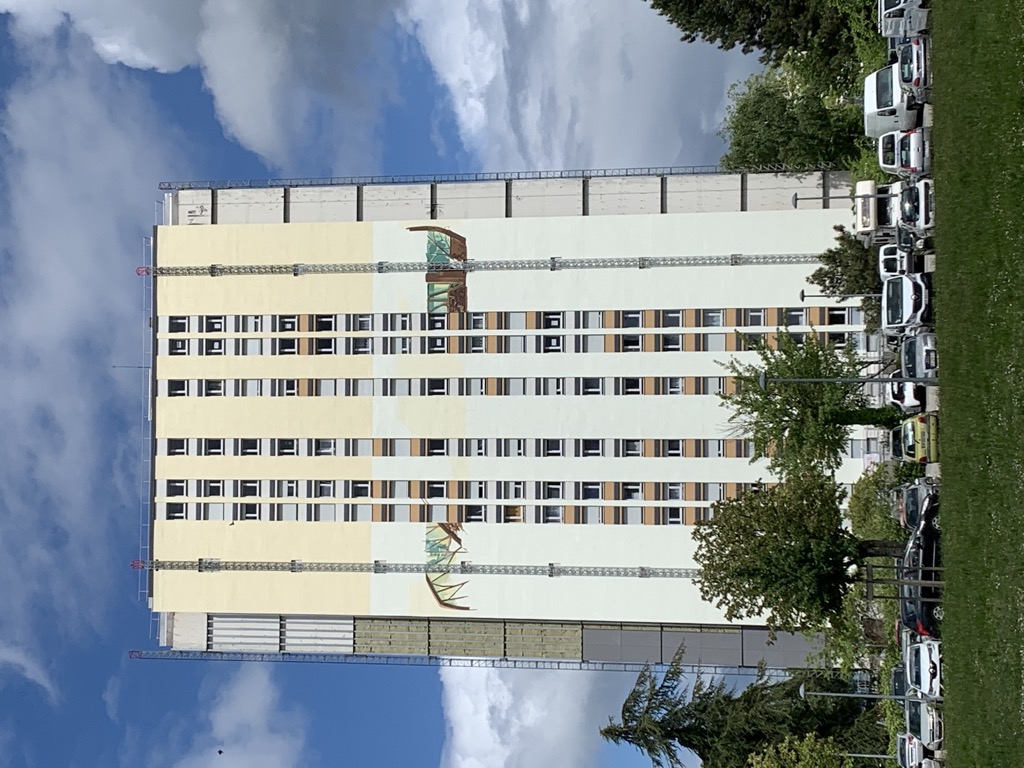 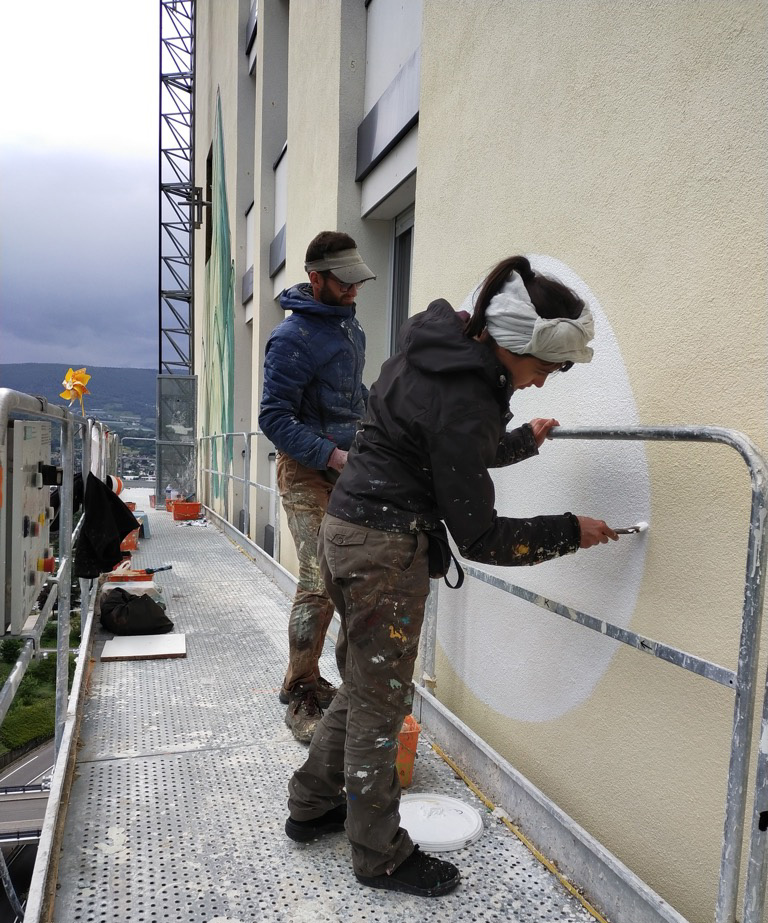 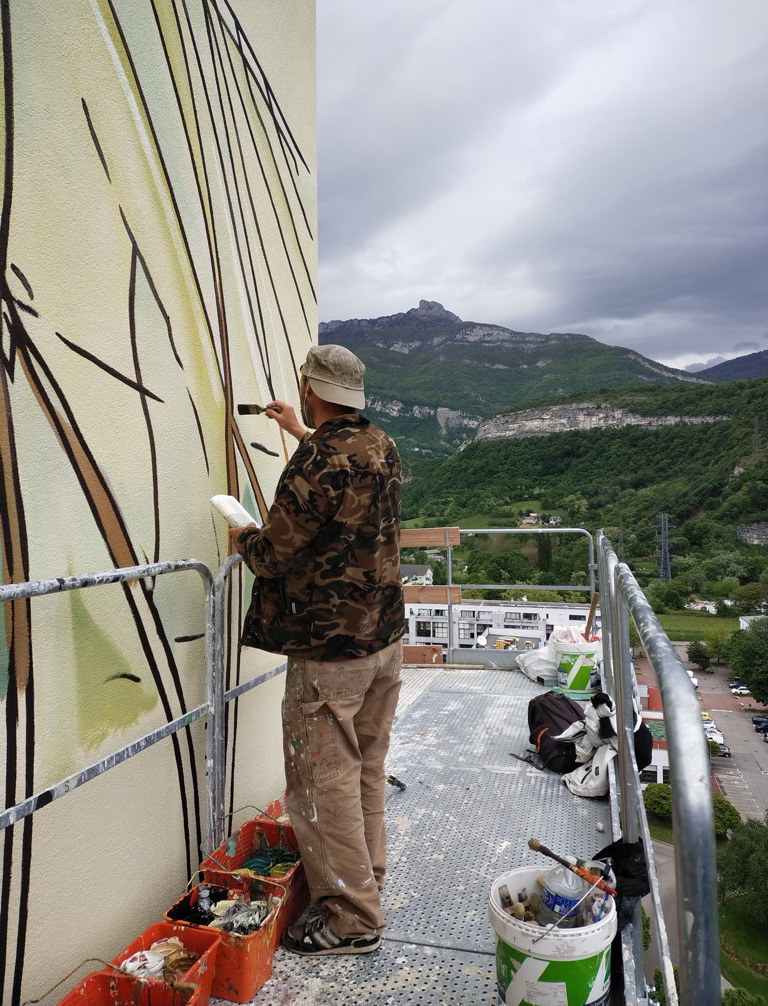 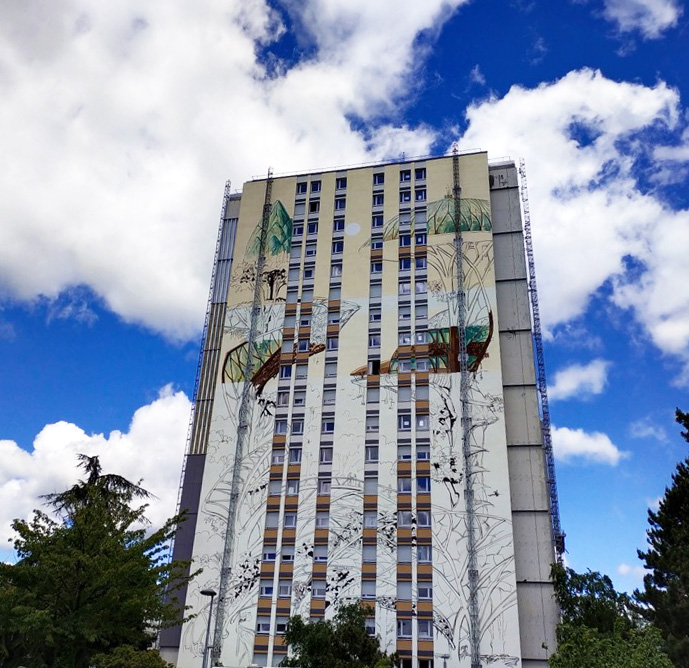