The mural of La Chartonnière inaugurated

A few residents of the residence participated in the inauguration of the Chartonnière mural in the presence of Gérard Paret, President of Alliade HBVS, Ghislain de Longevialle, Mayor of Gleizé, Lionel Toutain Rosec, CitéCréation project manager and members of their respective teams.

The completion of the renovation work on the entire residence, including the insulation from the outside of all the buildings and the installation of an external lift shared between two aisles to facilitate access for the oldest ones, representing an investment of nearly 960,000 euros, was accompanied by the creation of a mural by CitéCréation, a Lyon-based company renowned worldwide for its monumental murals.

This mural of four paintings on four facades of the buildings was created with the help of the inhabitants themselves. They presented the image they had of their place of life during the four seasons of the year: the Saône from the sky in autumn, the landscapes of the Beaujolais in summer, a walk in the golden woods in spring and a bouquet of all the flowers that baptize the alleys of the residence on a balcony offering a winter view over the church of Gleizé.

A glass of friendship closed the ceremony to invite the residents to take possession of their new living environment and pass it on to them for artistic discovery. 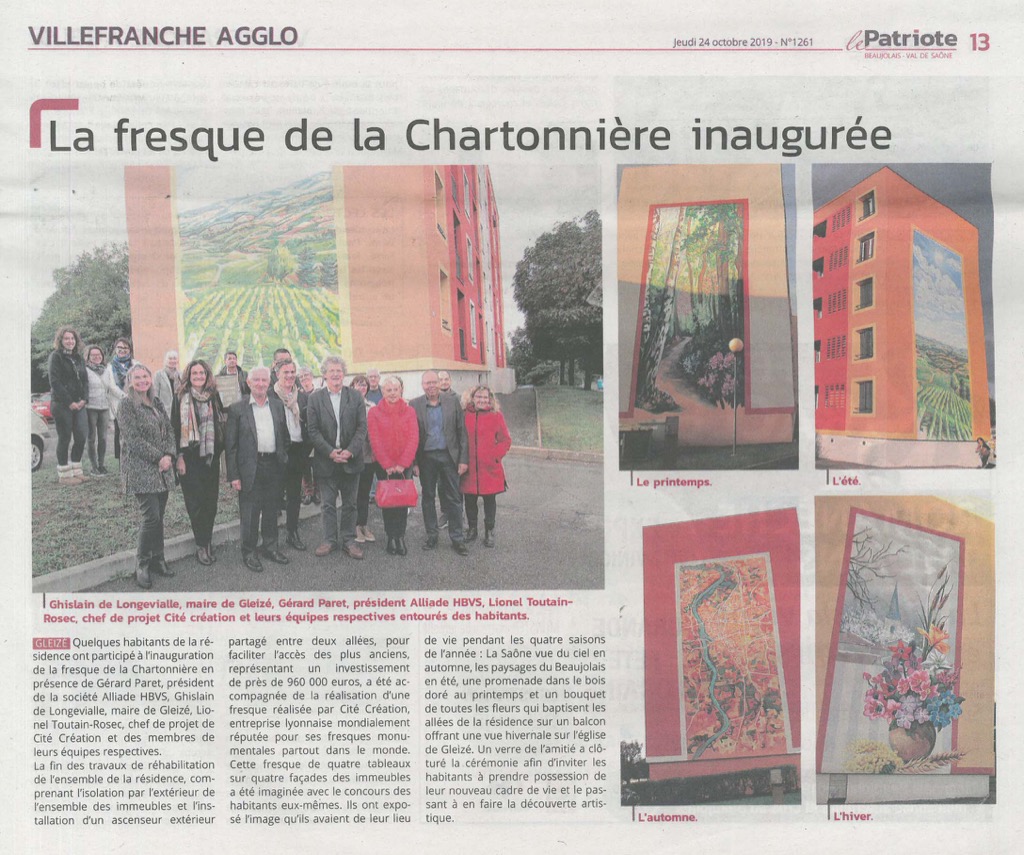