After 5 years of work, the transformation of the La Bastide district will be completed next year

The end of the work is approaching at the Bastide. By the end of 2020, all the developments will be completed in this northern district of Limoges, which already has a much more cheerful face.
On this sunny Friday morning, Nicole, Micheline and Annie came to see the mayor, who himself came to participate in the inauguration of the murals at the entrance to the neighbourhood. “We suffered a lot during the work. It calmed down a little bit, but it was a constant noise. You know there are also many elderly people in La Bastide,” Nicole answers, when asked if she appreciates the result after these years of work.

“They start work everywhere and they don’t finish it anywhere,” his girlfriend Micheline interrupts him. “It’s better though, there are a lot of satisfied people,” says Annie.
“You have to admit, it’s better anyway.”
For years, life in La Bastide has not been comparable to what their red-haired neighbours have been experiencing. After nearly five years of work, people are often worn down by noise, dust and blocked roads. But today, the result is there. The transformation of the district is already noticeable. Several projects have been completed and others will be completed in 2020.
….
Three monumental frescoes

Limoges Habitat inaugurated yesterday the three murales created on the gables of buildings in La Bastide. It was the CitéCréation company, which already created the mural on Place de la Motte some twenty years ago, that produced these gigantic drawings, following the recommendations of the inhabitants and school children.

Visible in the Veronese aisle and rue Georges-Braque, they represent the Bishops’ Museum, the Benedictine station, the man in blue, the trolleys, but also the life of the district (football, petanque, allotment gardens) and symbols of Limoges, such as the Limousin cows, enamels, the Casseaux oven or the old towers of La Bastide. 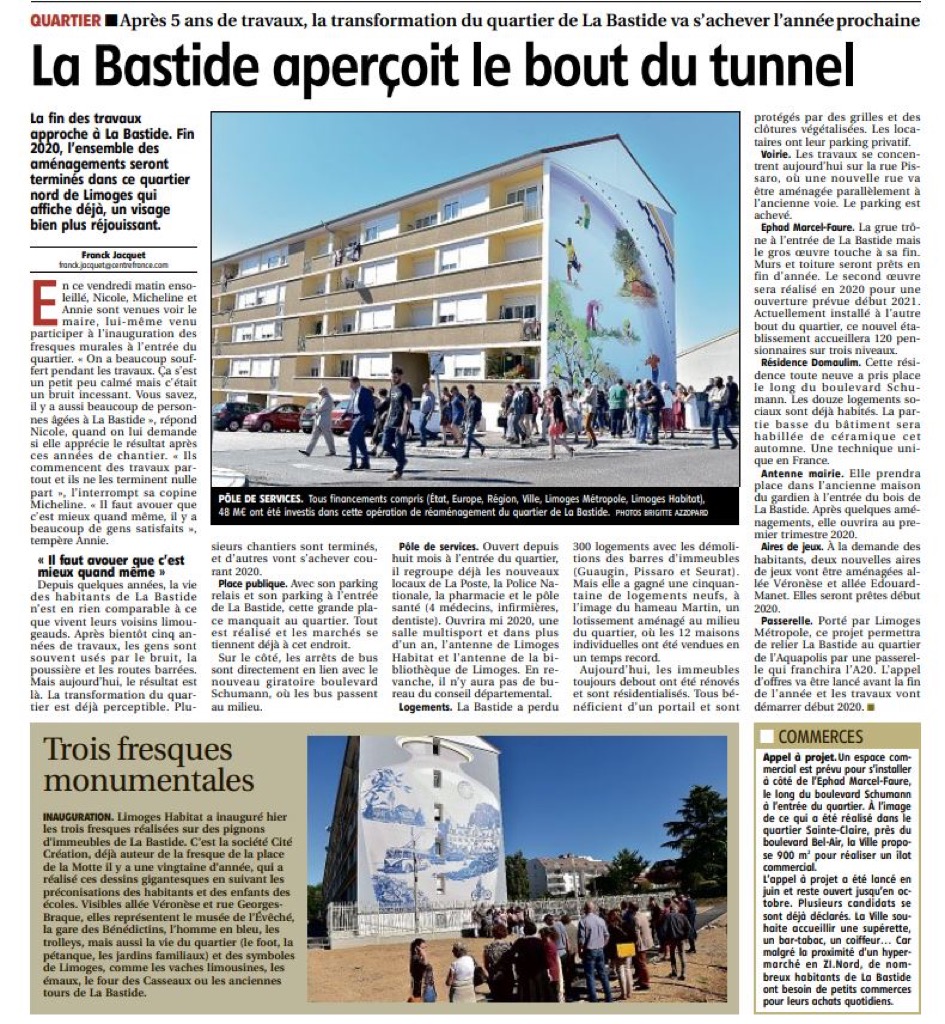