“Weaving” The murals of Valibout / the town of Plaisir GREATER PARIS

A pilot project of ANRU 2, the Valibout neighbourhood is a social housing estate located in the town of Plaisir. With 1,000 flats and more than 3,000 inhabitants from 40 different cultures, its refurbishment is a major strategic goal in the town’s urban evolution.

Certain things stand out, in this case the collaboration between the town, a social housing agency, and the inhabitants who got together to build an image of a new identity
Joséphine Kollmannsberger
Mayor of Plaisir, Vice-President of the Department Council 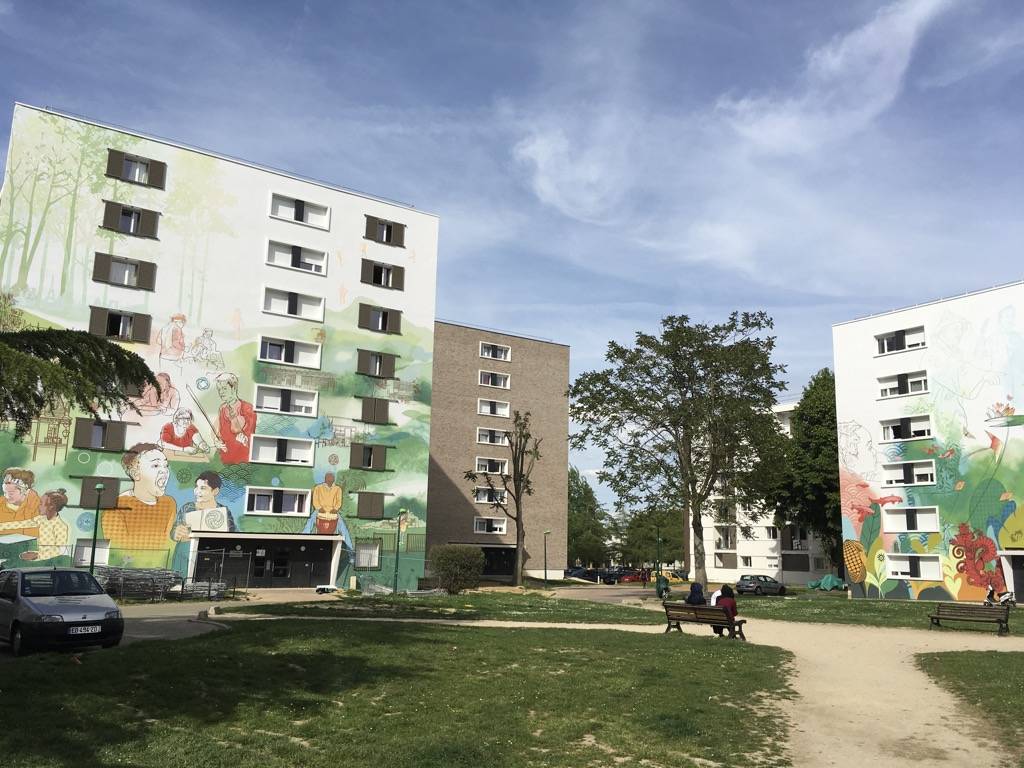 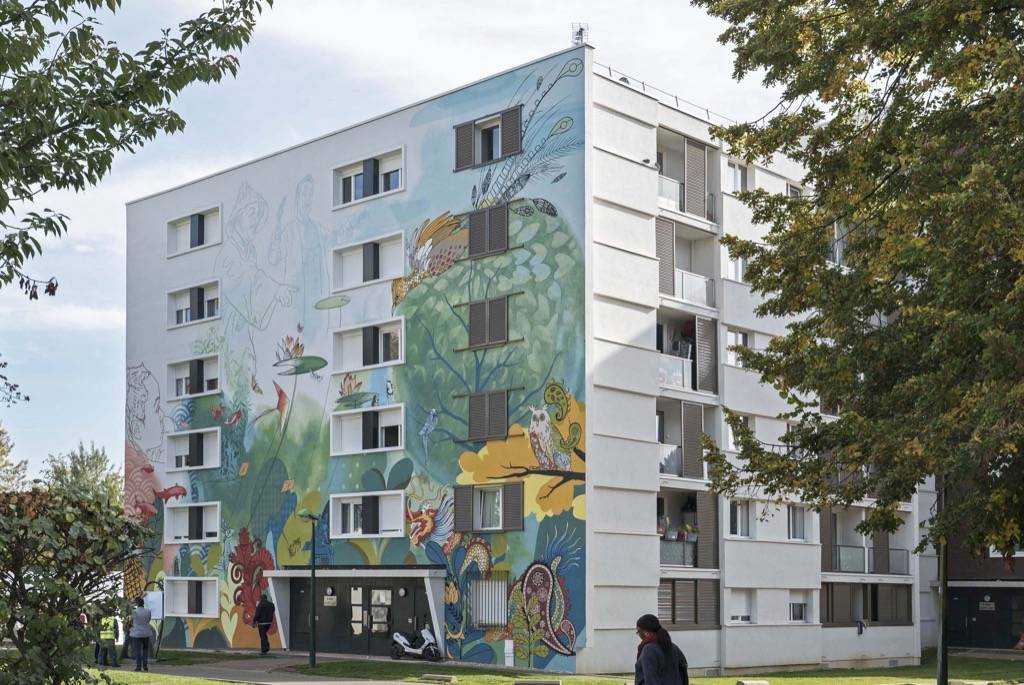 A stigmatised district with a poor image, Valibout was as avoided by the neighbouring population and that of Plaisir as its own inhabitants tended
to live in autarchy, despite the fact that this huge district is located at the crossroads of the town.
So, how could the district be given a positive image, pride returned to its inhabitants, and how could it be prepared for the urban changes to come?

In 2016 CitéCréation launched a powerful participatory approach with the help of local actors of the district. More than 200 inhabitants of the district participated in creative workshops, leading to the emergence of the unifying concept of “weaving” for the monumental mural design, with the aim of improving the living environment and embellishing the buildings. The first three monumental murals based on this concept saw the
light of day in 2017. Perfectly integrated in the buildings and the greenery of the site, they spur a new dialogue between the buildings and their environment and have already become the pride of the inhabitants. 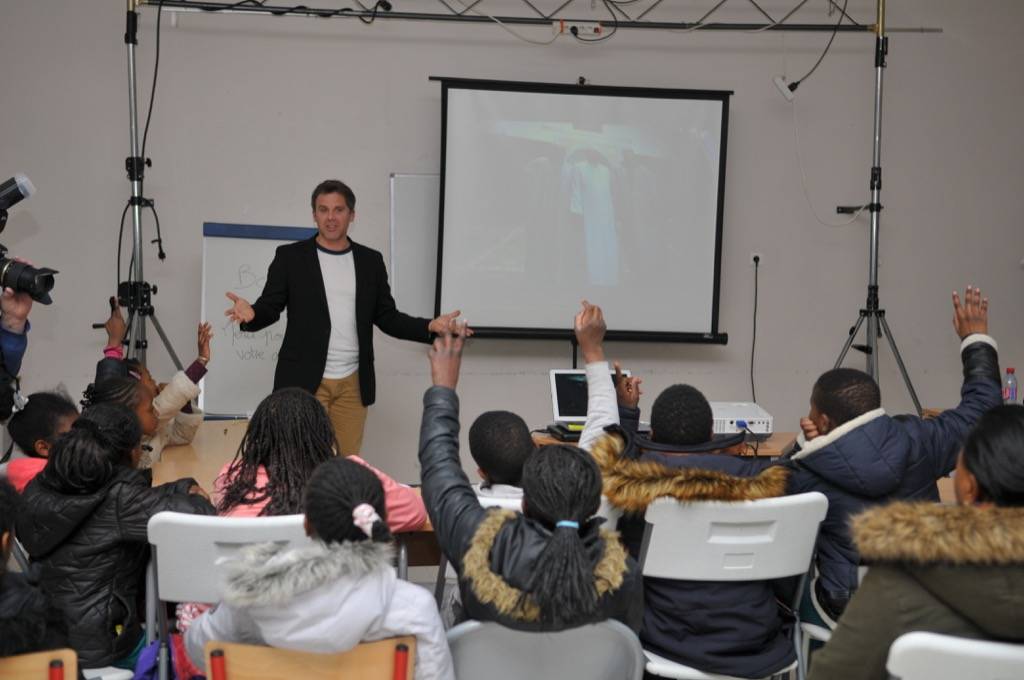 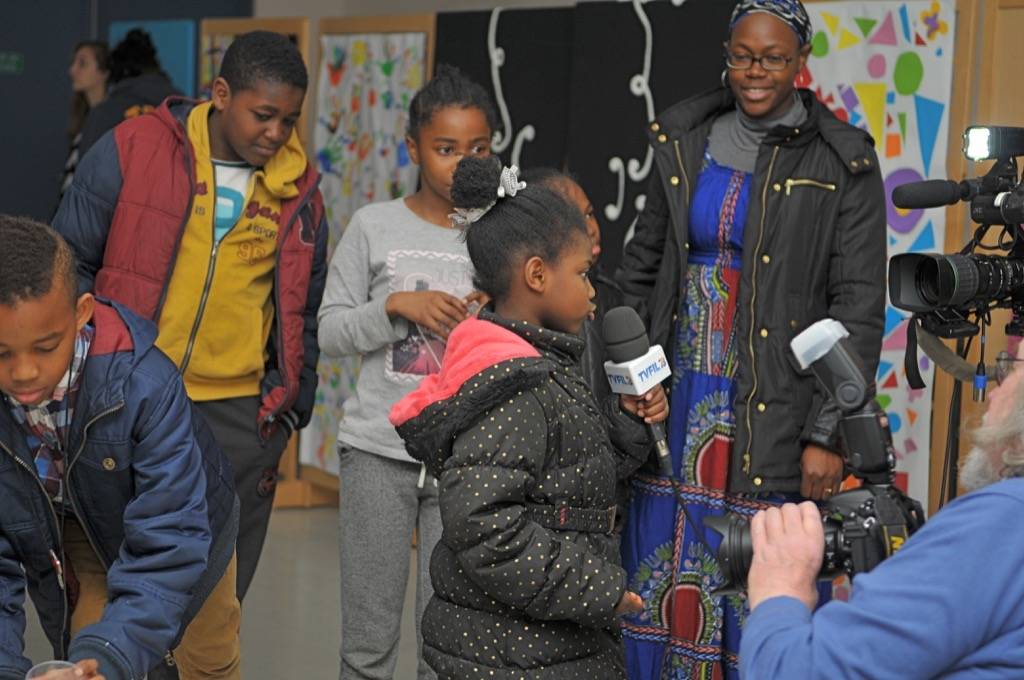 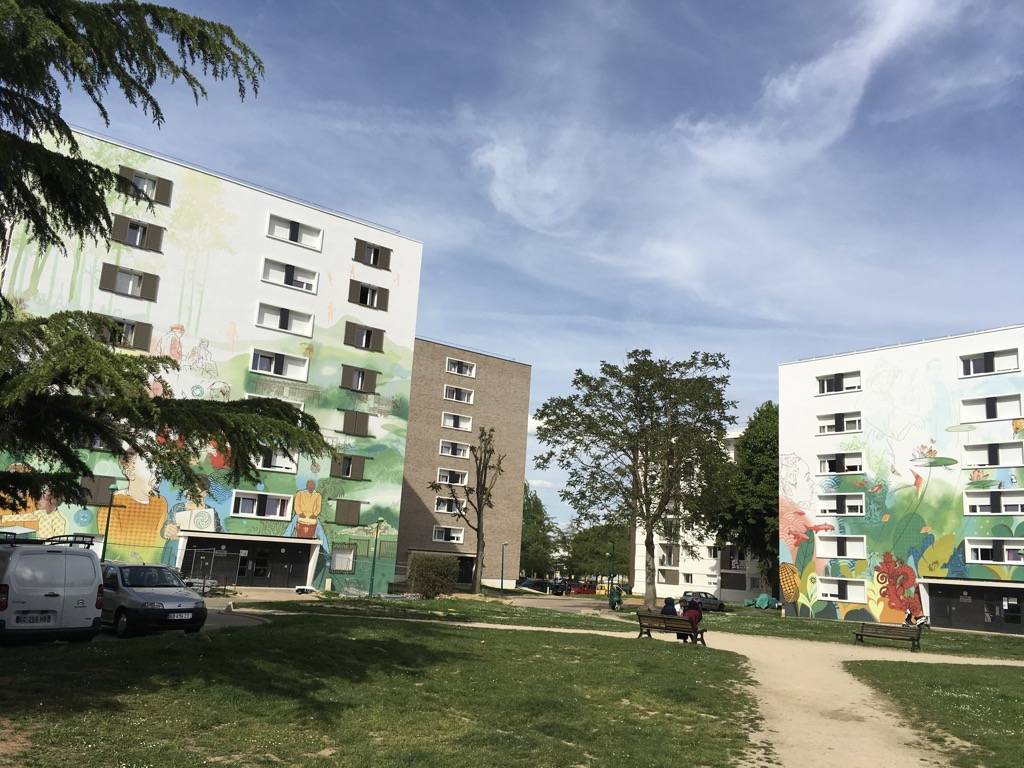 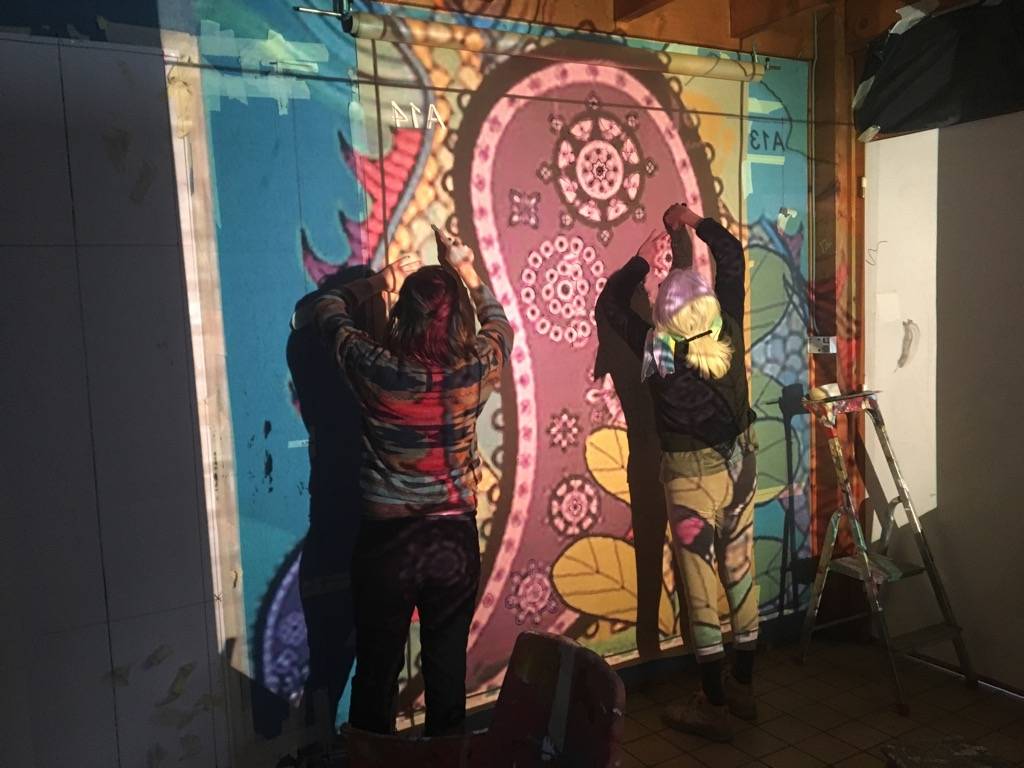 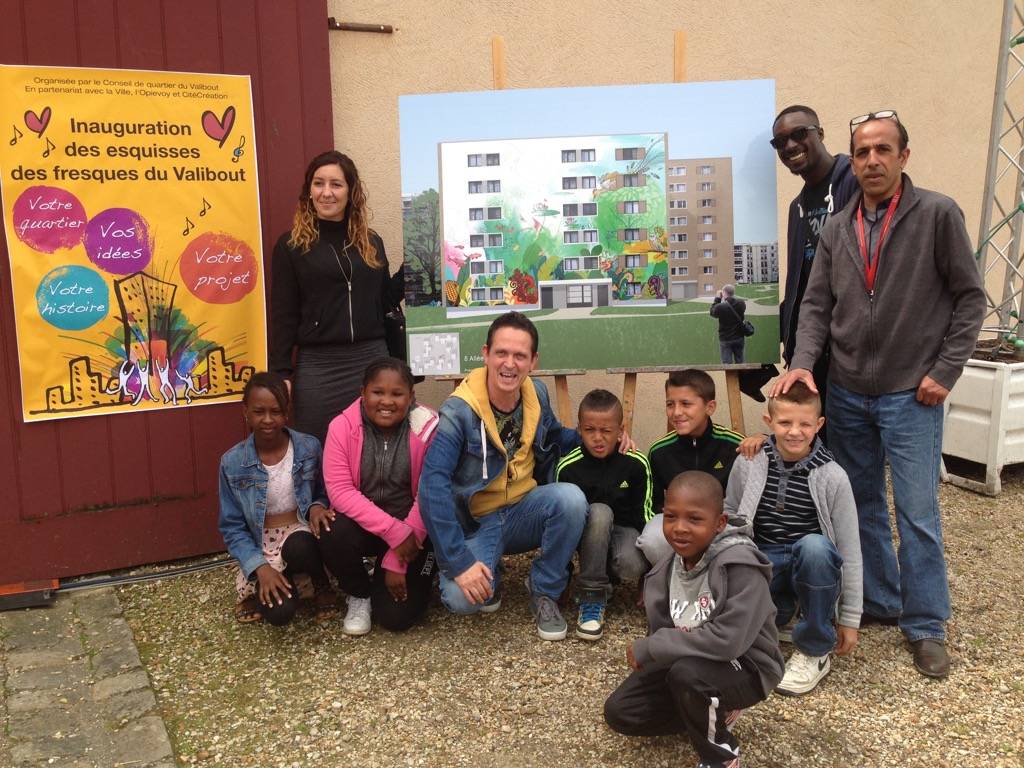 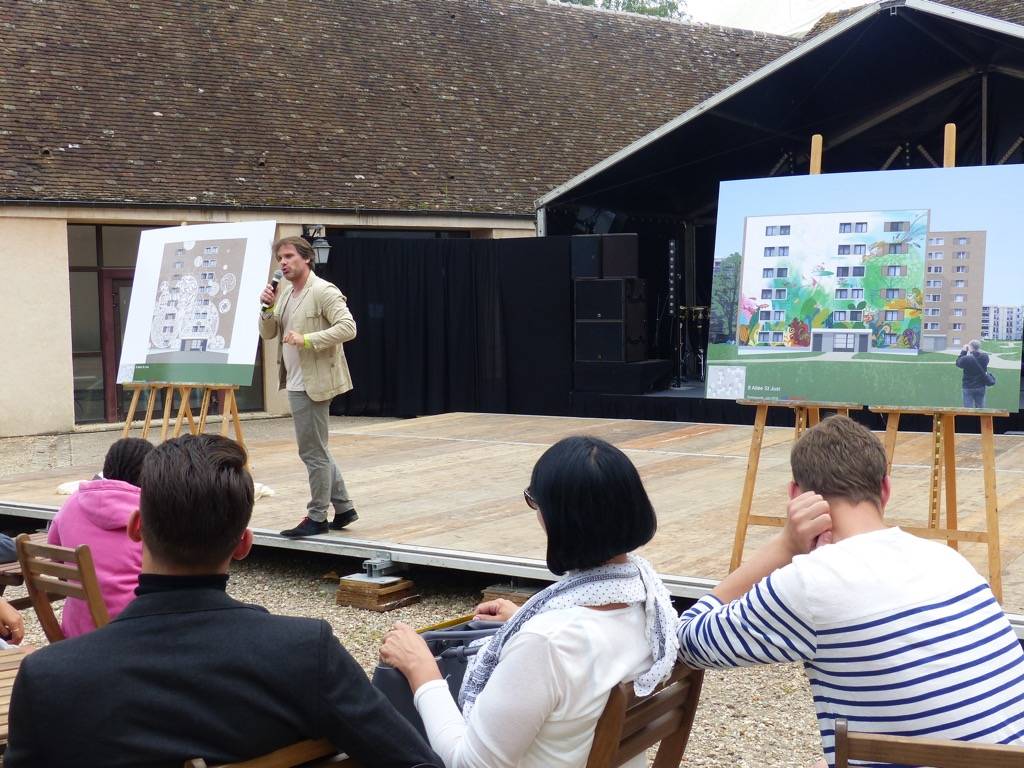 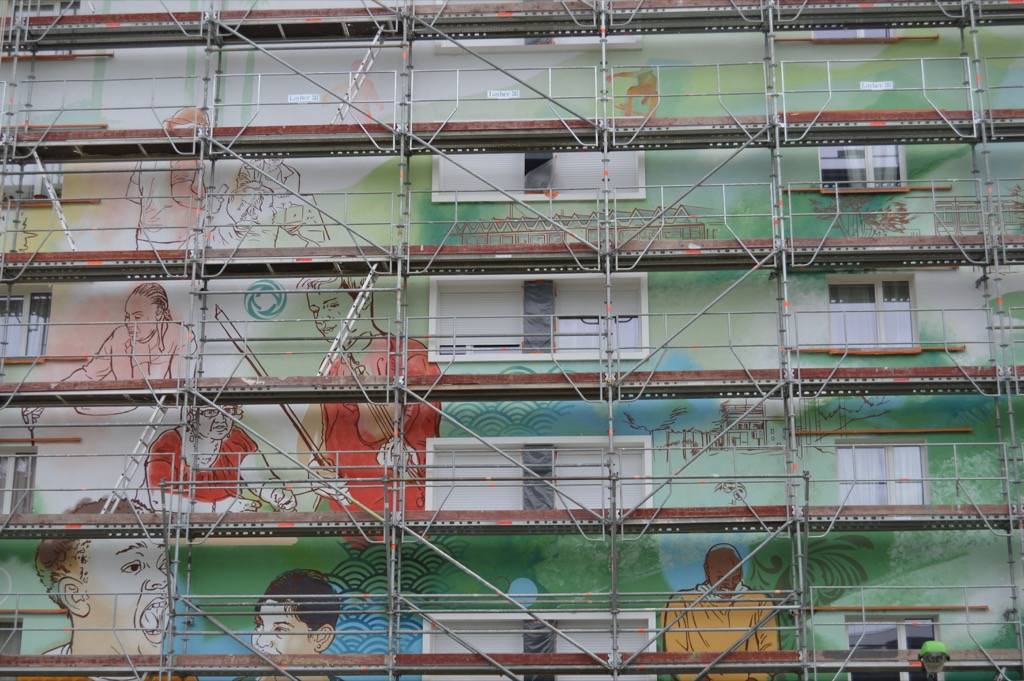 The mural of Farsta Strand inaugurated in Stockholm – Sweden

"Weaving" The murals of Valibout / the town of Plaisir GREATER PARIS