Since 1995 the “Lyonnais fresco” has attracted more than a million tourists a year and become one of the most visited places in Lyon. Much admired, it offers visitors an identity card of the city.

Setting the stage of Lyon’s heritage and 2,000 years of history

With its 2,000 years of history, UNESCO World Heritage status, squares, river banks, light shows, and its singular frescos in every neighbourhood, the City of Lyon has escaped standardisation, the ordinary, and the sterilising steamroller of globalisation.
François Gaillard
Director of the Lyon Tourism Office 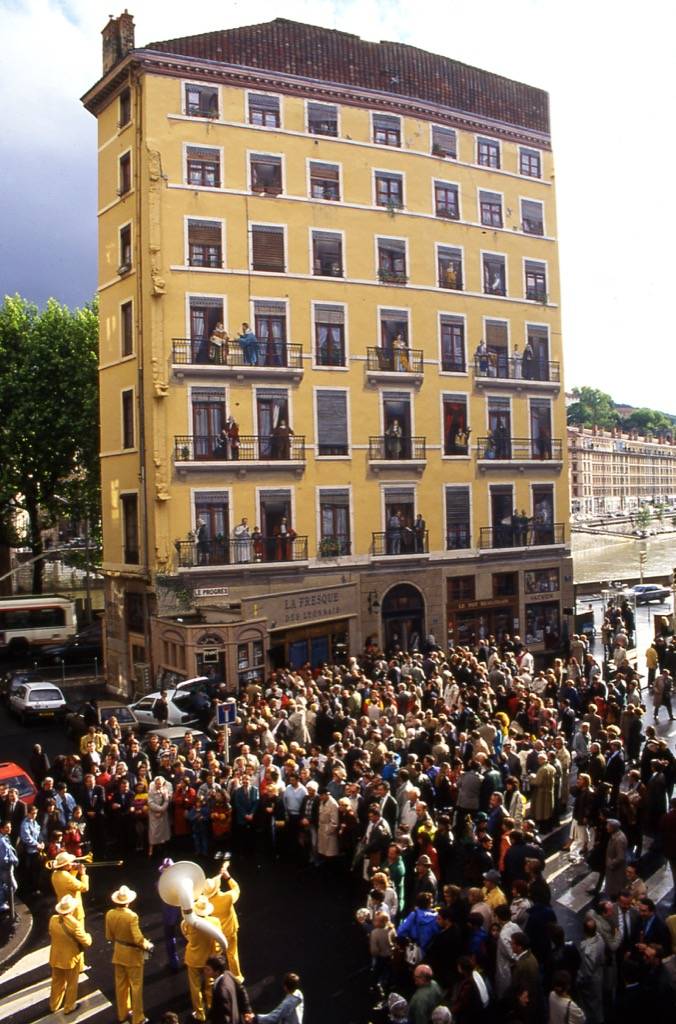 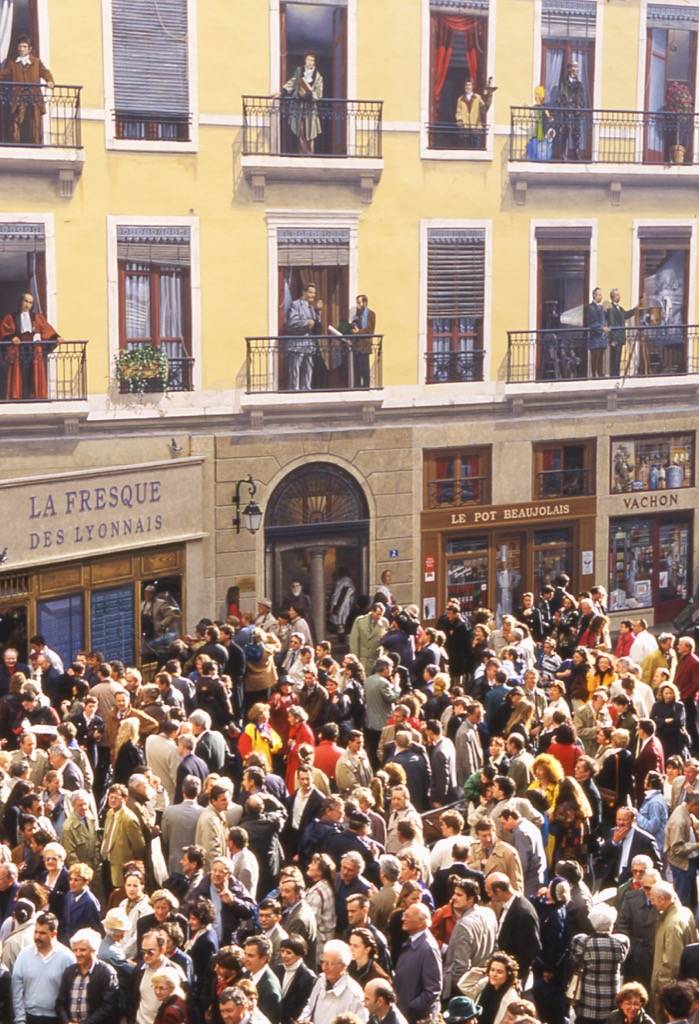 At the beginning of the 1990s, the city of Lyon decided to upgrade the rue de la Martinière, the central thoroughfare of the 1st arrondissement. How could property, shops and tourism be made more attractive in this long street in the heart of the city between the River Saone and Fourvière hill at one end and the hill of the Croix-Rousse at the other? What is more, it lies opposite the historic district of Saint-Jean, a UNESCO World Heritage Site?

The Lyonnais Fresco project came to life on a blind wall, and covers a surface area of 800 m² on what was formerly a real urban eyesore.
It depicts 30 of the famous men and women who have forged the history of Lyon, from the Roman emperor Claud, born in Lyon, to Father Pierre and Paul Bocuse, the Pope of French cuisine, all placed at the windows, doorways and balconies of this monumental trompe-l’oeil. They meet each other through the centuries. Also evoked are the techniques of Jacquard and the Lumière brothers, adventure with Claude Martin and Verrazane, the sciences with Claude Bernard, literature with Louise Labé, Maurice Scève, Saint-Exupéry and Frédéric Dard, research with Marcel Mérieux and Ampère, and humanism with Pauline Jaricot.
The work can be savoured like a good book. It attracts more than a million tourists every year, many of whom take selfies of themselves in the good company of the characters in the fresco. 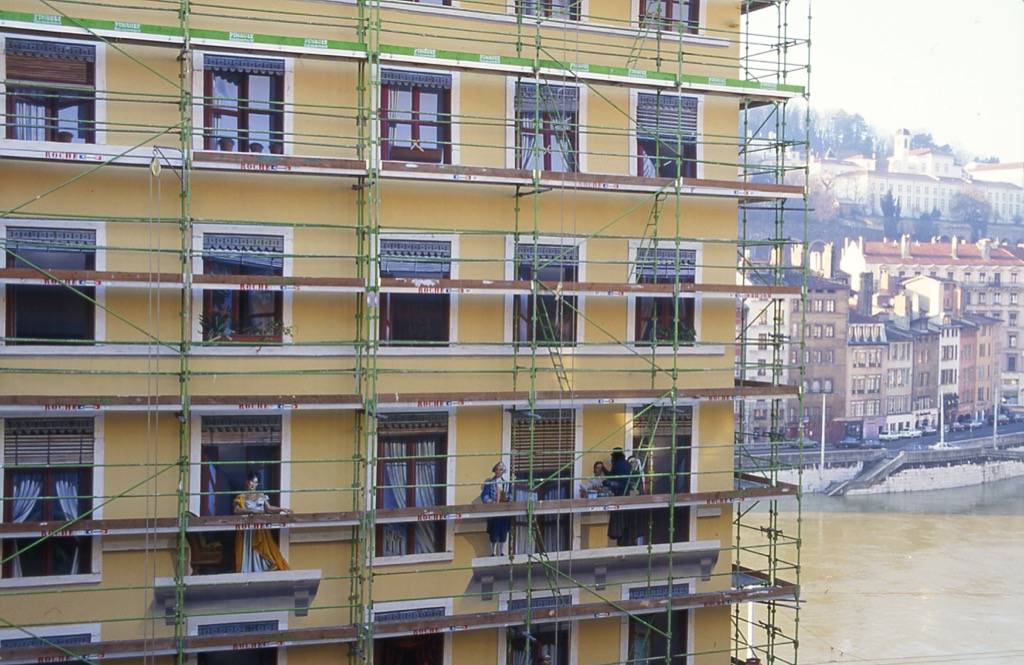 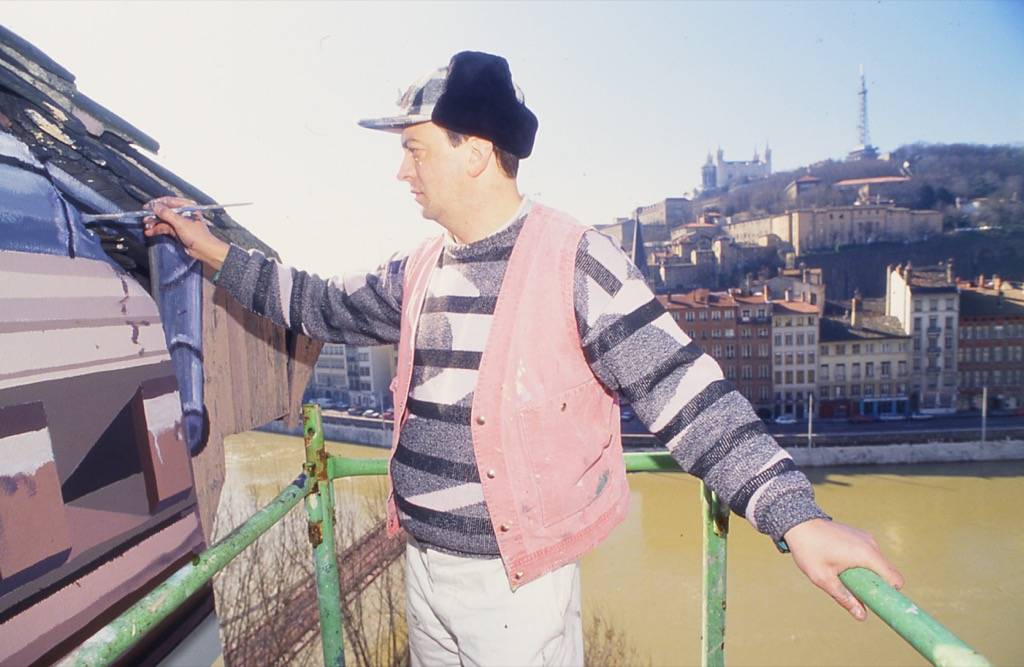 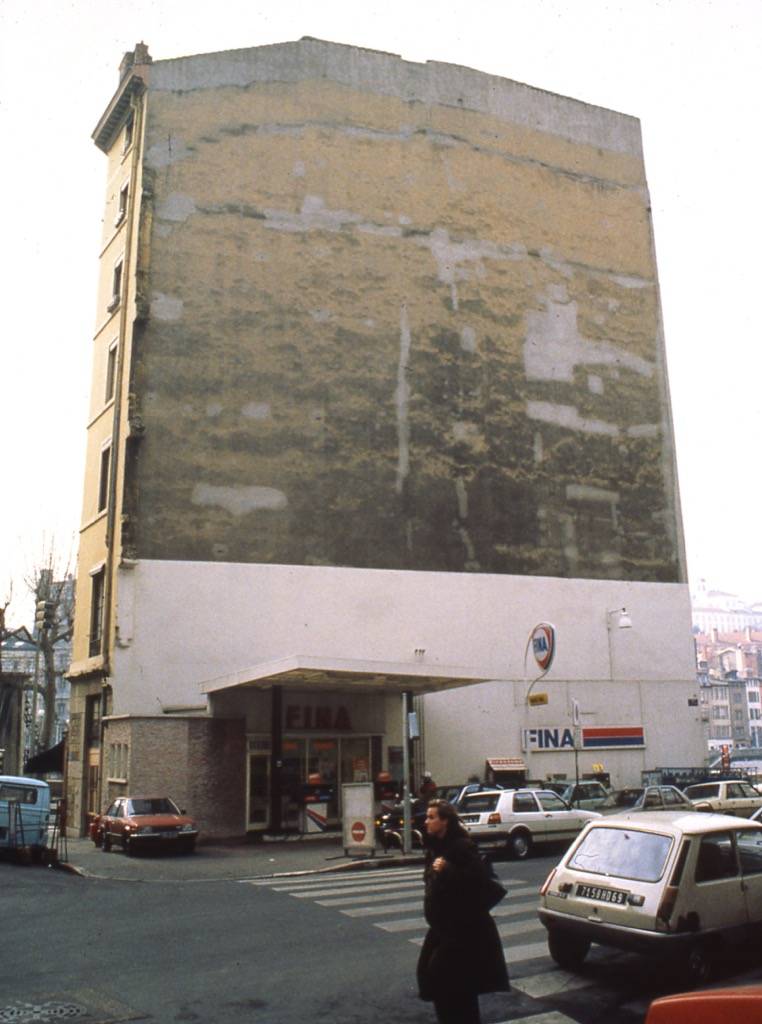 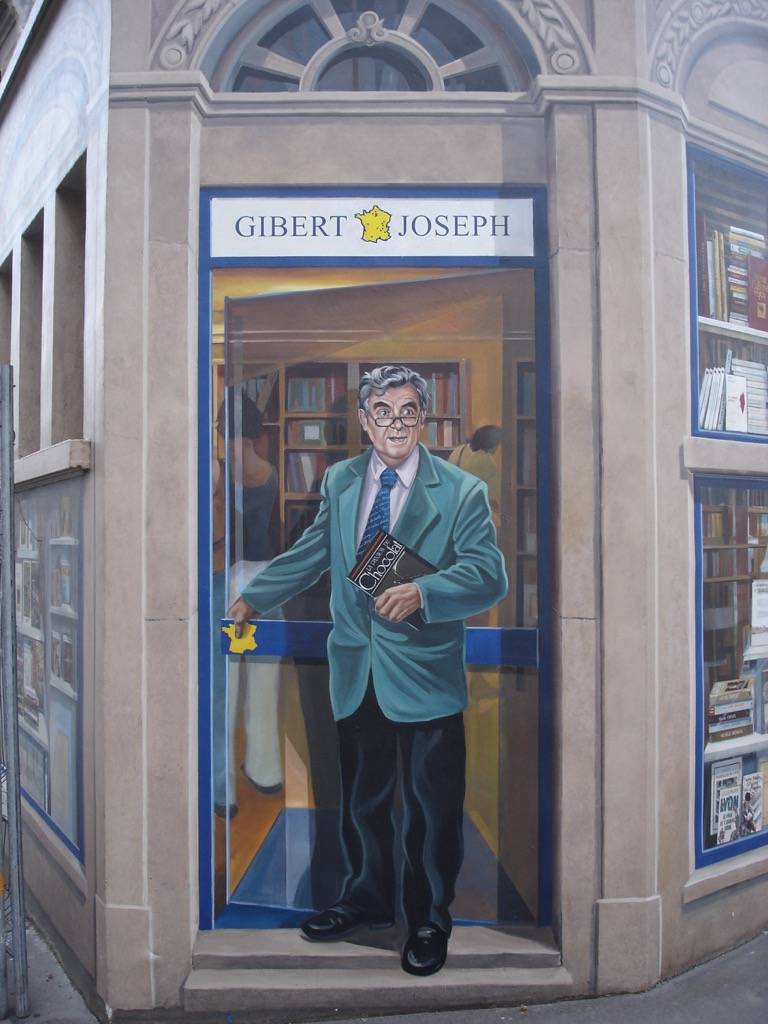 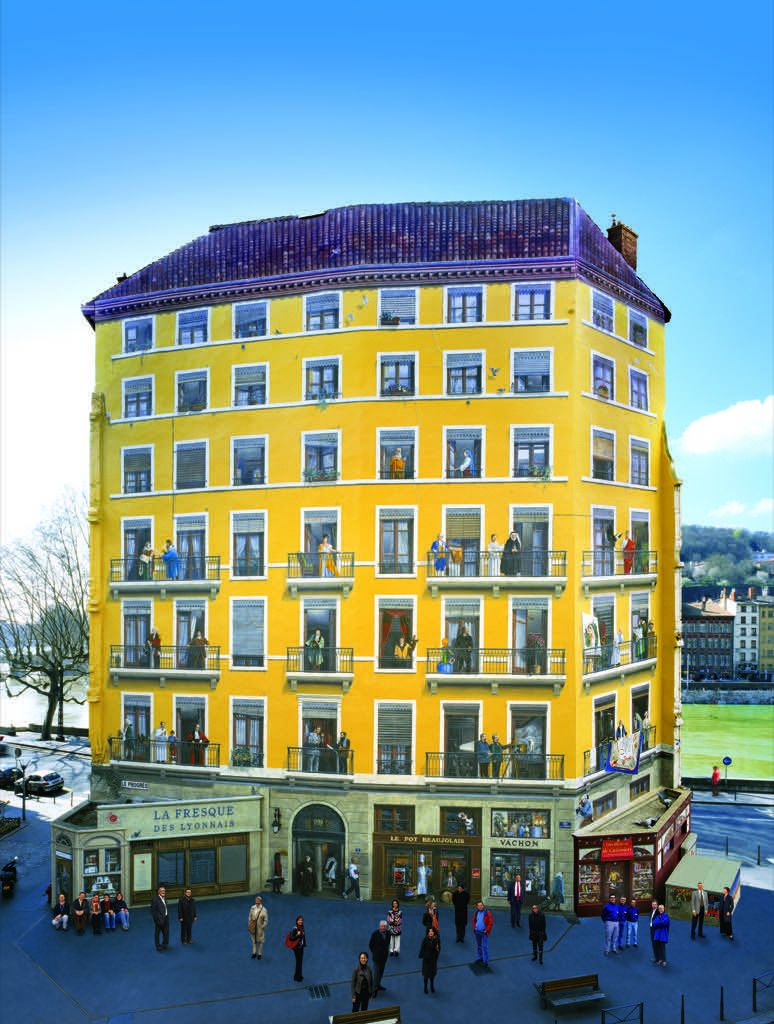