The light and plant mural – LYON

The City of Lyon has considerably enriched its circuit of much visited monumental mural designs with this innovative work. It blends the urban signature of mural paintings, of which Lyon is the European capital, in a composition punctuated by vertical plantations. Lyon’s reputation for its prowess in lighting is known worldwide and it also contributed its knowhow to illuminate this planted mural work.

A sustainable approach to urban embellishment

Three words for three Lyonnais talents. Three words for a production in which Lyon projects three remarkable identities: the city of light, the capital of painted murals and a community at the leading edge of the sustainable management of green spaces.
Gilles Buna
Former Deputy Mayor, Delegate for Urban Development and the Quality of Life 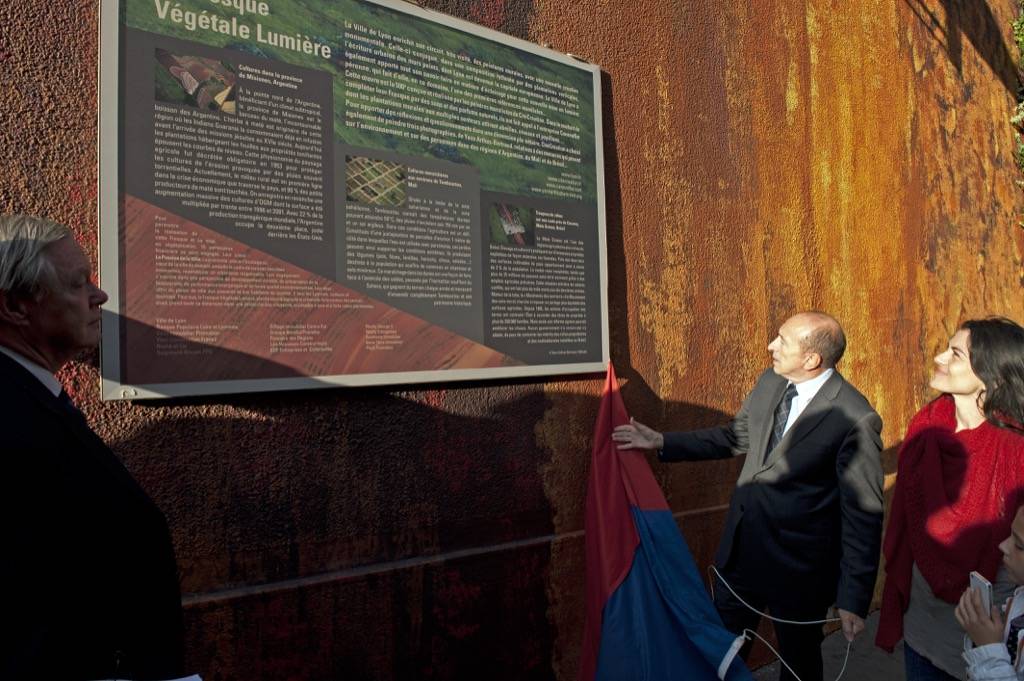 The wall around the Saint-Charles clinic in Lyon was constantly tagged. To remedy this problem, the Sisters of the Congregation of Saint Charles, very involved in the sustainable development actions they are carrying out in Africa, have asked the City of Lyon to find a lasting solution. Contacted by Lyon’s Urban Planning Assistant, the Scop CitéCréation has imagined an ambitious project using plants, light and mural painting. To bring reflections and questionings in a planetary dimension, the designers of CitéCréation chose to paint three photographs of Yann Artus-Bertrand, known to sensitize the general public to the environment.

The wall has now become an emblem that demands responsible urban planning for all, driven by the desire for creativity, the desire to waken the senses and place ecology at the heart of tomorrow’s city, and the desire to embellish the living environment with innovative ideas for the pleasure of visitors, tourists and the Lyonnais. It is now respected under the watchful gaze of the neighbourhood’s inhabitants. An innovation unanimously hailed by professionals and tourists alike, in 2012 it was awarded the international City People Light Award by the Lucy network for its sustainable lighting, aesthetic quality and the urban materials used. 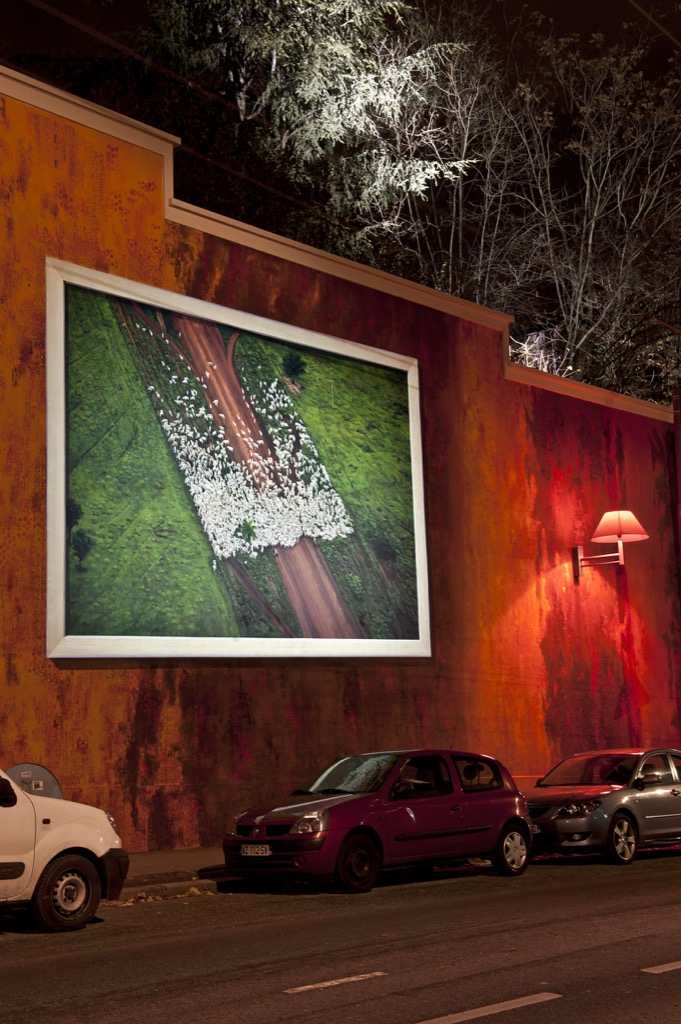 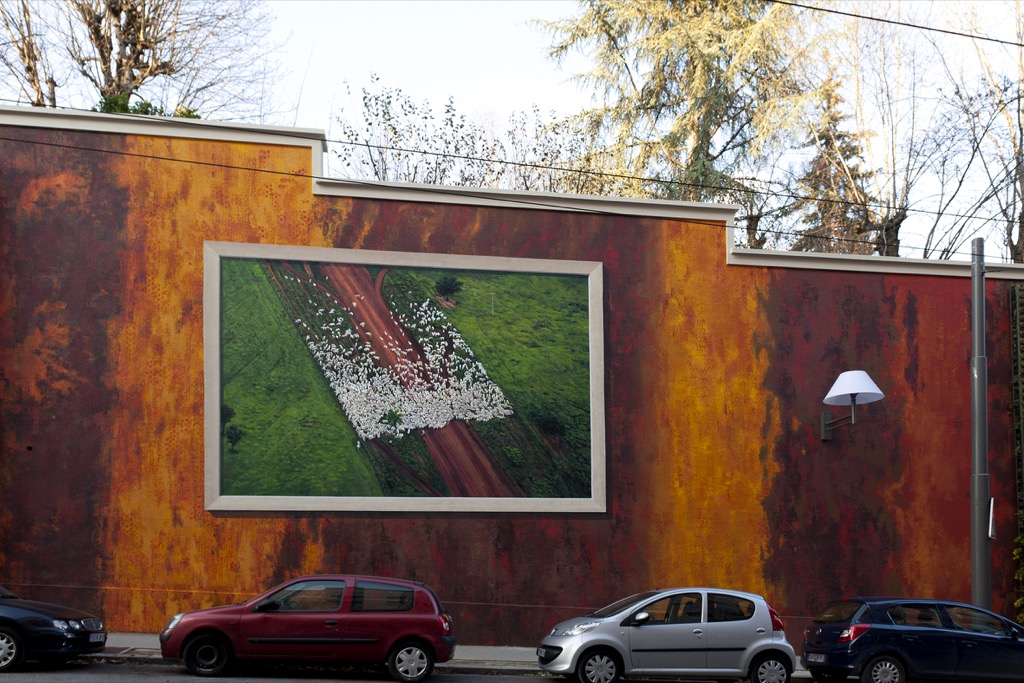 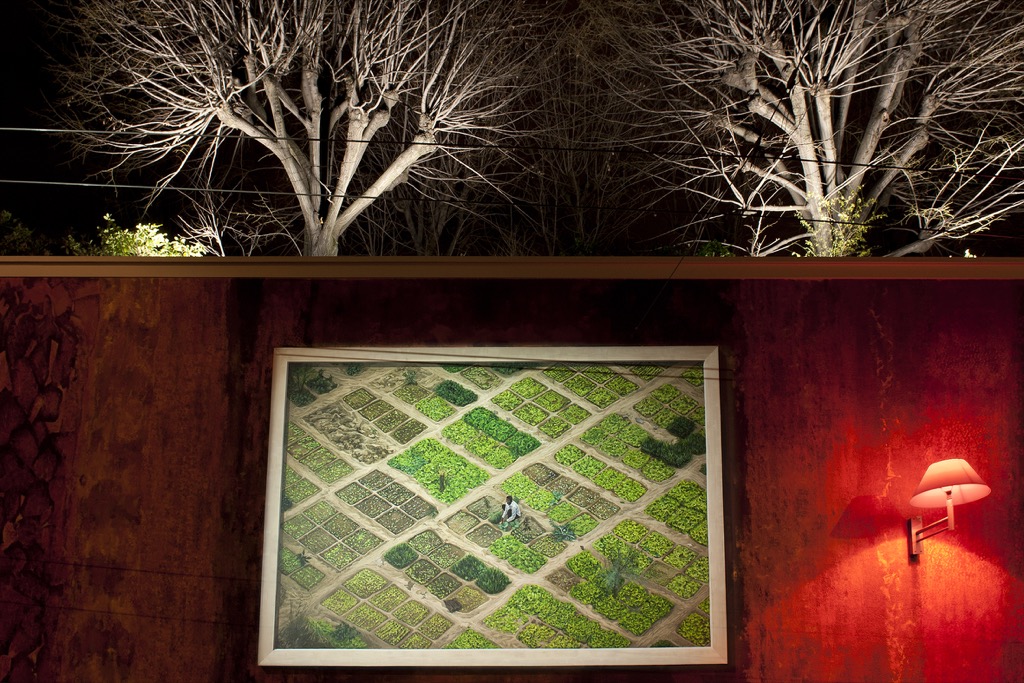