Already a celebrity in its own right, the flagship of Paul Bocuse, the Pope of French cuisine, no longer needs introducing. In its ideal setting, the red and green temple of the Auberge de Collonges-au- Mont d’Or is located close to Lyon, the well-named “Capital of gastronomy”, and has shone in the firmament with its Michelin three star rating for 50 years.

The road of great chefs, the figurehead of authentic gastronomy

From wall to wall, they display their talent, retracing memories near and far for posterity. In the space of the image they evoke for passers-by moments of history and intimacy are held suspended in time! Bravo to CitéCréation for knowing how to use such lustrous colours.
Paul Bocuse
Renowned French chef 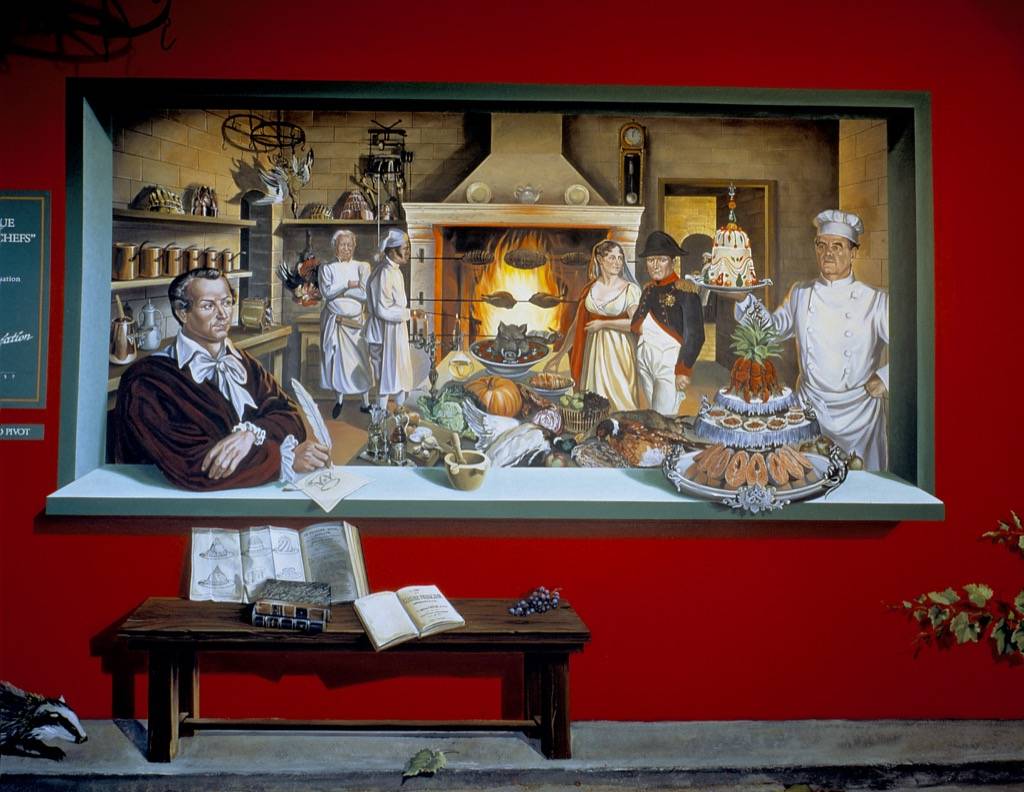 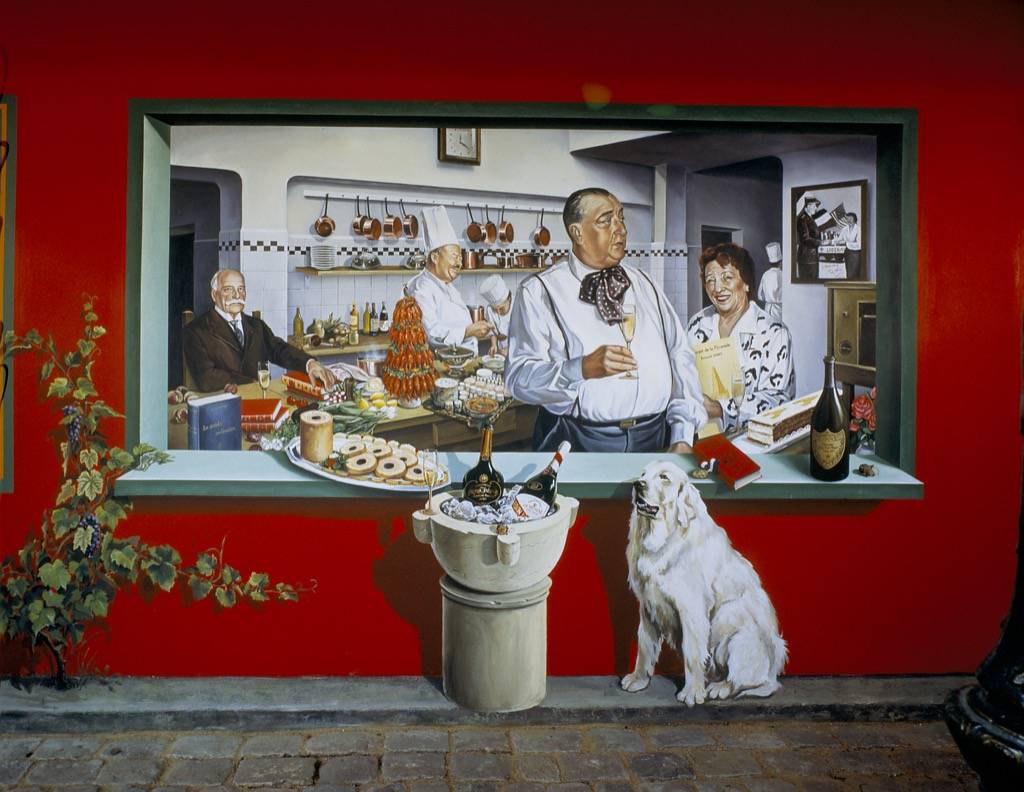 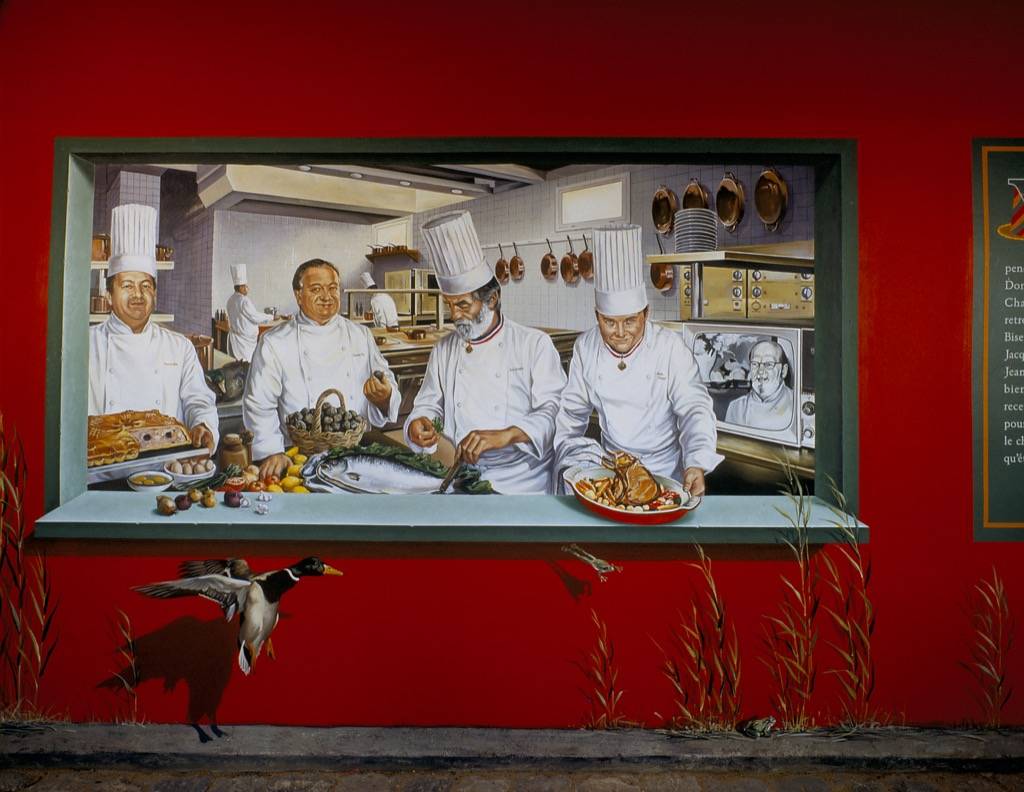 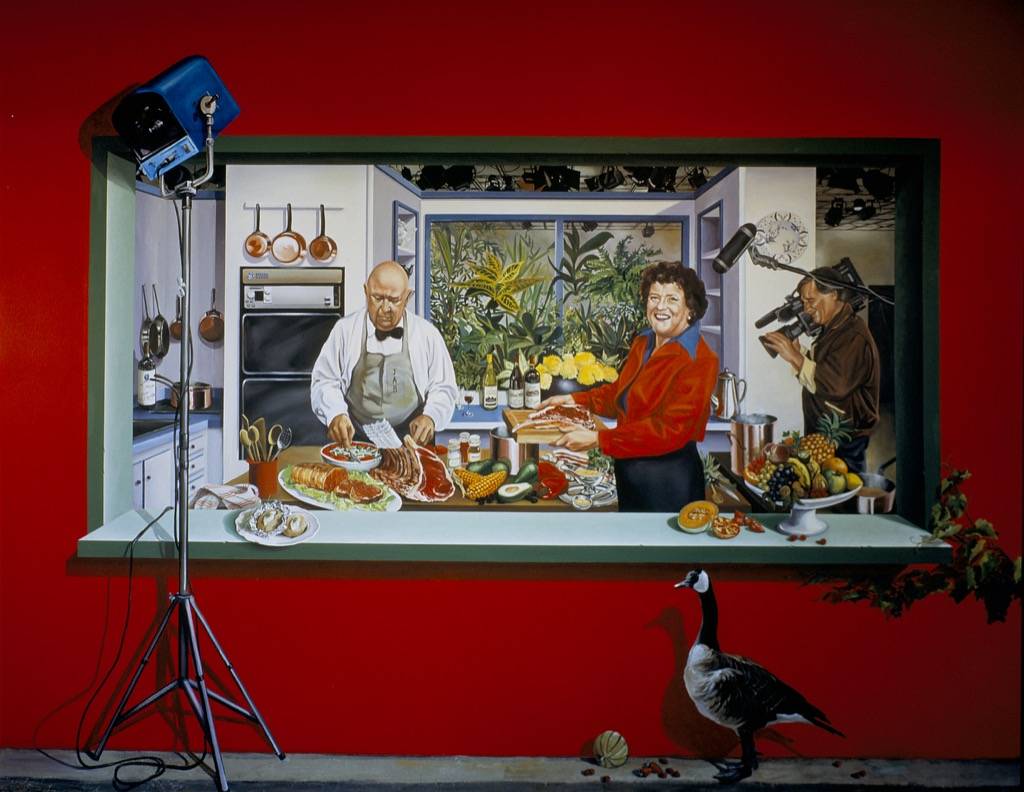 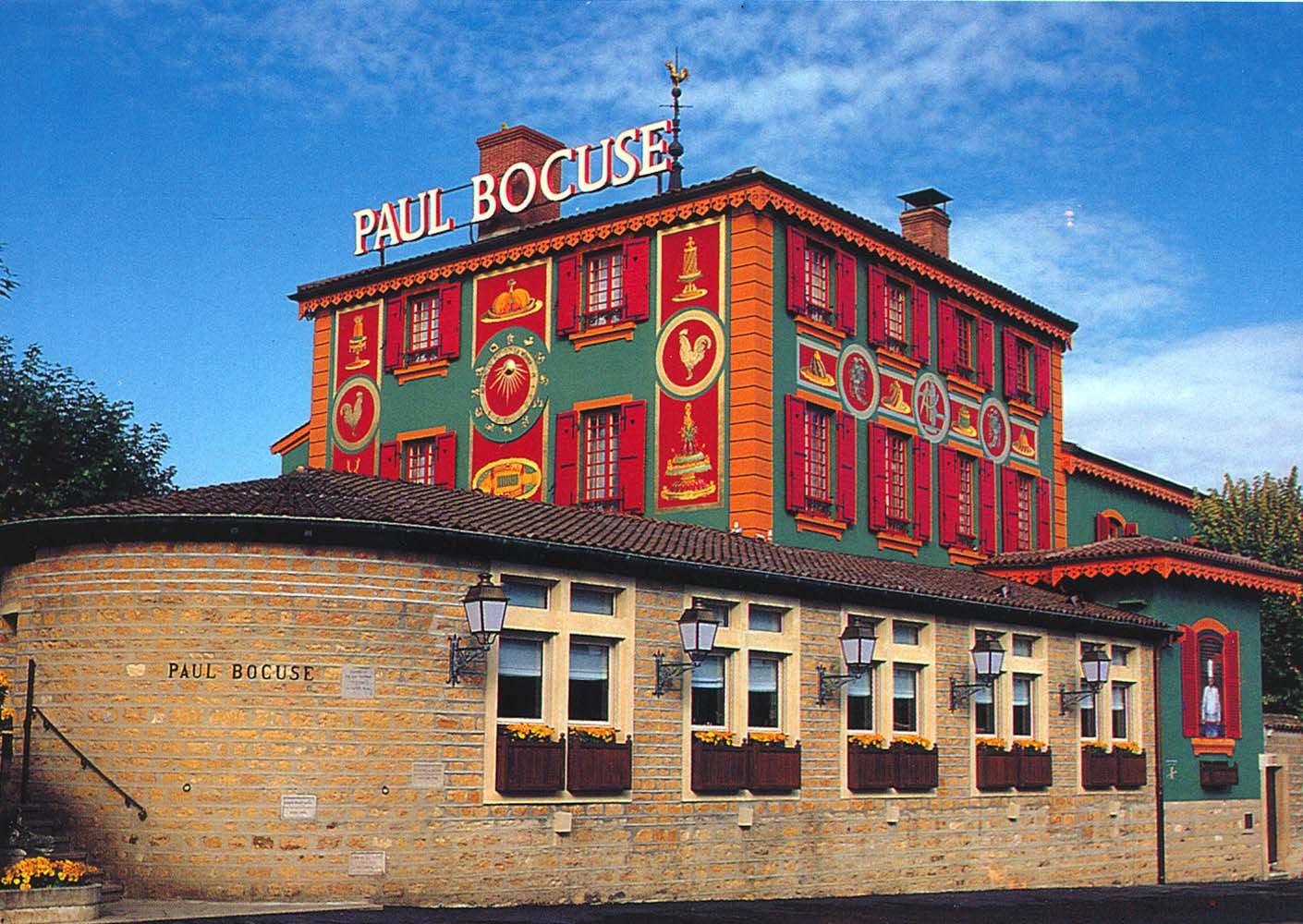 THE POINT OF DEPARTURE

Paul Bocuse, the great chef and businessman, was no miser with the praise he showered on his fellow travellers, “his friends”, other great chefs that have accompanied him, such as Point, Troisgros, and many others: French and international chefs like Raymond Olivier, Alain Chapel, James Beard, Shizuo Tsuji, the Best Worker of France honoris causa. He also wanted to honour women, the “Lyonnais mothers”: the Mères Brazier and Fillioux.
In the inner courtyard of his famous restaurant, seven tableaux render homage to all those who have worked for cuisine. It was Paul Bocuse’s way of honouring the people he considered represent the history of cuisine.

Several thousand clients come every year to one of the best-known restaurants in the world. The visitor is welcomed immediately… 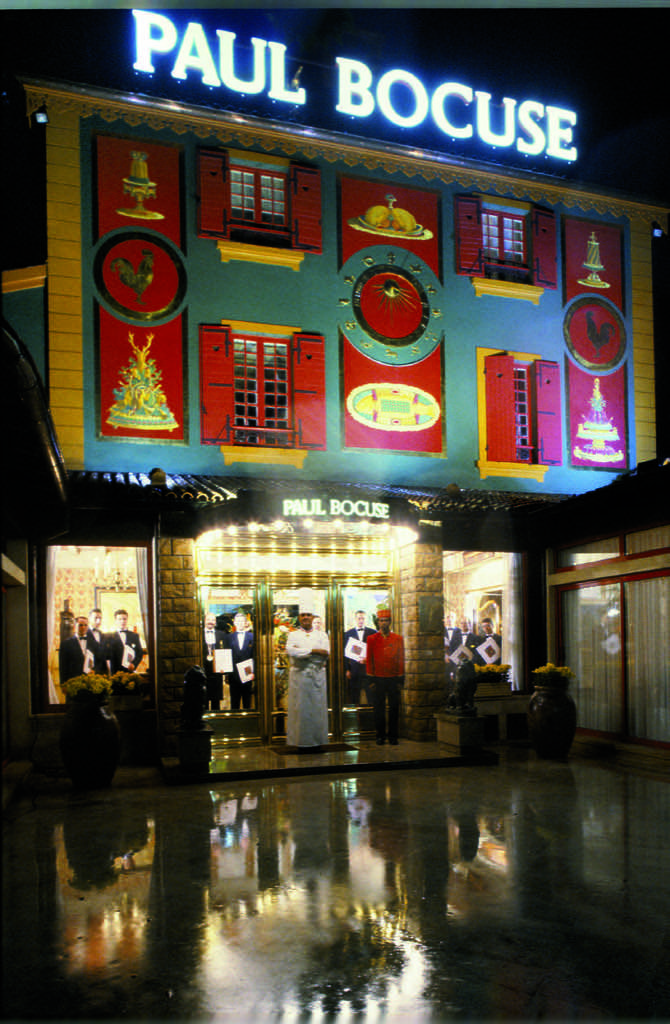 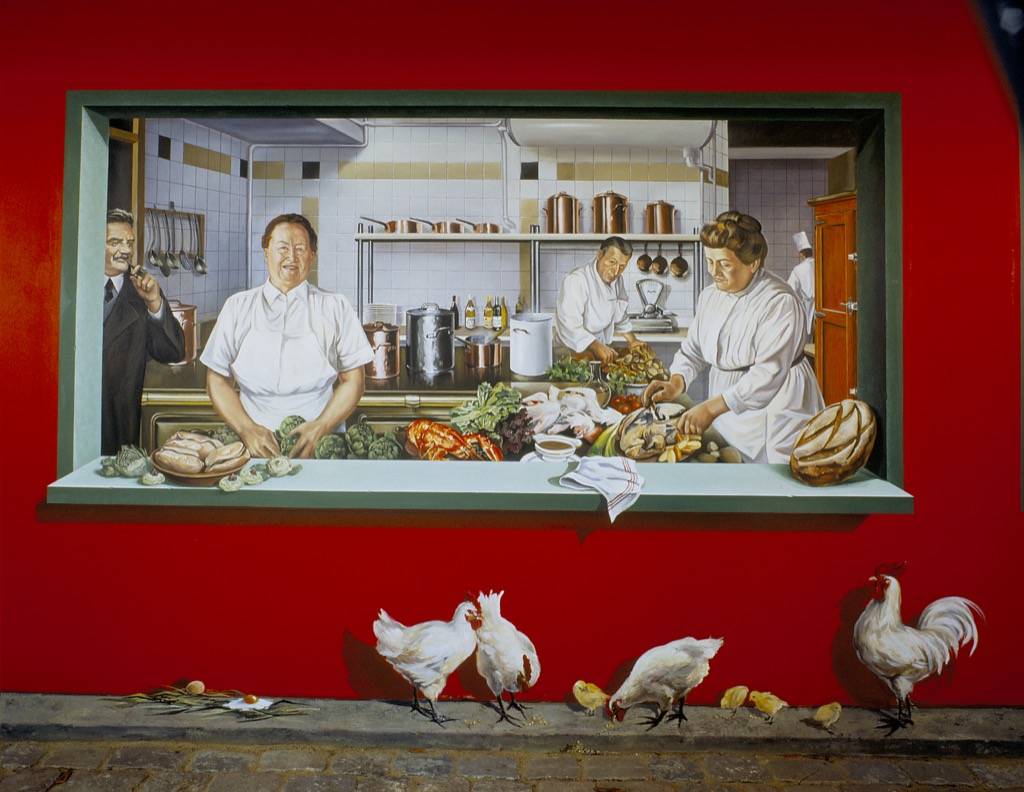 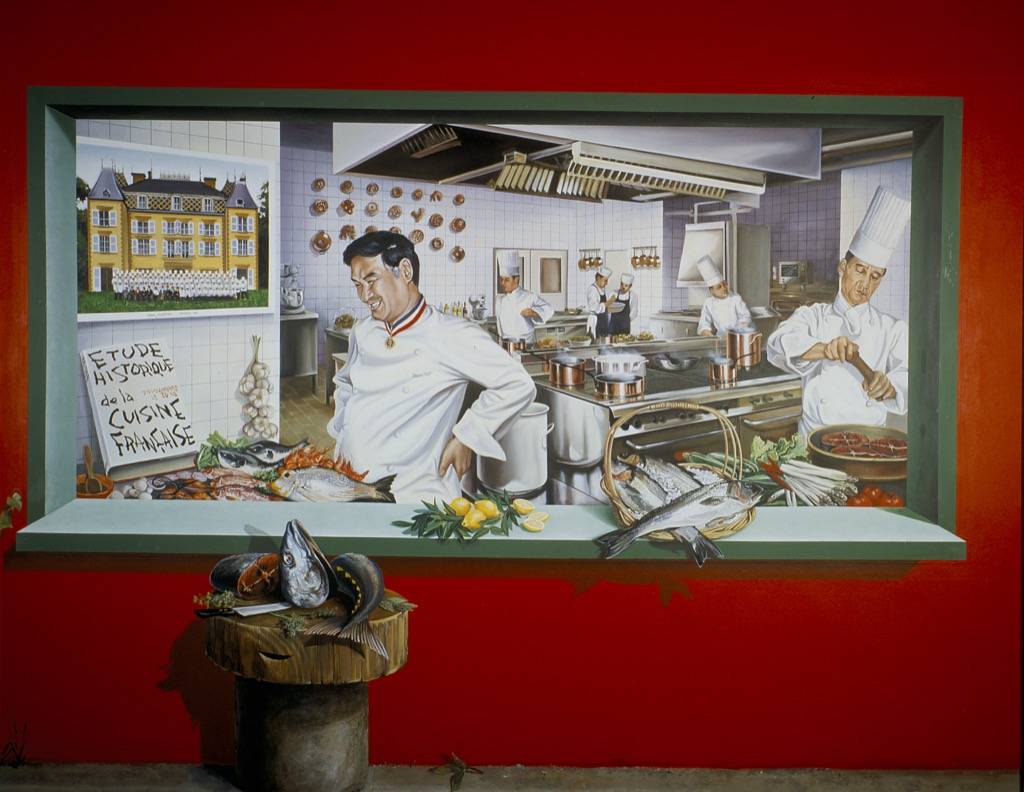 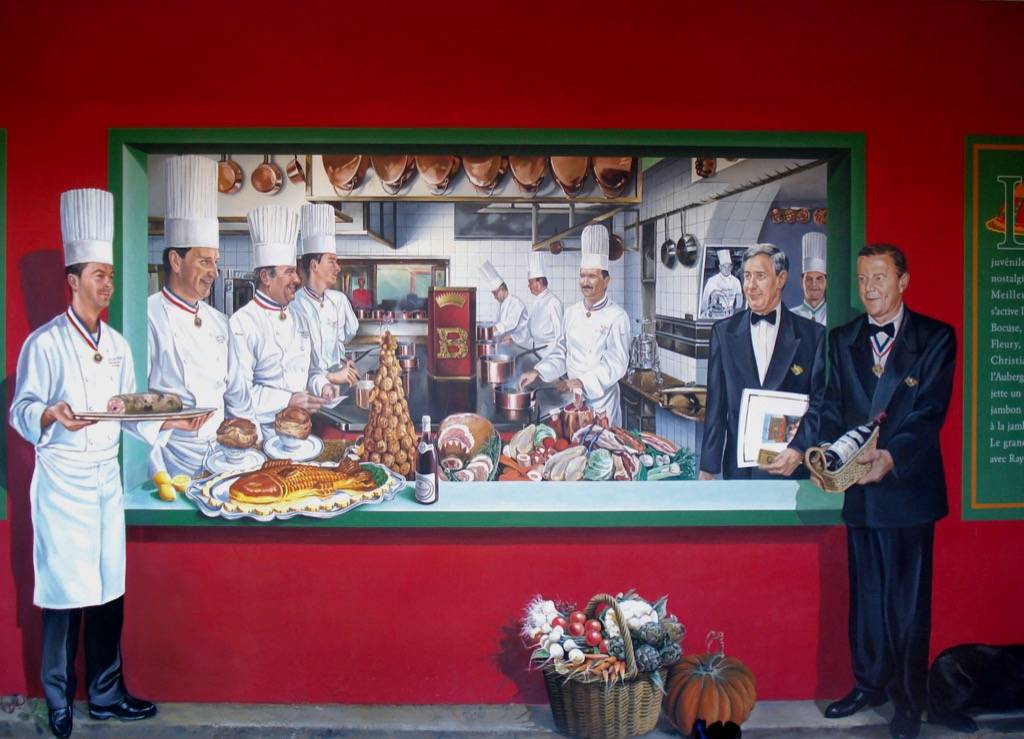 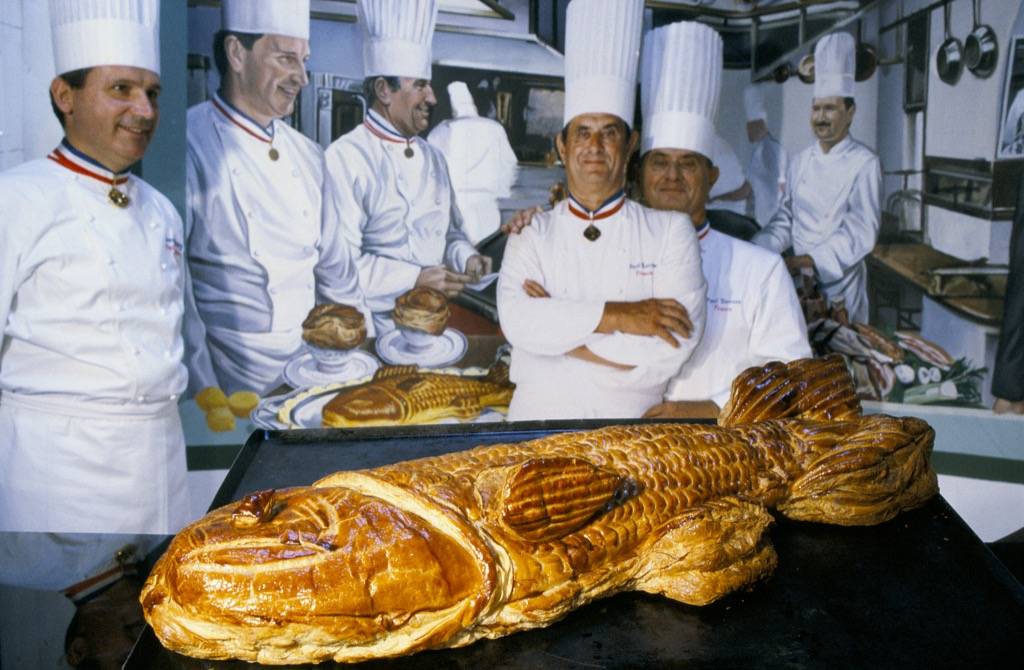 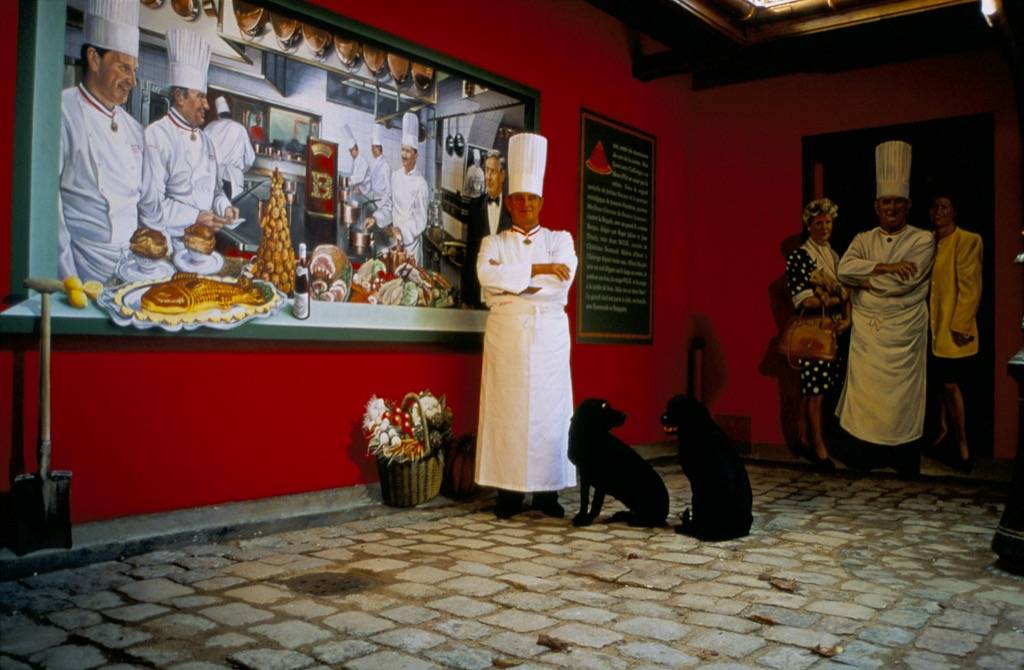