In the country Charlie Chaplin chose to settle in, on the shores of Lake Geneva, two low rent buildings stand isolated from the town of Vevey. With a height of 40 metres, these monumental mural works produced by CitéCréation stand out as a new and elegant landmark. 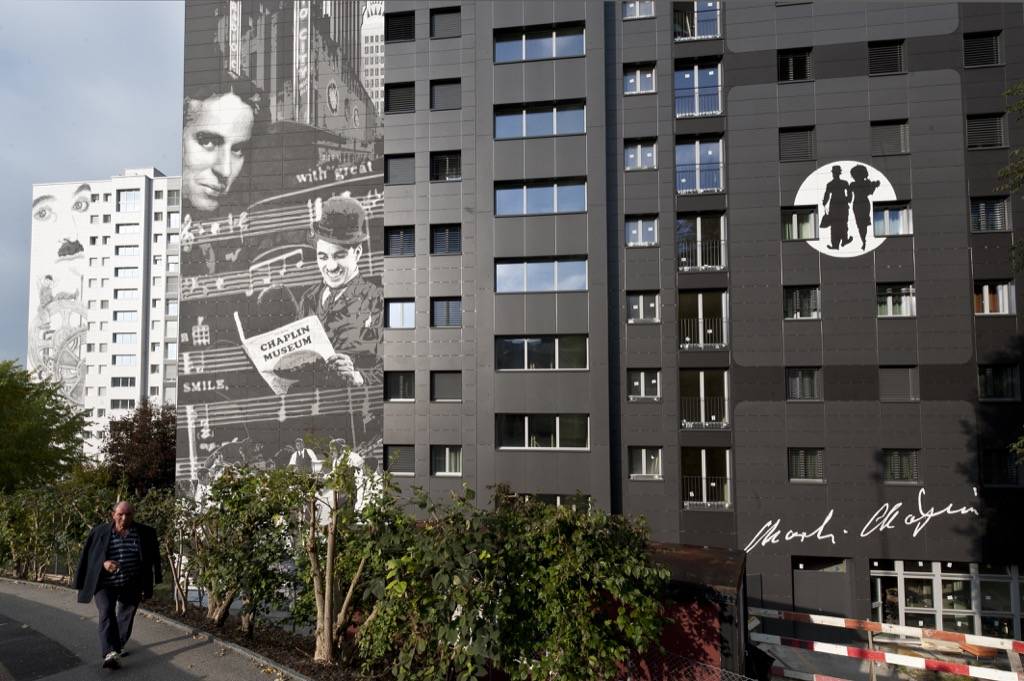 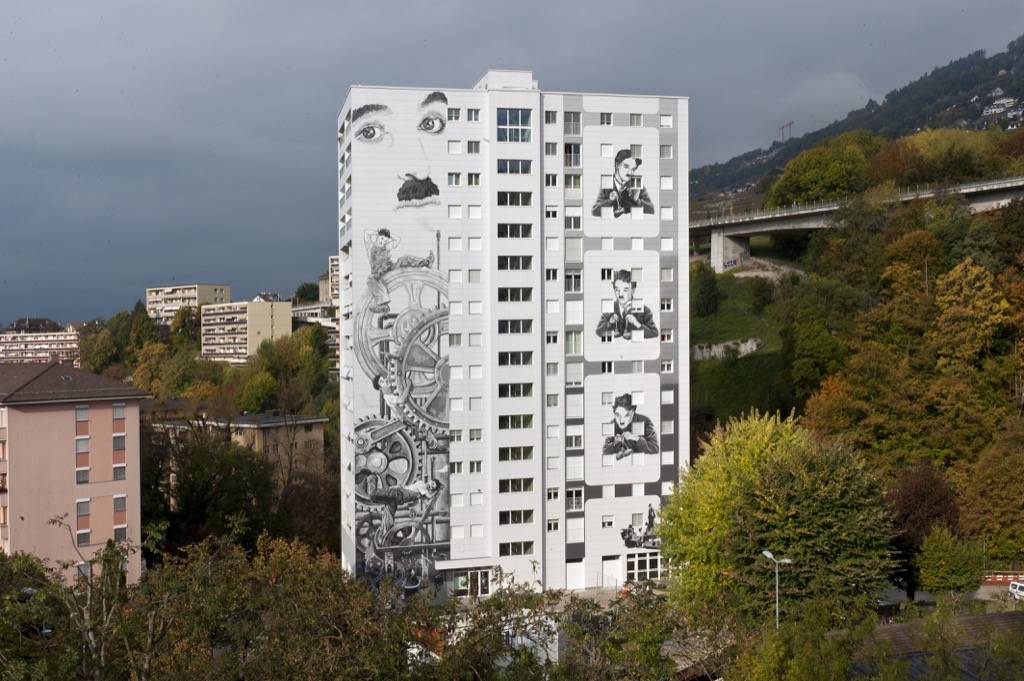 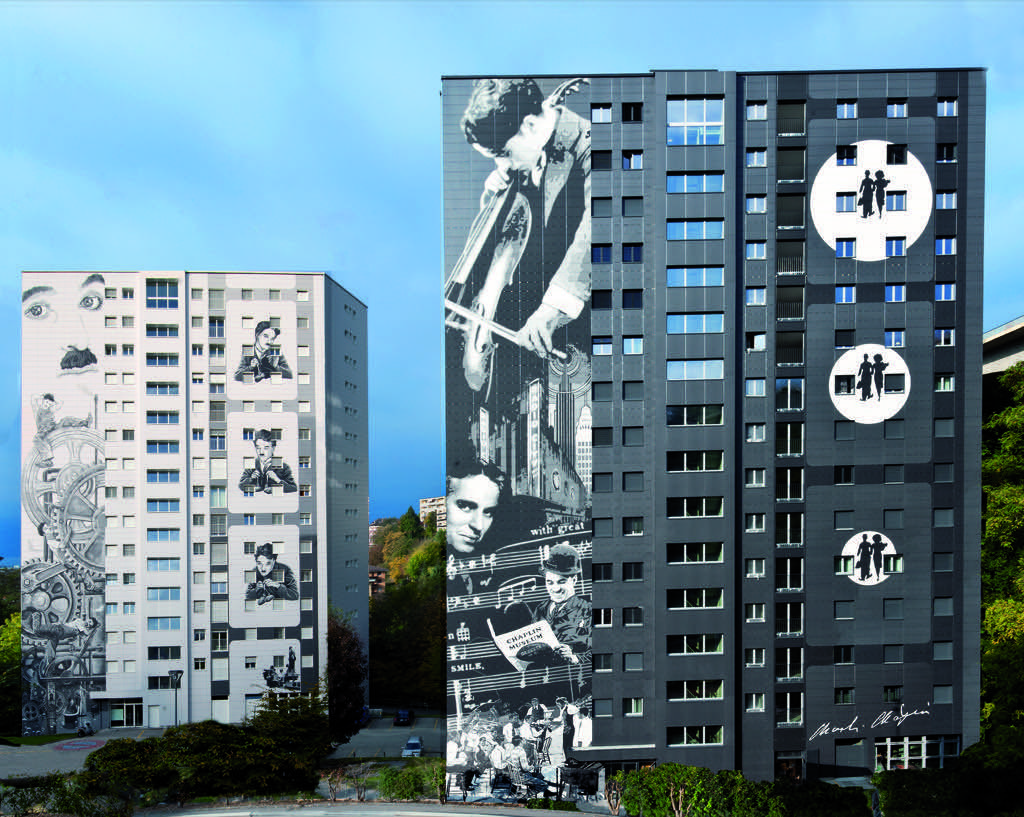 How could this micro-territory be brought out of isolation?
In the framework of equipping these two buildings with thermal insulation, the town of Vevey wanted to provide a strong cultural dimension to change the negative image of this poorly considered urban space and reduce its isolation in relation to the town and the region of Vaud.

Thanks to the genius of Charlie Chaplin, this project with global impact restored the pride of an entire population, giving them a new sense of belonging and history; it also allowed reconnecting this district with the city centre by giving it an urban role to play. Previously given a bad image, Gilamont has now found its identity. People come to visit it and it has become the pride of its inhabitants. 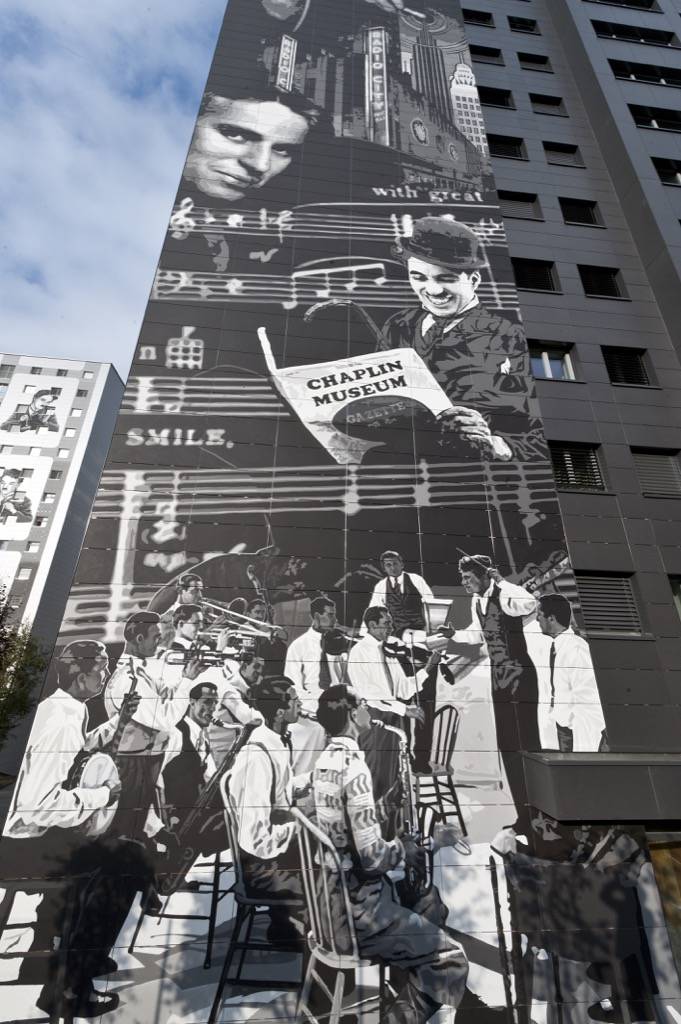 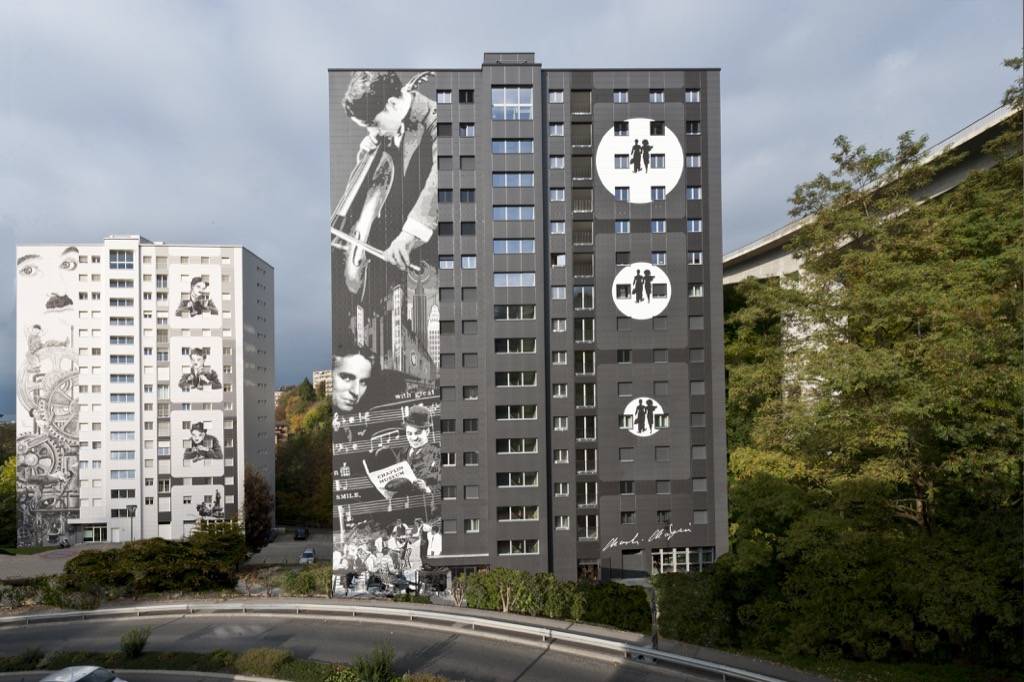 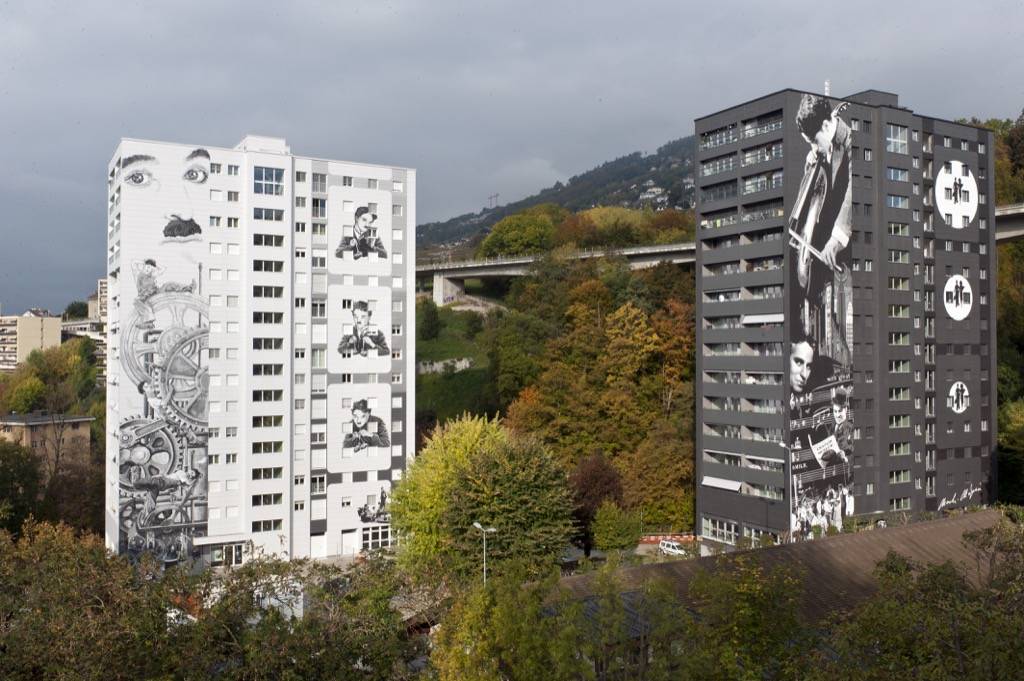 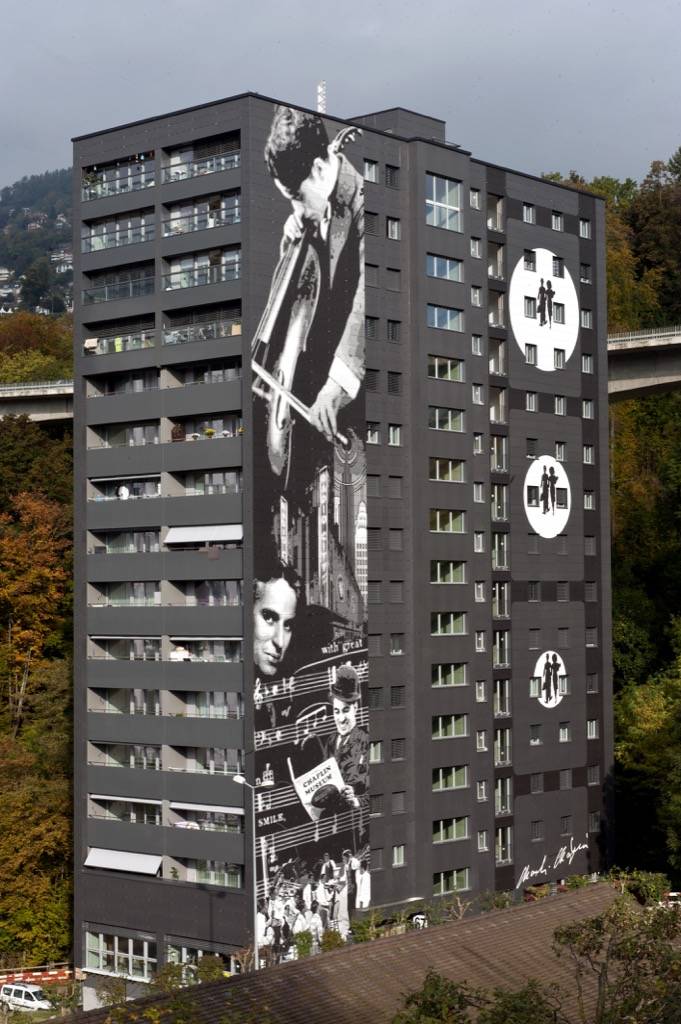 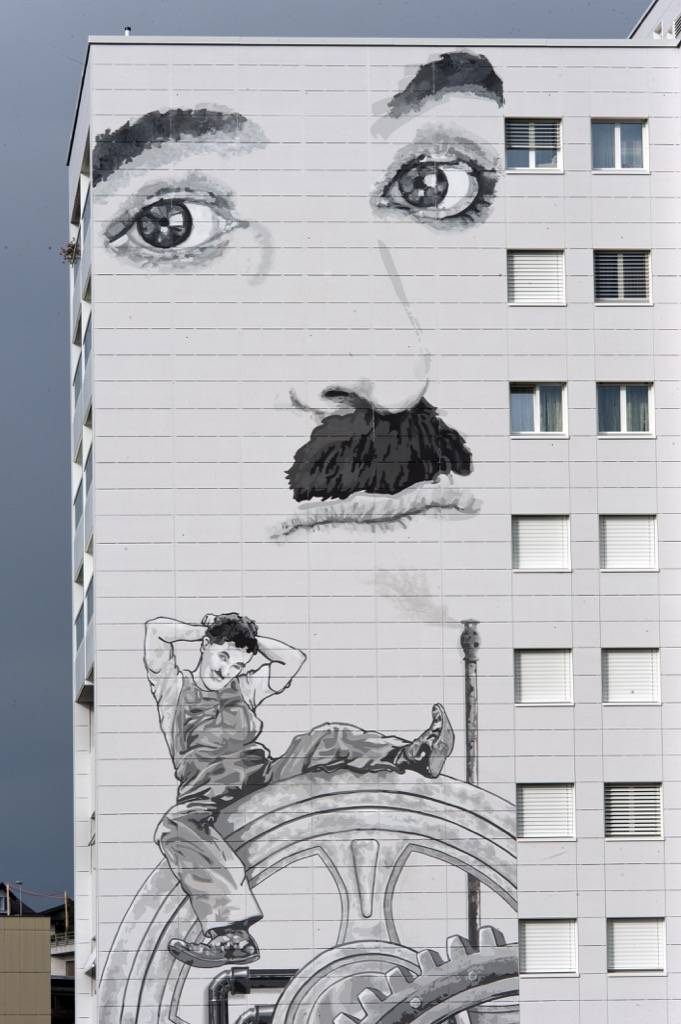 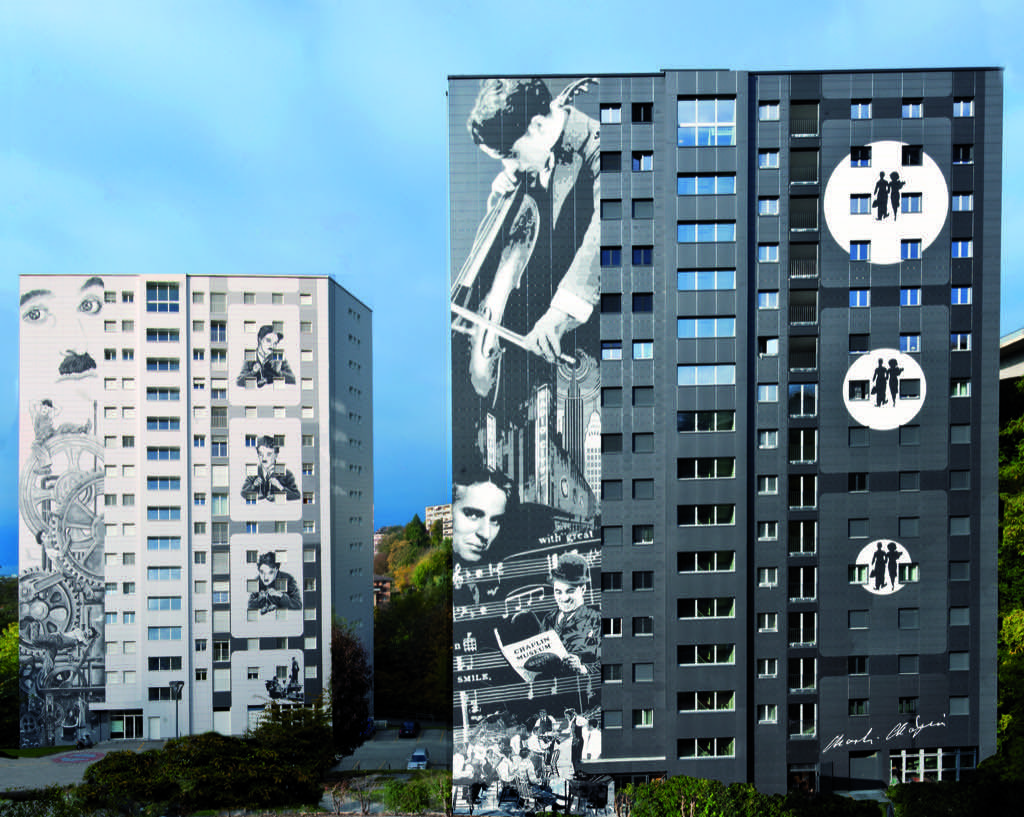 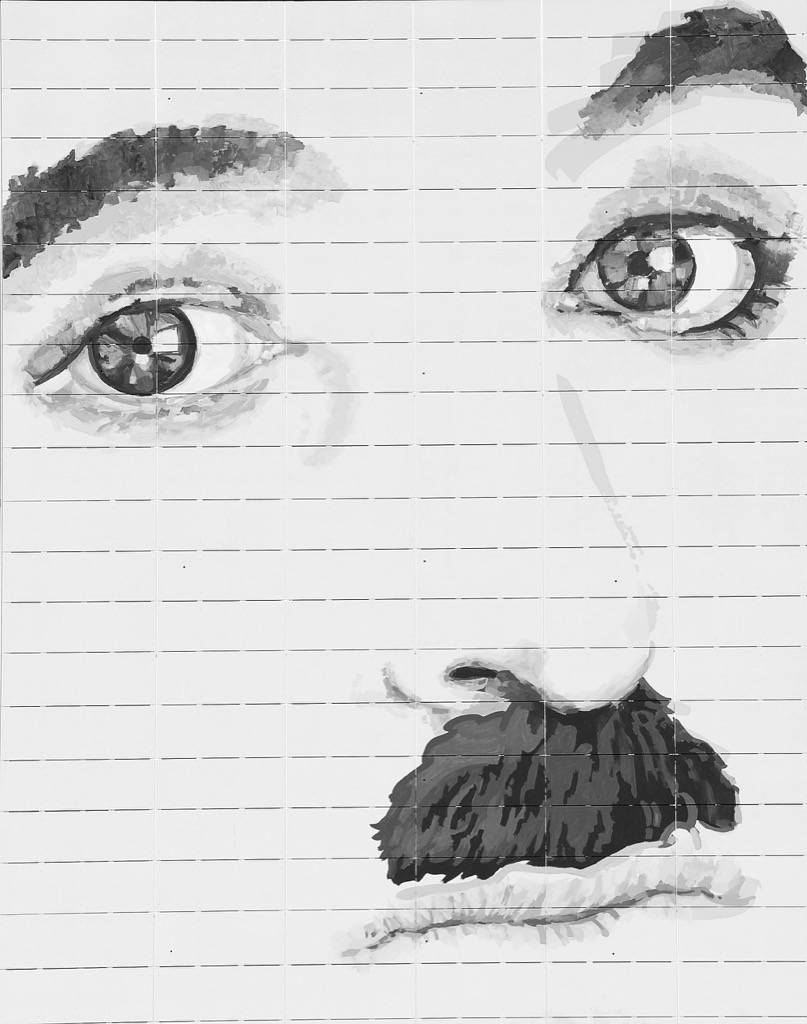