The seven great growths of Chablis

Within the framework of the thermal and technical rehabilitation of its heritage, Domanys (a housing organization in the Yonne department) commissioned the muralist painters of CitéCréation to provide a high quality artistic and technical response that corresponds to the requirements and identity of the Chablis area (boulevard Pasteur/rue des Picards) and to change the appearance and image of the buildings of the Pasteur residence, in Chablis, and, to embellish the environment, to include this dynamic in a participative approach with its tenants and residents.

A heritage facing the hill:

Listening to the history of the inhabitants who have lived in the residence and their town for 5-10-30 years, paying tribute to the singularity of the City of Chablis in its natural environment, providing a few details as so many winks that deliver a unique history… CitéCréation strives to embellish the heritage by endowing it with all the assets of the history of Chablis and its economy: that of the wine symbolized by its seven great growths.

The artistic spirit of the monumental work:

The artistic creations are based on the chromatic range of colors of the Chablis, from lemon to brown through gold and amber.
The overall composition makes the buildings “vibrate” in order to lighten their relatively imposing volumes, while signifying the presence of the seven entrances, intended for the inhabitants.

In the fall, the seven entrances to the residence will be completed:

In the order of the climates facing them, the starters will reveal the gustatory touches of each of the seven Chablis Grand Crus. As a backdrop, we find the chromatic variations that shape the robe of the Chablis wines. 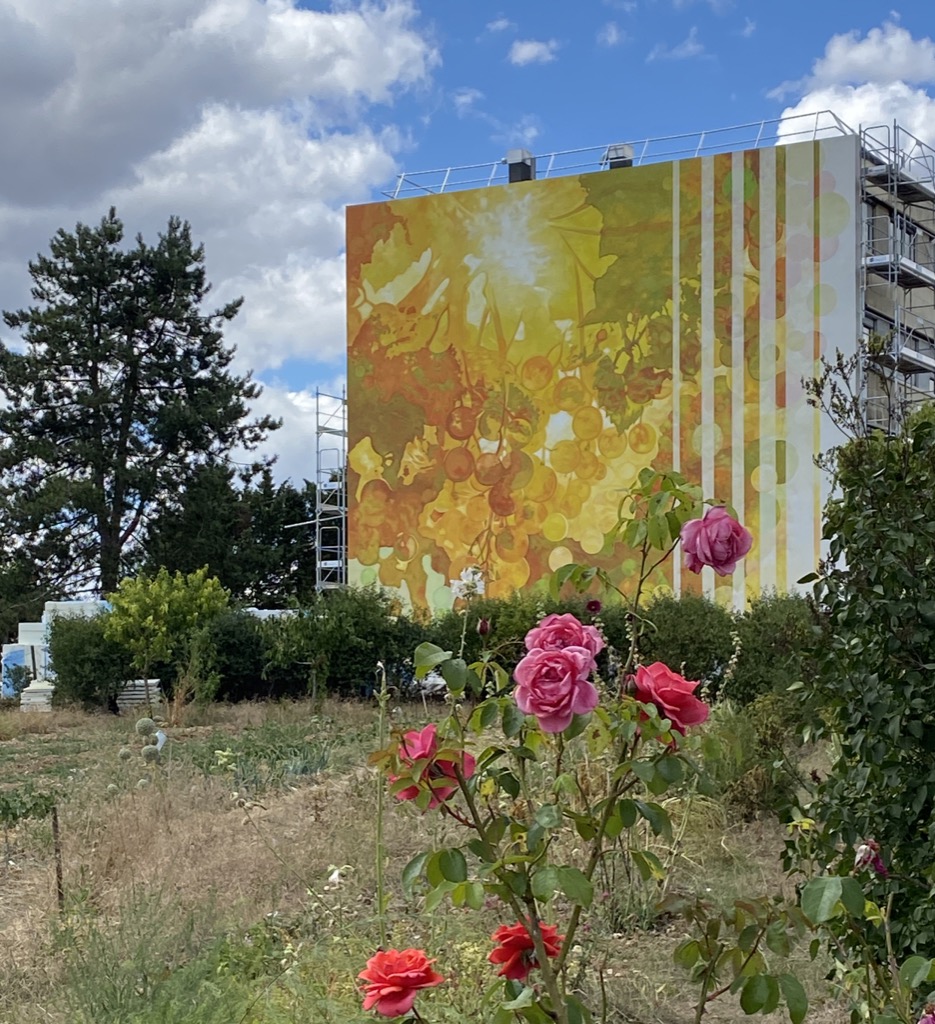 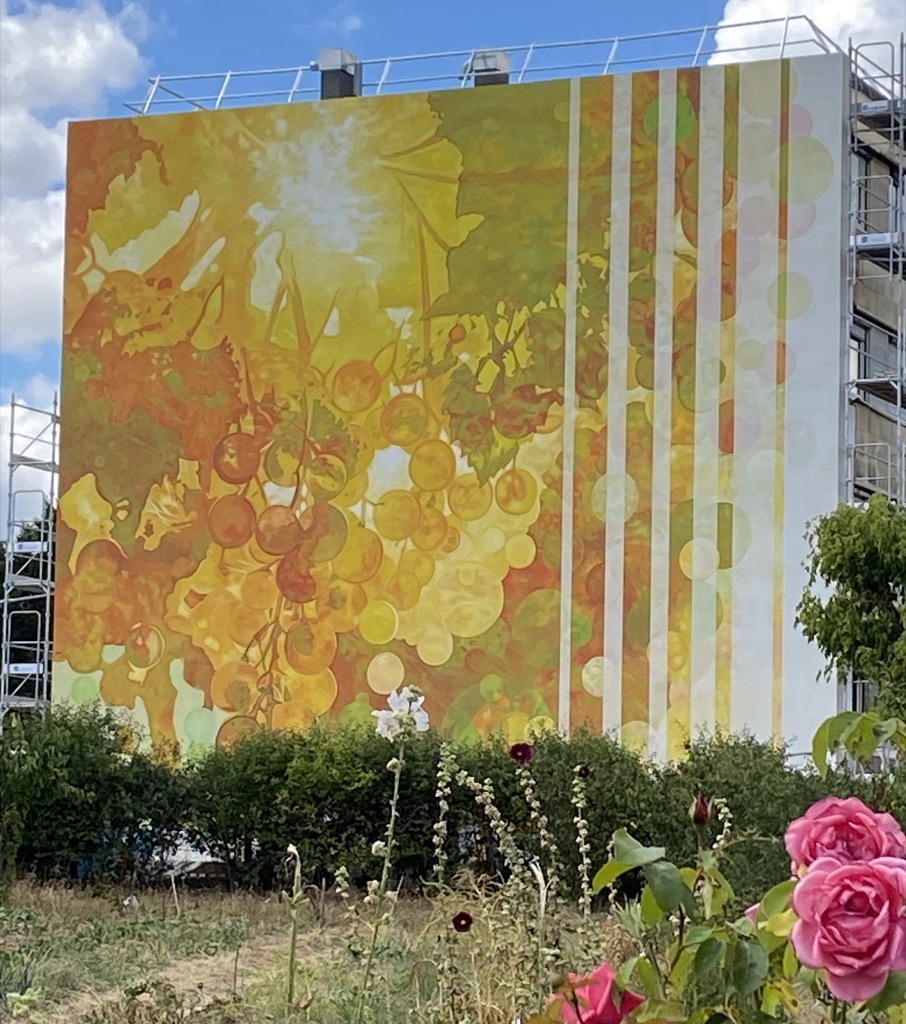 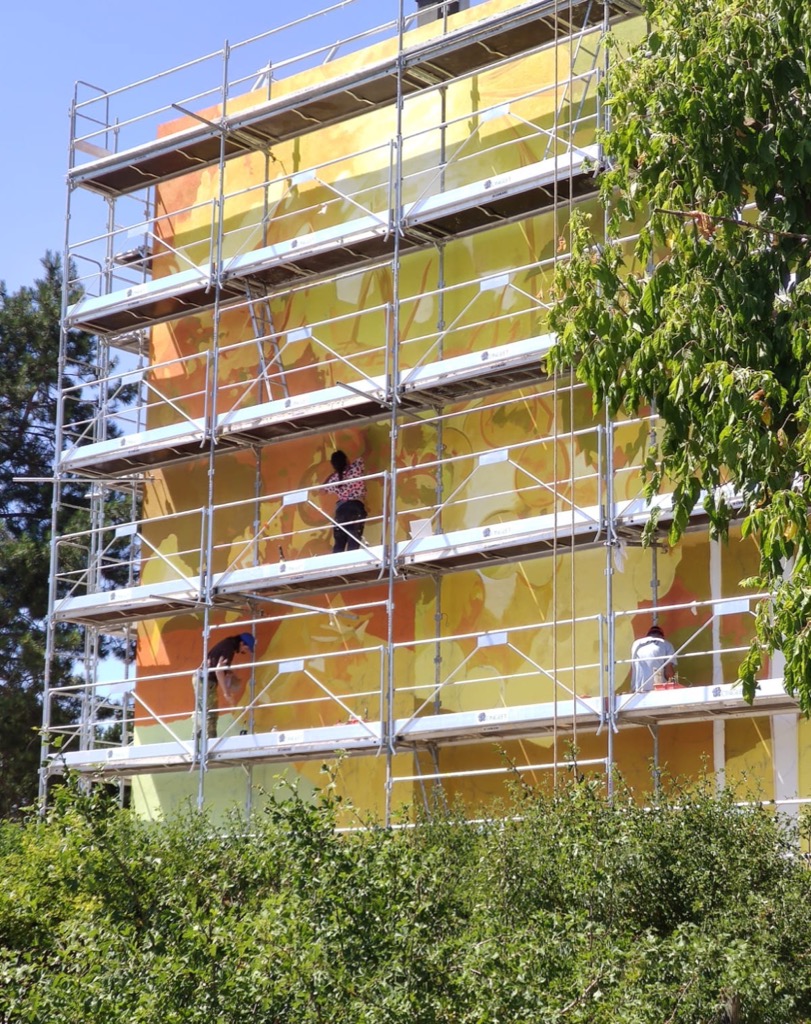 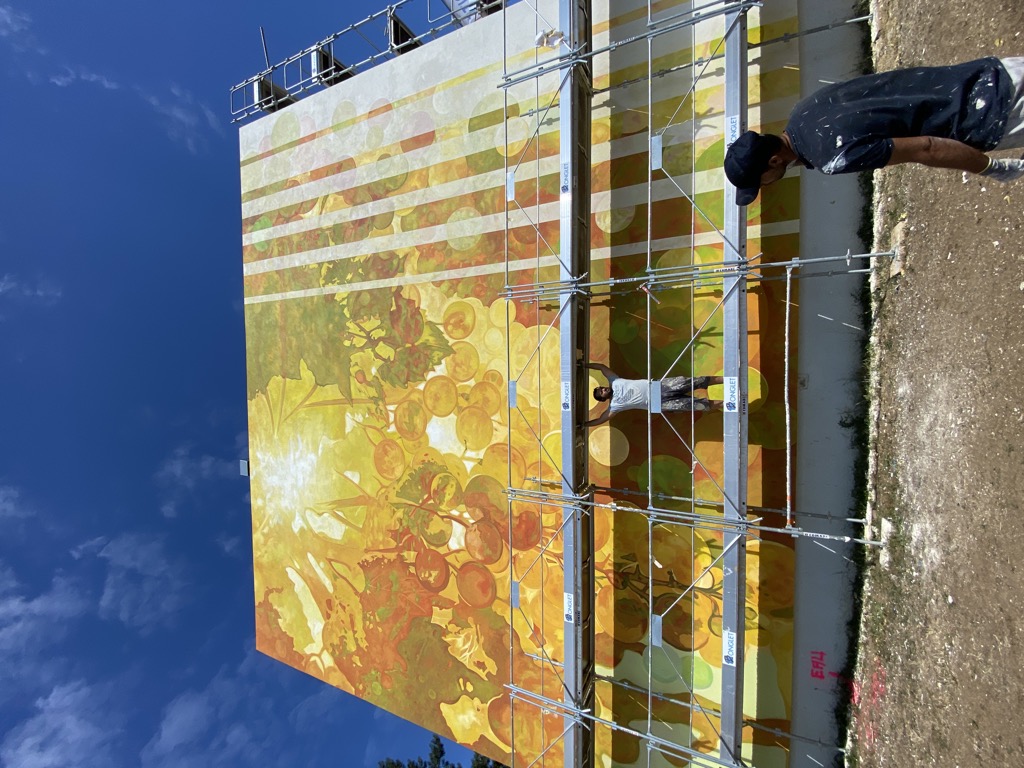 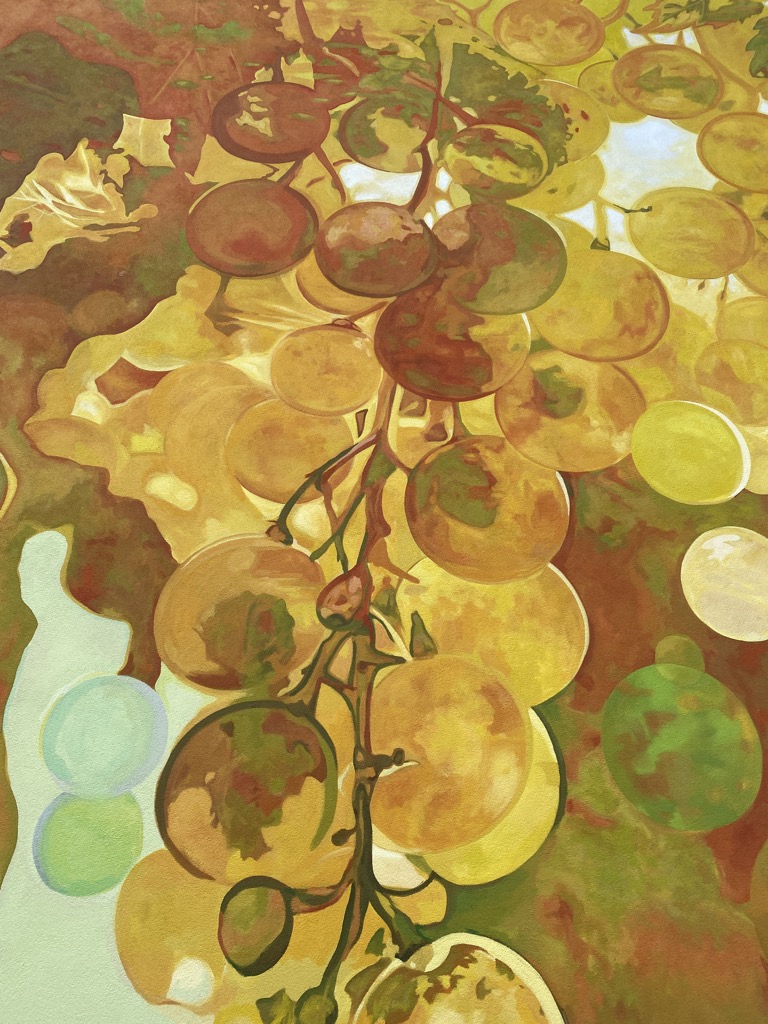 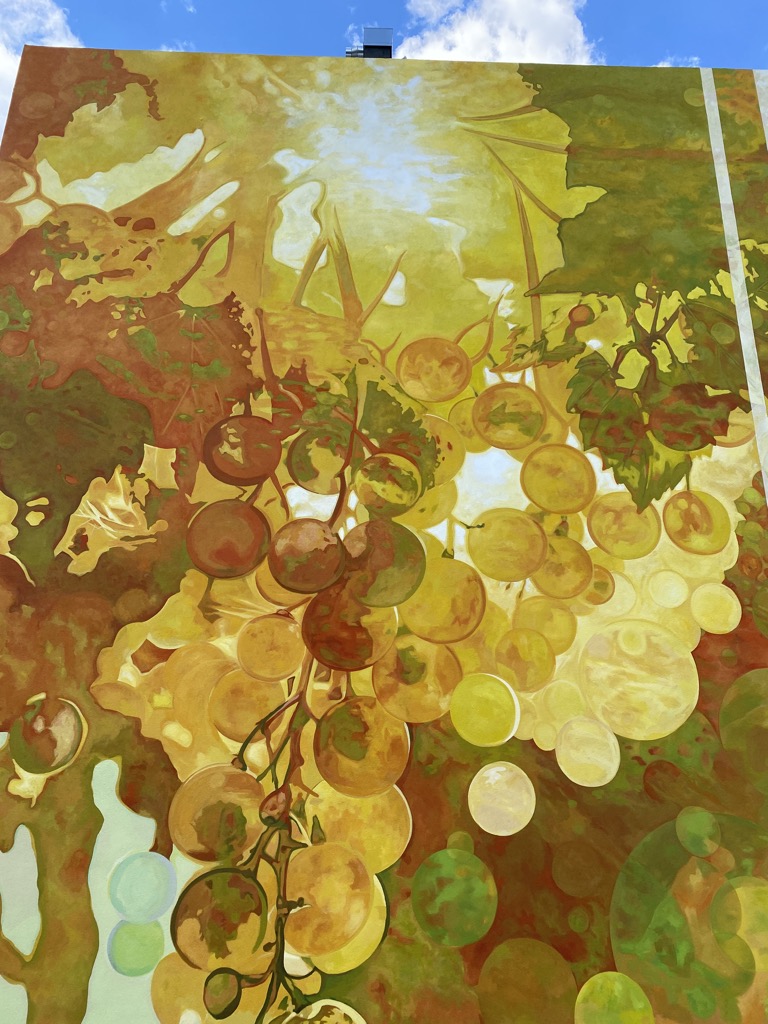