Tony Garnier urban Museum continues its transformation thanks to the involvement of the landlord Grand Lyon Habitat. The Tony Garnier housing estate is getting a second facelift after the work carried out in the 1980s. As a reminder, the Tony Garnier urban Museum a huge open-air museum with 5,500 m2 of murals, was co-created by and with the inhabitants of the Cité Tony Garnier and the designers of CiteCreation in 1987. It is a happy marriage between the protection of the built heritage of the social landlord, Grandlyon Habitat, and its enhancement, between the promotion of heritage and the expression of new cultural identities. What a phenomenal tribute to the genius of Lyon architect Tony Garnier!

The “Clock tower” is now enjoying a second life, thanks to a total renovation by the designers of CitéCréation. This monumental mural work, created in the grandeur and majesty of the administrative centre of the Cité Industrielle, is a flagship signal erected as an official and public emblem.

The clock face has 24 digits evoking the uninterrupted activity of the public service, as desired by the architect Tony Garnier. The clock is real and integrated into the painted wall… It works and gives the exact time. 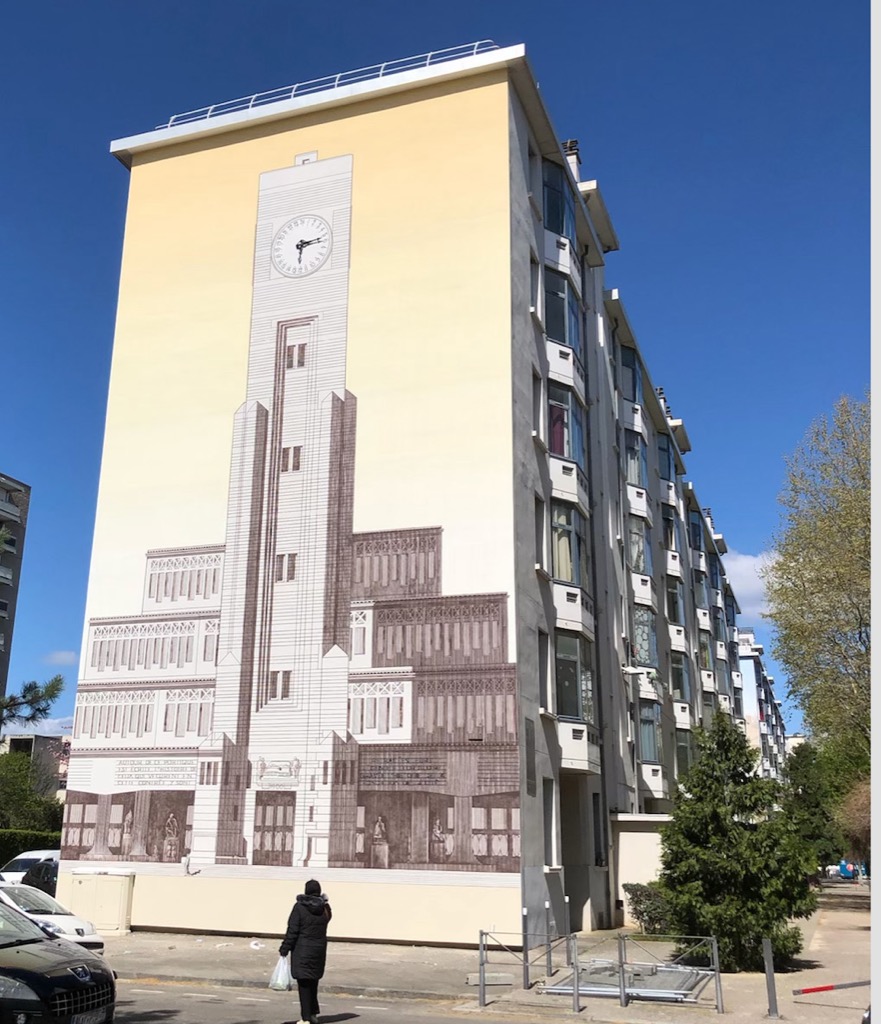 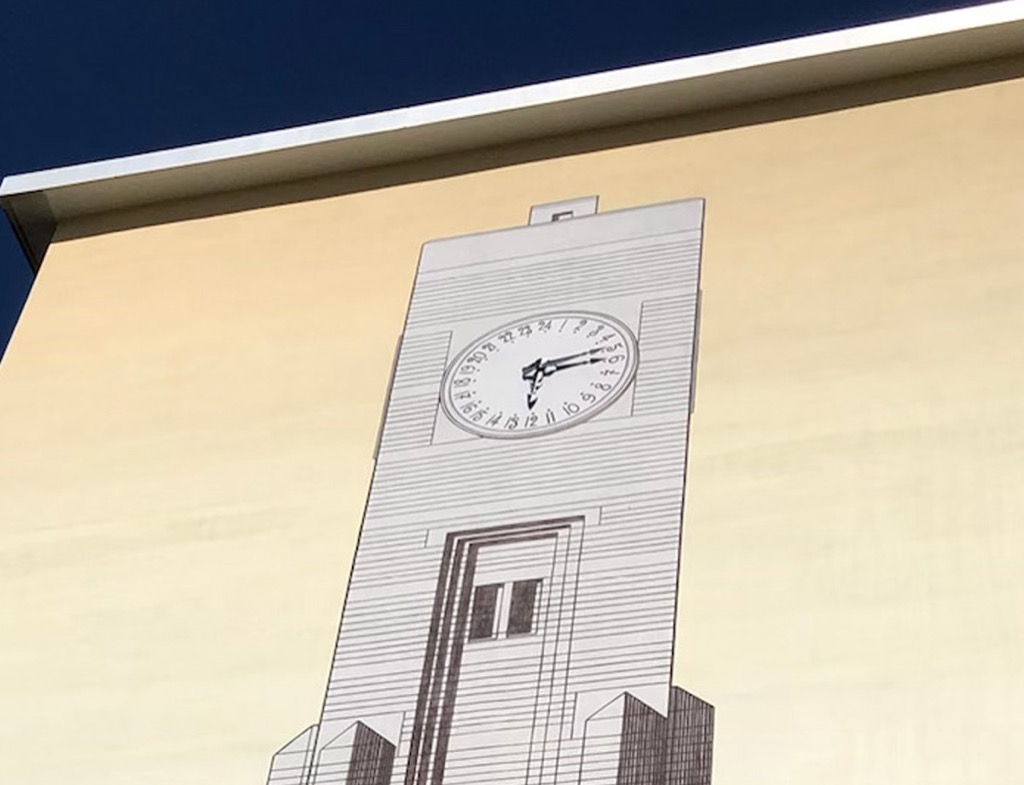