prepared. Indeed, Chaumont Habitat has commissioned the company CitéCréation to give a boost to several building facades. The one on Rue Ribot is the first to be created. “We first carried out several consultations with local residents to find out what they wanted. It’s very important for us that the residents take ownership of their living space,” explains Gaspard Mariotte, artistic director of CitéCréation. On this fresco, he is working with Vincent Frossard and Pauline Deas. “The inhabitants wanted colour but also a link with the city centre,” he continues.

As a result, this first work represents the rue Victoire-de-la-Marne during a summer festivity. “We were inspired by the Grand Pardon without copying and pasting,” he says.

There are still two or three weeks of work to finish this first project. “We are going to create a graphic path in the Val Barizien sector, the second fresco should start in April and will pay tribute to the covered market.

“The whole project should be finished within 5 to 6 years,” stresses the social landlord, Chaumont Habitat. 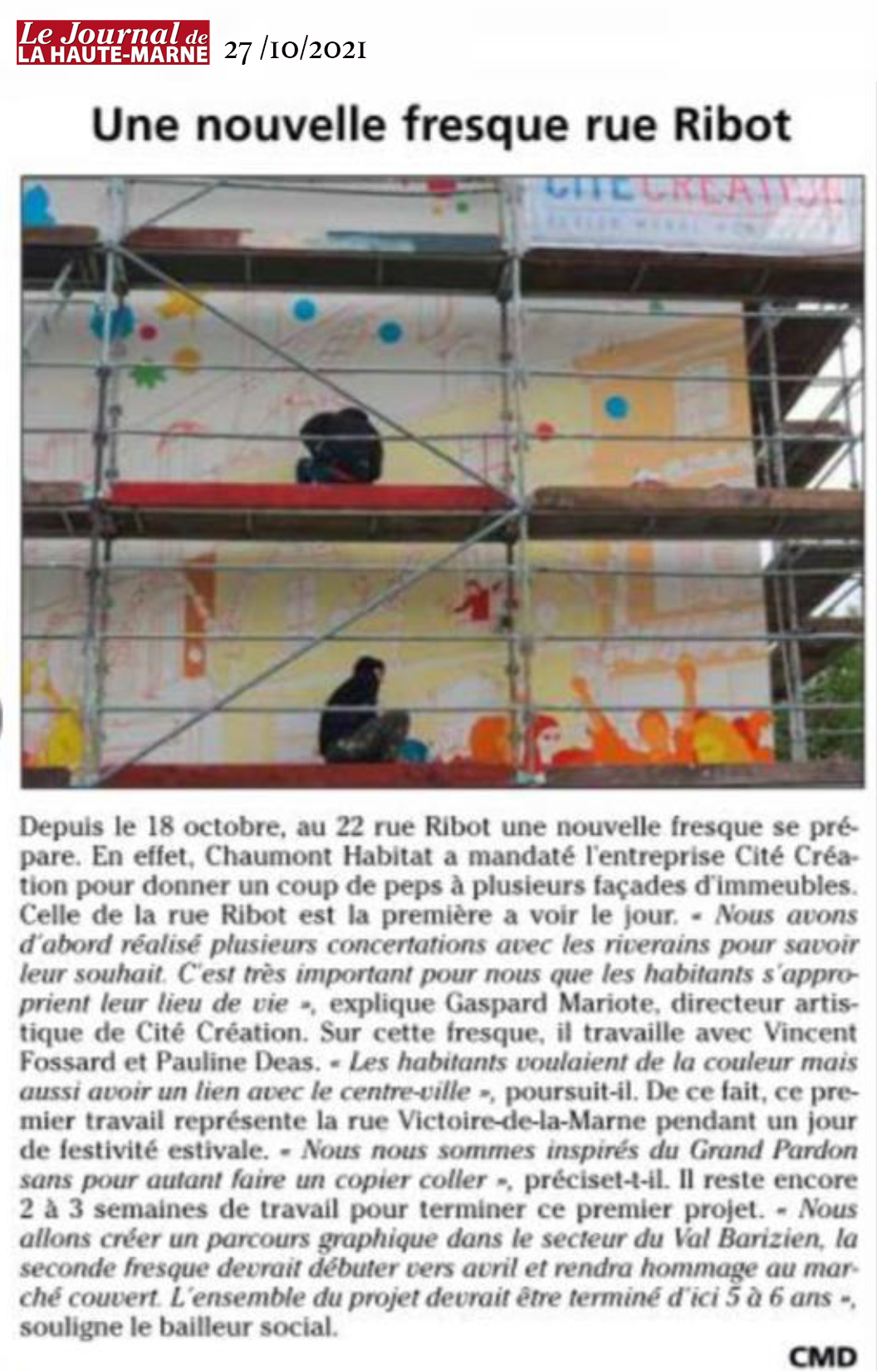