A mural for a century of history

The social landlord Val de Berry is celebrating its centenary. To mark this anniversary, it has commissioned a large fresco designed by the artist Bernard Capo and has mandated CitéCréation for its realization.
Val de Berry is the department’s leading public social landlord, with approximately 11,200 housing units in the Cher department, spread over a hundred municipalities. On the occasion of its centenary, its president, Emmanuel Riotte, decided to mark the occasion by giving the rear façade of the building an artistic makeover. “We decided to call on the Berri¬chon artist Bernard Capo, giving free rein to his imagination” to highlight the social housing.
The aim of this fresco is to highlight the heritage, but also to refocus attention on social housing. We need to leave a trace in time,” says Emma¬nuel Riotte. The centenary will be marked by this fresco… The idea started to take shape about two years ago, and then we thought: “What kind of mural do we want to represent the diversity of our tenants? “Which artist could best embody our wish? The artist Bernard Capo was chosen for his delicate pencil stroke.
Known to the people of Bruges, the comic book artist took up the challenge. I’m not used to doing this kind of fresco, I’m more used to A3s,” he says with a smile. For this fresco, I had a trigger: Jean-Jacques Rousseau (the name of the street where Val de Berry is located), I quickly got the idea of doing it in black and white. On the one hand, I tend to prefer black and white, but on the other hand, colour can hide human features, so it’s another way of looking at things … ”
The mural highlights a range of Bourges inhabitants who have left their mark on local life. One can recognize, among others, the Berruyer artist Bas Coulard. The fresco also features symbols that are familiar to the inhabitants of the Cher region, such as Bourges cathedral, the hilly landscapes of the Sancerre region and the stele symbolising the centre of France in Bruère-Allichamps.
Once the drawing had been validated by the architect of the “Bâtiments de France”, a technical problem arose: how to create a 64 square metre fresco from an A3 drawing? This is where the design company CitéCréation comes in. “We called on them because they are leaders in this field, both nationally and in Europe,” says a Val de Berry manager. 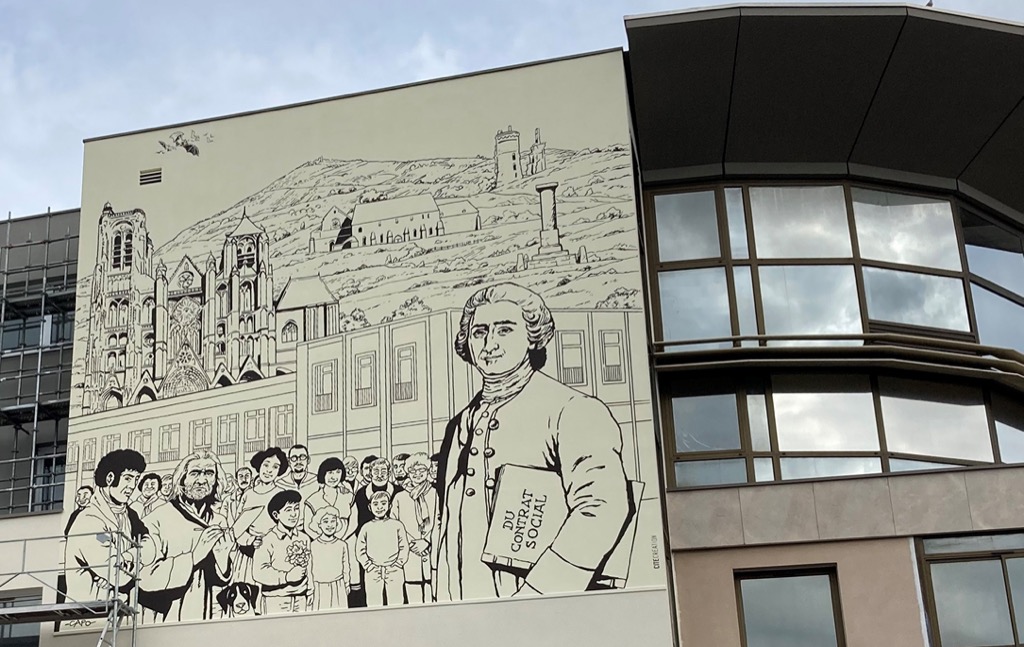 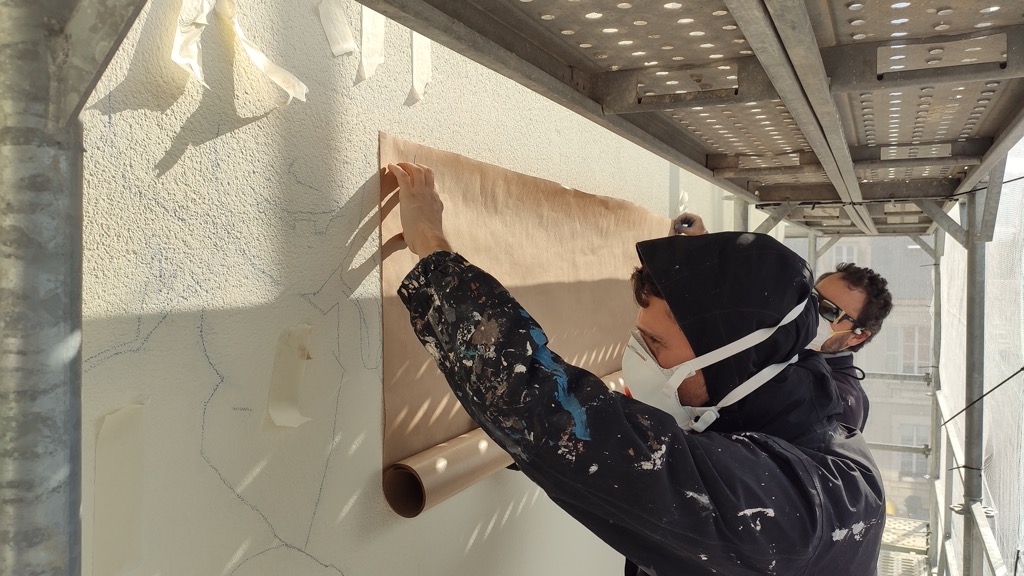 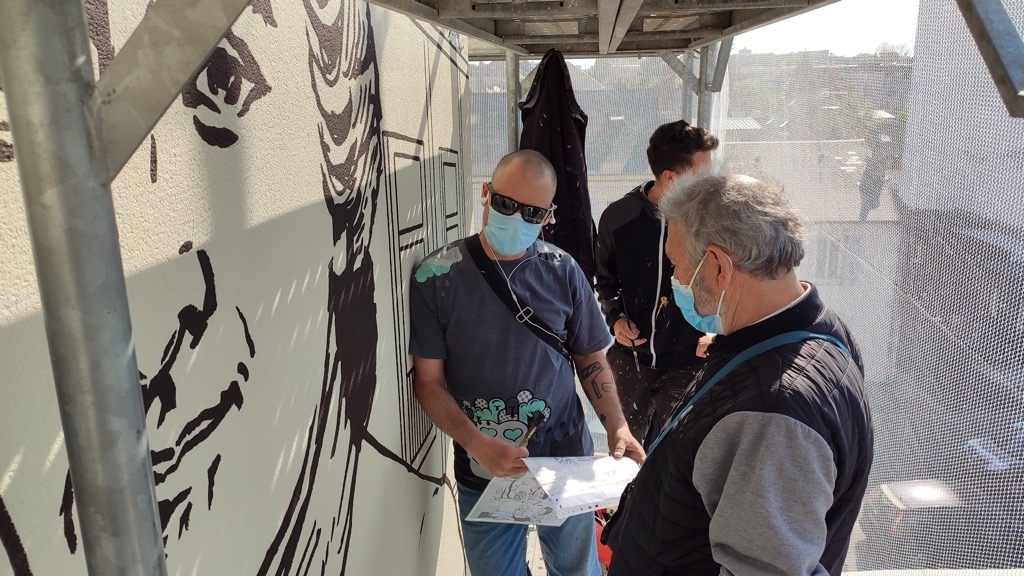 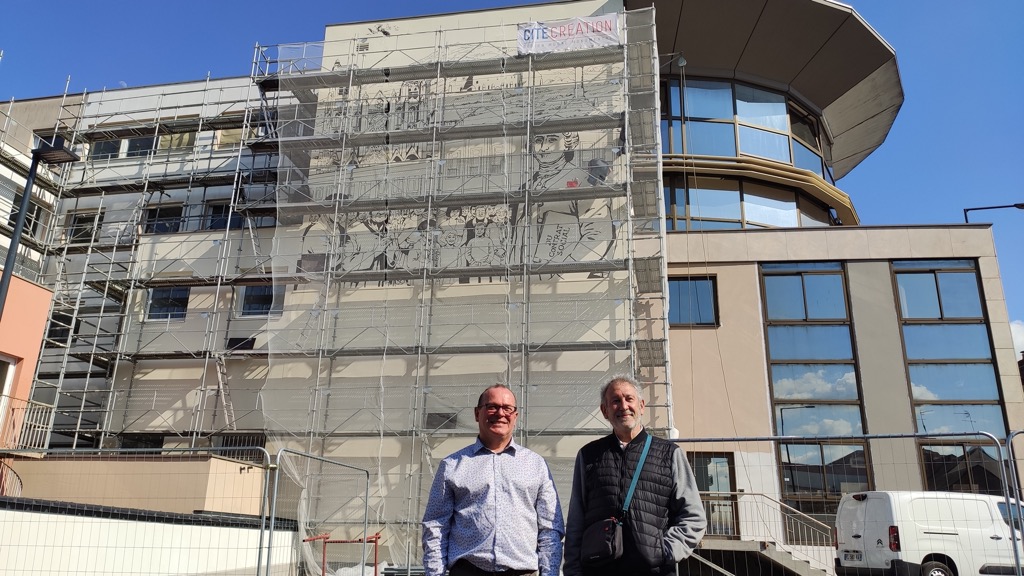 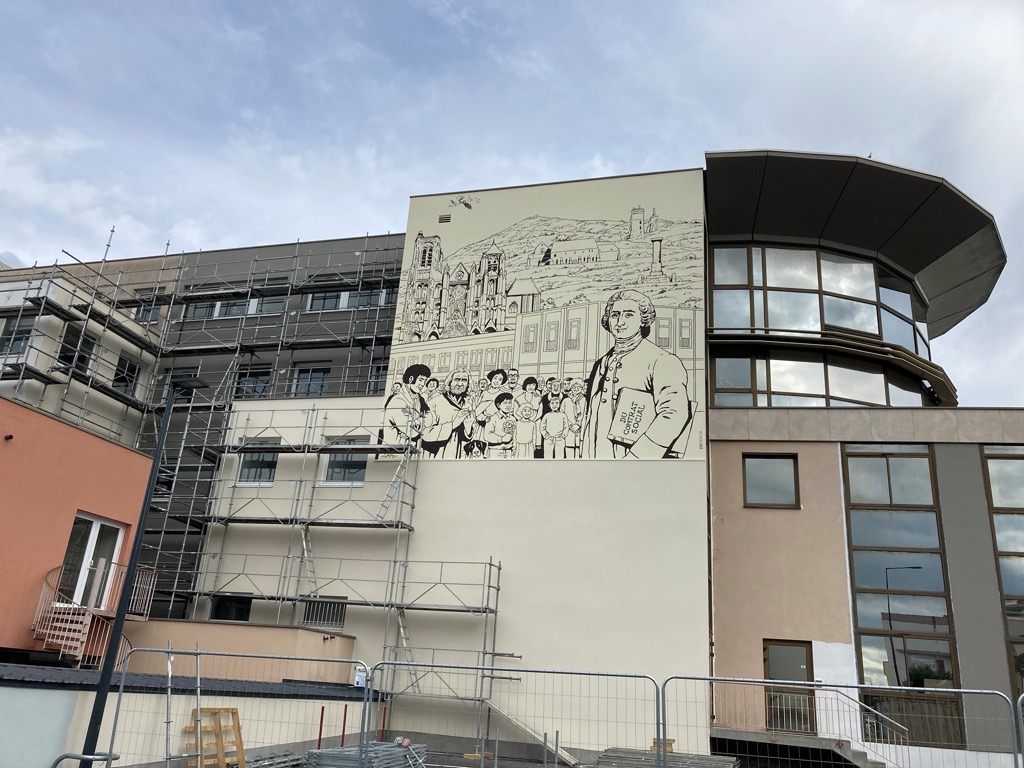 Jean-Jacques Rousseau
A mural for a century of history