The painted wall of the RIMa is finished

An explosion of colour in the grey October, 32 boulevard de la République, on the façade at the corner of rue du Tunnel. The 26th painted wall of Angoulême is finished. And it only took ten short days for the artists of CitéCréation to complete it.

On the right, Richelieu, the creator of the ancestors of today’s French marine forces; on the left, an imposing globe and an anchor; in the middle, a lighthouse. A multitude of symbols to celebrate the army without explicit references to the war: the work was not meant to represent anything bellicose, always defended the commissioners who had initially planned to create this wall painted a few dozen metres lower, at the corner of Avenue Gambetta. The architect of the Bâtiments de France (ABF) had said no.

Price of the work: 65,000€. Paid for by the City, but the 1st RIMa launched a subscription among its current and former soldiers. 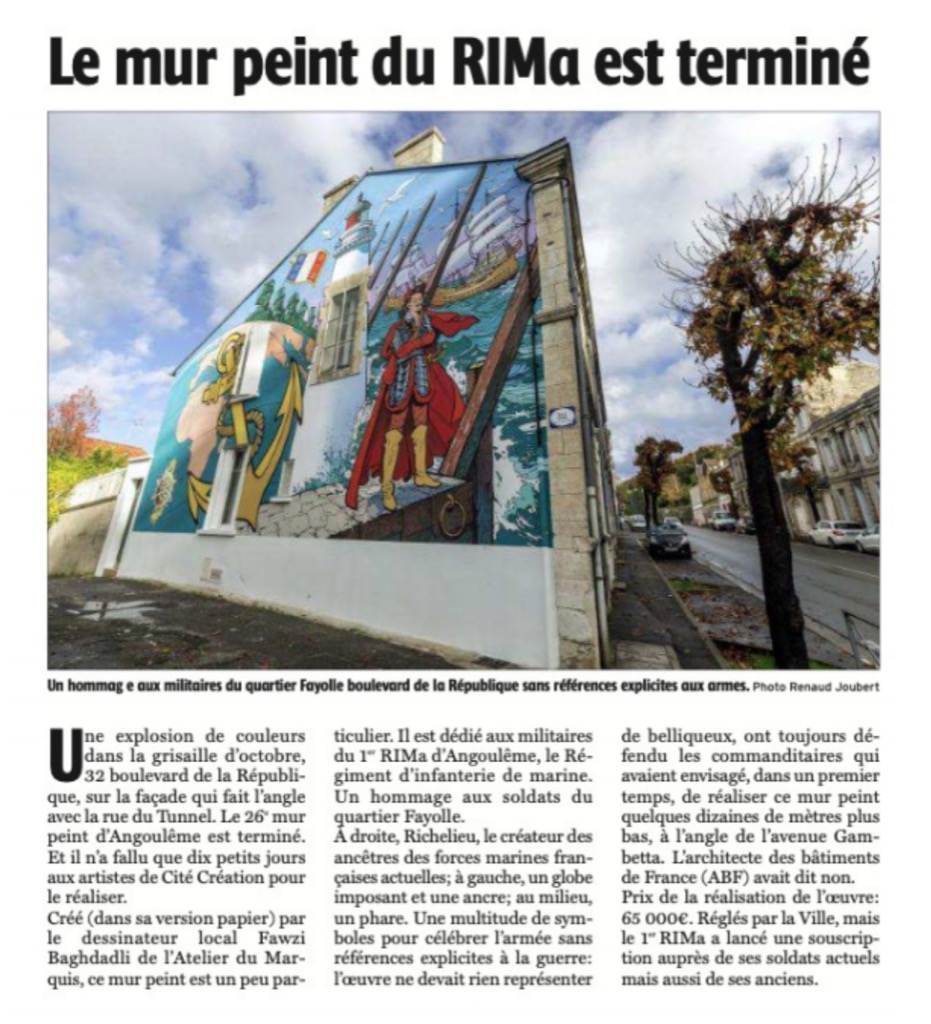