Les Sables-d’Olonne. A giant mural unveiled on the embankment

A team of muralists from the company CitéCréation is in charge of this giant creation.

On the side of the Eole residence, on the embankment of Les Sables d’Olonne, a giant mural of 15 meters high and 20 meters wide is being created by muralists of the company CitéCréation.

It is still hidden by scaffolding. And for good reason: the huge mural on the side of the Eole residence, on the embankment of Les Sables d’Olonne, not far from the clock, is under construction. Nevertheless, it is already attracting attention.

A work by Albert Marquet

A team of muralists from CitéCréation, a company based in the Lyon region and specialised in this field, is in the middle of creating a 300 m2 mural on the gable of the building. The work Reproduced over 15 metres high and 20 metres wide, it is the work of Albert Marquet. Summer, the beach of Les Sables d’Olonne. 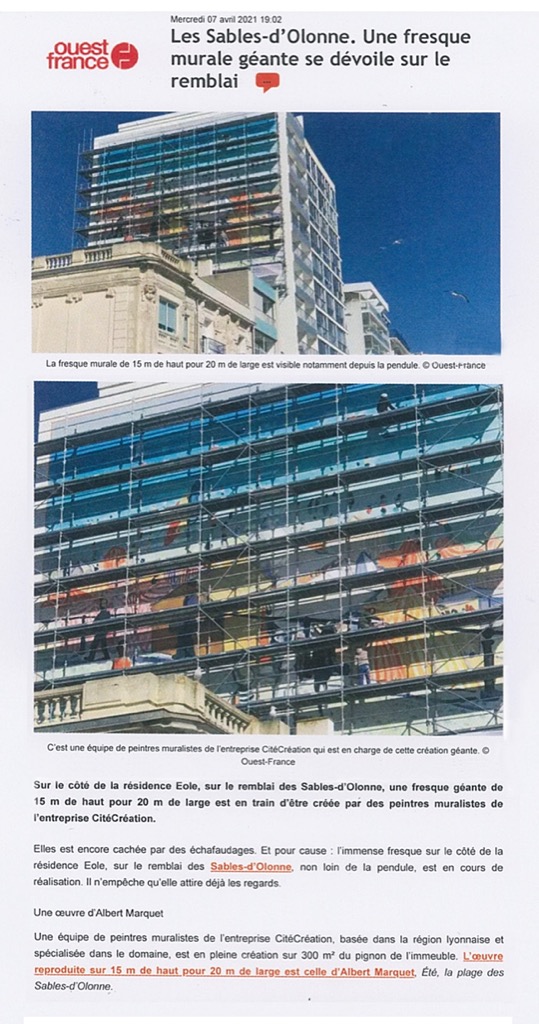